The Origins of the Alpha Male?

During a workshop discussion on sex-positivity in romance at the recent New England RWA Conference, author Alyssa Cole mentioned in passing that a fellow writer (didn't catch the name) once told her that the term "alpha" had originated not in the study of wolves and wolf pack behavior, but rather from a far less lofty animal: the chicken. And not in studies of male roosters, bossing around a pack of obedient female chickens, but rather from the pecking order of chickens. Female chickens. Yes, that's right. Alpha hens, anyone?

After hearing Cole's claim, I couldn't help but be tickled by the image of a plethora of urban fantasy shifter chicks (of the feathered, rather than the human, variety) suddenly dominating the paranormal romance charts. But her statement also made me intellectually curious: I couldn't help but want to track down that chicken citation, to see if the great irony of hens as the source of alpha-ness in romance could possibly be true. 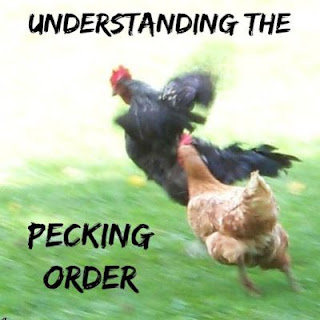 Zoologists have studied dominance patterns in chickens for more than 100 years, but I couldn't find any references to the term "alpha" in (my admittedly brief foray into) such work. A Journal of Genetic Psychology article from 1968 by Richard Gottier, "The Dominance-Submission Hierarchy in the Social Behavior of the Domestic Chicken," points to Norwegian Thorleif Schjelderup-Ebbe as the first to research dominance behavior in chickens. His dissertation dates from 1921, and was "introduced" into English in 1927, according to Wikipedia. But it is the colloquial phrase "peck order" or "pecking order" which seems to stem from Schjelderup-Ebbe's research, rather than the phrase "alpha male." 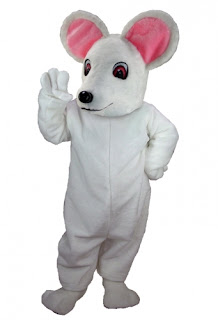 The Oxford English Dictionary dates the first use of both "alpha" (in the sense of "designating a dominant individual, especially one dominant among others of its own sex in a mixed group of social animals") and its gendered derivative, "alpha male," to a 1938 article in the Journal of Comparative Psychology by one J. Ulrich. Unfortunately, a search of the journal's online listings reveals the animals analyzed in Ulrich's study are not hens. But their subject is almost as amusing, when set in the context of romance alpha maleness. The title of Ulrich's study? "The Social Hierarchy of Albino Mice."

Might the word or the term have appeared earlier than Ulrich? A Google Books Advanced search for "alpha male" between 1900 and 1930 brings up no further zoological citations, but does feature several references to the "Alpha Male Quartette" (otherwise known as the Rockefeller Bible class quartette), performing at a rally for young Baptists, for the Michigan Thresherman's Society, and the Illinois State Penitentiary at Joliet.


If anyone out there has any further information about the link between the phrase "alpha male" and chicken (or mice) research, I'd love to hear about it...