If you're disheartened, disenchanted, or simply outraged by the current state of the U.S. national political situation, you can exercise your right to protest in myriad ways. Write to your elected officials to express your opinions. Attend rallies to support the causes you believe in, or protest against the policies you don't. Join a local or national political action group. Call your state senator or congressperson and register your concern.

Or, if you are a romance writer, you can pen a protest romance.

Several RNFF favorites, as well as a few unknown-to-the-blog other writers, have done just that, jointly publishing Rogue Desire. The anthology's tagline reads "When all else fails, find love," but the eight short stories in the collection are about more than finding a romantic partner; they are about how love and protest politics can and do intersect, and to what ends.

Several of the stories are pretty much wish-fulfillment, political protest-wise. Stacey Agdern's "Truth, Love, and Sushi" is one of them, setting forth the dream that that a child of an abusive authoritarian president will turn against him (calling Tiffany Trump, anyone?). Caroline Crosby's father has recently been elected president, and she has to decide whether to leak documents from a secret notebook detailing "Jason's [her father's] innermost thoughts, Sophia's [her mother's] infamous lists; and things that nobody would admit to in public, let alone write down in private" (Kindle Loc 3757). The leaking seems pretty much a foregone conclusion, even with the small threat that Caroline's youngest sister will be taken away from her if she spills. The romantic attraction between Caroline and her love object, a political blogger, is never to be, apparently, because he's the one through whom she's going to leak the documents. I didn't quite get that, to be honest; since they were already hanging out together in public, it seemed that Max would already be on suspicious folks' radar, even if Caroline stayed away from him post-leak. There's not much in the way of models of positive action that the average reader can take away from this story, either, but wish fulfillment does have its place as a coping strategy, no doubt.

Although at first glance, the story that opens the collection, "Grassroots" by Adriana Anders, appears to fall far less in the realm of fantasy, it still gave me pause. Veronica Cruz, a preschool schoolteacher, decides to take her protest local by running for city council. Odds seemed stacked against her—the local privileged white guy, Clint S. Rylie, may have cheated on high school tests to earn his "A's," but his attractive wife and kids and his financially well-endowed campaign attract far more attention to his campaign that Veronica's local canvassing does to hers. But after Veronica meets a hot blind blogger while on the rounds, she suddenly discovers people she's never met beating the campaign trail on her behalf. Apparently the hot blogger is a wildly popular Internet influencer with the online name of "Horde," and has asked his multitude of fans to get out for the cause. Despite being incensed by the guy's interference, Veronica ends up sleeping with him. But when it turns out that Horde has dug up dirt about Veronica's opponent and revealed it to the press, all without consulting her, she (rightly, in my opinion) blows a gasket. Winning an election due to another person's social media contacts, rather than to actions a candidate takes on her own, struck me as both a wish-fulfillment fantasy and pretty disempowering for Veronica.... 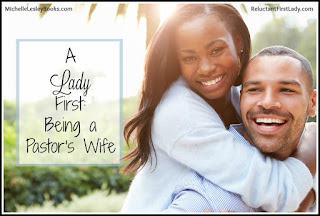 I was surprisingly charmed by new-to-me author Jane Lee Blair's "My Delight Is In Her," which features a second chance romance between Kim, who turned down a chance to marry her boyfriend when he decided to become a Presbyterian pastor, and said pastor, Leonard, who is serving a flock in one of nation's capital's less privileged neighborhoods. Kim knows that congregants are always up in the business of their pastor's "First Lady," and wants no part of such a public life. She's chosen public service of a different sort: working in the Department of Labor: "I know they kept me because my skin color looks good on their graphics. I know it. But I'm gonna stay for as long as I can do the most good—or prevent the most harm" (4767). But when she spies Leonard at a protest march, then her date wants to take her to Leonard's church, and then she runs into Leonard again during an organizational meeting for a city-wide protest/prayer service—well, she can't help but revisit her original decision. While Blair states in her author's note that this story is not an inspirational romance, it has many of the trappings of one—protagonists who do not have sex before marriage; Bible verses providing inspiration; change in the direction of the romance that occurs via spiritual insight. But it also has a lot of swearing, some drinking, and an acknowledgement that sex and sexual drives are positive forces in life, not to mention an appealing sense of humor. This is Blair's first published work; I'm looking forward to seeing where her talents take her in future.

Political possibilities, not just romantic ones, are clearly present in the best three stories in the collection, by RNFF standbys Amy Jo Cousins, Emma Barry, and Tamsen Parker.* Paige Robinson, one of the protagonists in Parker's "Life, Liberty, and Worship," has chosen to stay on in her post at the Department of Housing and Urban Development, despite her major disagreements with the policies being implemented by the new administration. Spin class is supposed to be the one place where she can chill from the stresses of her job and politics. But the nerdy guy who takes the bike in front of her, the one who wears t-shirts that are "walking billboards" for his fiscally conservative politics: "Stop the War on Small Business," "Keep Calm and Fight Socialism," and "What Would Milton Friedman Do?" is driving her up the wall (6255). Loathing him even while fantasizing about fucking him, Paige channels her rage into hellacious workouts. But when Paige discovers that the guy she's been calling "Dick" is Carter Cox, the conservative penning smart position papers for the Republican Study Committee, papers that she can't just dump into the shredder without another thought, she can't keep her mouth shut any longer, and her femdom tendencies come to the fore. Can a hate-fuck turn into a real romance? Only if one partner is willing to prove himself by taking political action...

Amy Jo Cousins' protagonists are also on different sides of the political spectrum, although their divide is not one of party, but of technique. Polite, well-behaved diplomat's son and future law school student Kaz Shamsi "had no patience for the anti-fascist protestors who had sprung up since the election and seemed to like fighting as much as the fascists did, no matter what they said about denying Nazis platforms. When shit got violent, brown and black bodies were the ones who ended up suffering most, from the violence or the inevitable police action in response to it" (2191). So when a masked antifa protester fleeing an angry mob during a DC immigrants rights rally that Kaz has brought a group of undergrads to attend jumps on his borrowed motorcycle, Kaz is tempted to tell him to get lost. No Pakistani immigrant needs to get mixed up in some white boy's rebellion. But when Kaz spies the protester's rainbow duct tape armband, he knows he can't leave him behind. High-speed chases get the adrenalin pumping, though, and some seriously close contact leads to an unexpectedly hot make-out session with the still-masked antifa. Who, it turns out to Kaz's enormous embarrassment, is none other than the annoyingly outspoken undergrad in one of the sections he's TA'ing. I really loved the way Cousins showed how people with different opinions can argue forcefully, but respectfully And how even people committed to political protest can make major mistakes. But also how they can learn from them, as seen in this hilarious, but educational, exchange: 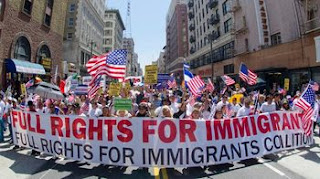 "Man, fascists really don't like it when you make fun of their dick size."
"Neither do I, because that's body-shaming, transphobic bullshit and we're supposed to be the good guys."  Shit. His teacher voice shot out of him involuntarily at the most inappropriate times. Or hell, maybe this was the appropriate time. Having saved this kid's ass—he ripped his eyes away from the sweet curve in those black cargo pants—the kid deserved to sit and listen to a lecture. "Do better."
"Yikes. I will. Sorry. I'm new to the revolution," the guy said as he swung a leg over the rear fender and hopped off the bike. "I can make fun of them for misspelling their signs, right?"
Kaz tried not to roll his eyes. Newbies. "Is making fun of someone's lack of education or potential learning disability really the hill you want to stake your flag on?"
"Fuck." The guy reached for his hood as if to shove it down, then froze and dropped his hands with an abortive gesture. "This shit is complicated."
.....
"Yeah, it is if you're doing it right . . . . Repeat after me: my revolution will be intersectional, or it will be bullshit." (2318)


In Emma Barry's "Kissing and Other Forms of Sedition," reckless presidential tweeting leads Graham to fear that nuclear armageddon might be all too nigh. Will he die before declaring his long-time love for fellow state legislative assistant Cadence? Damn no, he won't. But Graham and Cadence's night of passion fires Cadence to political, not just personal, heights, and she drags cautious Graham on a road trip to the capital, where she hopes to crash the house of the Secretary of Labor and try to convince her to "get the ball rolling on the Twenty-fifth Amendment process and remove the president from office" (3247). Unlike several of the other stories in the collection, this one doesn't have a too-easy ending, but it does push both its protagonists and its readers to think about just what love means—not just romantic love, but patriotism, love of one's country.

Like democracy, Rogue Desire is messy and imperfect. But it will definitely give you a few moments of entertaining respite from a politically infuriating world. And it might just give you a few ideas about how to begin to make that world a bit less infuriating.


* Tamsen is an NECRWA chaptermate and fellow board member of mine, who was kind enough to send me an ARC of this anthology. No board votes or chocolate chip cookies were exchanged during the writing of this review. 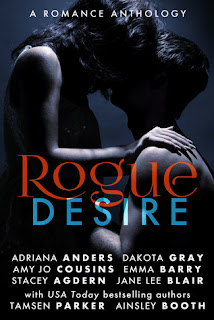