Getting the Sex You Deserve: Tanya Chris's MY GUYS

Conventional wisdom says that relationships most often founder over disagreements about either money or sex.  In Tanya' Chris's MY GUYS, the latter reason appears to be the cause of the implosion of narrator Melissa's fifteen year marriage to Alex. Catholic, white Melissa certainly wasn't going to forgive Alex for sleeping with other women, especially when he and Melissa were in the midst of trying to conceive a baby. But Melissa's at loose ends after Alex's departure: "There was so little left when Alex was gone that I thought, at first, that I was gone too, like he'd taken me with him when he moved out the way he'd taken the Keurig" (Kindle Loc507). At thirty seven, her divorce from the man she thought was her soulmate on the cusp of being finalized, Melissa knows that she has do something different with her life if she wants to get out from under the ruins of her failed marital dreams.

Happily married sister Morgan tells her, "Get some hobbies.... Improve yourself. Meet people. Stop looking for some guy to fill the hole in your heart. Be your own hero" (45). Before now, Melissa's life has revolved solely around her job and Alex: "I was going to be a wife, then a homeowner, and eventually a mother. By day, I would file taxes and he could file briefs. By night, we'd cherish each other and those eventual children" (45). If she is going to find out who she is, and what she wants, separate from Alex, Melissa needs to do something different. Something out of her comfort zone. 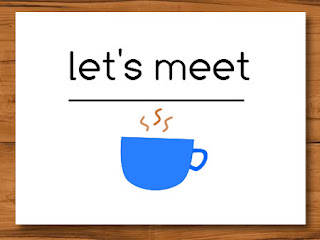 Melissa isn't expecting much from a local "Let's Meet" event at a local community theater, doing volunteer work to help build the set for the group's upcoming production. Nor from an invitation from a co-worker to try her hand at rock climbing at a local gym. But to her surprise, Melissa not only gets pulled into both of these communities, but also into a relationship with a different twenty-something guy from each of them.

Nate, a charming, charismatic actor in the community theater, loves women, especially older women. But he is definitely not interested in any sort of monogamy: "Exclusivity. Commitment. Relationship with a capital R. I don't see the point. . . . I can't do it" (832). Nate will never cheat on Melissa (who he renames Lissie) because he will never promise to be sexually or emotionally faithful to her alone.

Lissie, who has always though of herself as somewhat of a prude, is reluctant to become sexually involved with Casanova Nate. But when it seems Nate is about to take her refusal to heart and move on to other opportunities, she can't bring herself to give up the chance to have sex with someone other than her husband. Not when she's so physically attracted to Nate, an attraction she hasn't felt in many years, even for Alex. 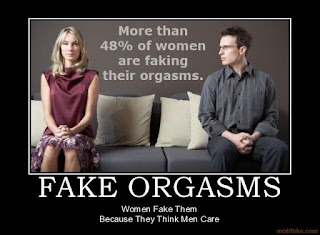 But their first time in bed together doesn't quite go the way Lissie had planned. Knowing how difficult (nay, impossible) it is for her to come during penetrative sex, Melissa does what she's always done: fakes her orgasm. Nate, though, unlike Alex, is very aware of his partner's body, and can tell Lissie's not really there with him: "I know that most women need something more than a dick moving in and out of them. It was highly unlikely you were coming that easily, that quickly. I hadn't earned it." (1608)

Talk about embarrassing! But rather than reject her, or yell at her, Nate surprises her by gently asking her about her past sex life, and about her reasons for faking. And then works with her to discover what does turn her on, and what doesn't. Honesty, no lying, that's Nate's mantra, both in and out of bed. And Lissie finds that it's one that works for her, too. And that she's content with their intensely intimate times together, as well as with the reality that when they are apart, they are apart: "our lives didn't spill over into each other's" (1956).

Lissie expects that her blossoming sexual relationship with Nate will make her feel less attracted to the other younger man she's been drawn to, shy, sexy part-Asian Derek, a fellow climber at her rock gym. But in fact, it's the exact opposite: energized by her sexual discoveries, and by the physical high of climbing (and given a bit of a nudge from Nate), Lissie extends an invitation to Derek to share a sexy shower after a shared climbing trip. And suddenly, abandoned wife Lissie is dating not just one but two men, hardly able to believe she's the same "uninteresting, uninterested" woman her husband cheated on.

Derek, more of the steady monogamous type than is Nate, isn't happy to learn of Nate's existence. But Lissie isn't ready to settle down with either guy, or give either one up. Nate, the performer, isn't jealous of Lissie's relationship with Derek; in fact, he ends up giving her some great advice about how to help Derek become a better lover (his oral sex skills leave something to be desired):

"You could give him some guidance, you know, with his technique. You don't have to accept it as bad."
"I wouldn't know how. I don't know what you're doing down there. I'm not that conscious."
"You know what feels good and what doesn't. Tell him."
I didn't answer, trying to imagine a conversation along those lines.
.....
"Lissie." Nate brought a hand up to my breast. He rubbed the nipple idly with his thumb, silent for a moment. "Never mind," he said at last. "It's none of my business. Just remember, you get the sex you deserve." (2721)


You get the sex you deserve. An idea that allows Lissie to think again about the explanations Alex offered her when he confessed his sexual betrayals. Explanations that she refused to consider out of hand at the time, but which she can't help but understand better after her own path to sexual awareness:

"But we do have sex."
"Rushed, routine sex. And not because you want to.... I can't go the rest of my life with a partner who's uninterested in sex, who's uninterested in me. I can't do it."
.....
"You could have talked to me first," I choked out between sobs. "If things were that bad, I didn't know."
"If it makes you feel better to tell yourself that."
I tried to pretend I didn't know what he meant, but one scene after another was surfacing from the depths of my memory—my hands stopping his as they moved down my body; the resistance in my shoulders when he tried to push me down his; my harried look when he kissed me during the day, flinching away from him because I knew where it would lead; the heavy sigh when his hands reached out to me under the covers.
"It's been that way for years. Beyond years. This baby thing was the first time you approached me for sex since Costa Rica" (1221)

What kind of sex does Lissie deserve? And what kind of relationship? Can giving voice to your needs in bed help you give voice to those outside of it? And which—or how many—man/men will she choose to voice her needs to? Lissie's story may be less of a romance and more a coming-of-age story (if one can rightly label a thirty-seven-year-old as "coming to age"), but it has a lot to offer readers who have been raised in families or cultures (or by conventional romance novels) to believe that sex is something that happens magically, without any discussion, without any learning, without any sharing of likes and dislikes with one's partner. And if it doesn't feel right, then there must be something wrong inside of you, rather than something wrong with what you and your partner are trying to doing together. 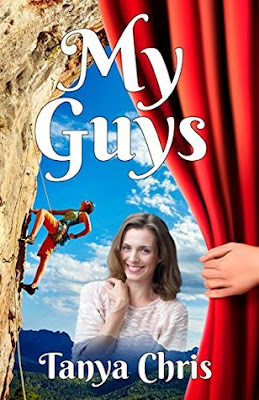