Can You Define "Feminist Romance"?

At the Boston Book Festival last Saturday, I had the great pleasure of sharing a stage (or, rather, two chairs in the front of a conference room) with contemporary romance author Aya de León for a panel discussion of  "The Hows and Whys of Feminist Romance." We had a mixed audience—some romance writers, a lot of romance readers, and some Book Festival attendees who were simply intrigued by the seeming paradox of "feminism" and "romance" appearing in the same workshop title. Given that mixed audience, we thought it would be good to start by opening our panel by defining some terms: "romance," "feminism," and "feminist romance."

For me, the first two were fairly easy to define, but the third was a bit more fraught. Not just because I'm more of an intuitive reader and reviewer ("I recognize it when I see it—or don't see it"), but also because earlier discussions I've heard and participated in made me doubt whether a subgenre labeled  "Feminist Romance" is even possible (see this post on Cecilia Grant's blog for a sample of such conversations). The decision to name this blog "Romance Novels for Feminists," rather than "Feminist Romance Novels" was a deliberate one. Not just because I didn't want to give the appearance that I was the sole or ultimate arbiter of whether or not a book was feminist, but also because I wasn't sure that "Feminist Romance" could even exist as a category or subgenre. Sure, some romances can contain feminist elements and ideas, but since the romance genre focuses so tightly on romantic relationships, and often insist that those relationships are the most important aspect of their characters' lives, the very definition of "romance" seems to negate what feminism takes for granted: that other aspects of a woman's life are equally (and often more) important than with whom she falls in love.

But after looking at and thinking about different definitions of both "romance" and "feminism" with Aya, we each came up with definitions of "feminist romance." Here's a brief run-through of how we talked about definitions at the BFF: 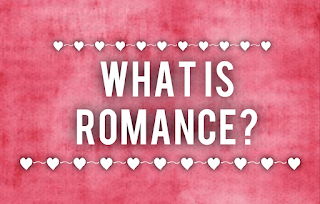 What is a romance?

Aya and I wanted Boston Book Festival attendees to know that we were talking about mass market genre romance, not Romeo & Juliet, not literary fiction or women's fiction with romantic elements. Category romance published by Harlequin and other publishers; single-title romances from major New York and smaller independent publishers; and self-published books by authors who identify as romance writers or who tag their books as "romance" on publishing platforms.

For those who wanted a more specific definition, we pointed to the definition set forth by the Romance Writers of America. According to RWA, a romance must have two basic elements:

• A central love story. "The main plot centers around individuals falling in love and struggling to make the relationship work. A writer can include as many subplots as he/she wants as long as the love story is the main focus of the novel"

• An emotionally satisfying and optimistic ending. "In a romance, the lovers who risk and struggle for each other and their relationship are rewarded with emotional justice and unconditional love."

We also pointed out that while the traditional definition of "romance" pointed to a story about one man and one woman, that definition had expanded dramatically in recent years to include queer romances as well as romances with more than two protagonists 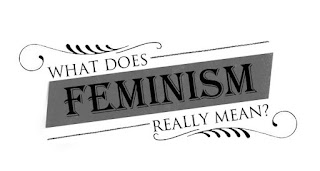 I always think of Rebecca West's famous quote when I'm asked to define feminism: “I myself have never been able to find out precisely what Feminism is: I only know that people call me a Feminist whenever I express sentiments that differentiate me from a doormat or a prostitute” (1913). Aya, whose romances feature sex workers, had some problems with the last part of West's quip, deservedly so.

For more specific definition, then, we turned to the Oxford English Dictionary:

Advocacy of equality of the sexes and the establishment of the political, social, and economic rights of the female sex; the movement associated with this

I personally love this definition's focus on advocacy. During our talk, I mentioned the survey I did several years ago of romance writers, asking them to define feminism, and how many of them described feminism as a belief, rather than as an act. "I'm a feminist," or "I believe in feminist principles" rather than "I advocate feminism" or "I do feminism." In contrast, the OED definition insists that feminism is an act: to advocate, to support, recommend, or speak in favor of feminist ideas, goals, and principles.

If we believe that a romance can influence its readers, can advocate on behalf of certain ideas, goals, and principles, then perhaps the idea that a subgenre we can label "feminist romance" has the possibility to exist becomes a bit easier to imagine. 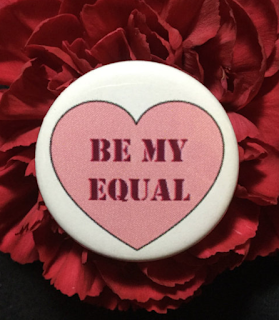 What is a feminist romance?

Aya and I each presented our own thoughts about how to define "feminist romance." Aya's definition: a romance in which the male romantic lead decides to step away from the male privilege granted him by patriarchy and get behind the goals and beliefs of the woman he loves (Aya's more of a spontaneous speaker than I am, so this is paraphrase of what she said, rather than a direct quote of her words). Aya's novels to date have featured male/female pairings, although they do include queer secondary characters; we didn't have the chance to talk about how her definition might be applied/modified to speak to queer romances.

My definition was more literal. I wondered if combining the RWA definition of "romance" with the OED definition of "feminism" might yield a helpful definition, one that would move beyond just celebrating the fact that romances are primarily written by women, or pointing to a strong, outspoken, feisty female character in a romance and then labeling it as feminist. Here's what I came up with:

• A central love story in which the characters and/or the author demonstrates a commitment to the political, social, and/or economic equality of the sexes. The main plot centers around individuals falling in love and struggling to make their relationship work in a patriarchal society. A writer can include as many subplots as he/she wants as long as the love story is the main focus of the novel.

• An emotional satisfying and optimistic ending. In a romance, the lovers who risk and struggle for each other and their relationship are rewarded with social, political, or economic, as well as emotional justice and unconditional love


How would you/do you define "feminist romance"?


Photo/Illustration credits:
What is Romance?: Better than a Story blog
What does Feminism Really Mean?: Whim Magazine
Be My Equal: Radical Buttons