When you hear the word "rape," what images of victims and perpetrators first jump into your mind? I've not been the victim of such a crime myself, and I don't involuntarily place myself in the first role. But I do tend to imagine a woman as the victim, and a man as the perpetrator.

Romance novels featuring characters who have experienced sexual assault tend to follow this same pattern: a woman as victim of a male perpetrator. I've seen the occasional romance with a man in the role as victim, but the perpetrator remains male.

Lorelie Brown's Her Hometown Girl is the first romance I've ever read in which the victim and the perpetrator have both been women.

Brown's novel opens with twenty five-year-old white schoolteacher Tansy Graves breaking down in the chair at Belladonna Ink, where she's in the midst of getting her first tattoo. Earlier that day, Tansy was supposed to have married her lesbian lover, Jody—a plan she ditched after she witnessed Jody "banging the [male] caterer's assistant right before the ceremony. And we're lesbians" (Kindle Loc 27). Thirty-nine-year-old Chinese-American tattoo artist Cai not only feels bad for wounded, insecure Tansy; she also finds her immensely attractive. Cai's instincts are to try and protect this wounded bird, especially when a not-so-contrite Jody comes searching for her fiancée. But Cai knows better than to interfere in a complete stranger's life. She may see signs that Jody is an unfeeling control-freak, but "then, I don't know their dynamic. Maybe this is the fifth time they've been through this dance. All things considered, I'm pretty helpless. This isn't my fight to pick" (page 11).

We get both Cai's and Tansy's points of view in this dual first-person narrative. And so when Tansy returns to her apartment with Jody, only intending to spend the night before moving out, readers witness firsthand the sexual assault an under-the-influence-of Xanax Tansy experiences at Jody's hands. A scene that feels both horrific and necessary, to not just tell, but to show potentially disbelieving readers that yes, female-on-female sexual assault can and does happen. Far more often than most readers might imagine: according to the Human Rights Campaign, which cites a 2010 survey by the CDC on intimate partner sexual violence, 44 percent of lesbians experienced rape, physical violence, or stalking by an intimate partner (compared to 35 percent of heterosexual women). Rape is not only about a penis forcibly entering a vagina without consent, something that Brown's story insists readers understand and begin to acknowledge. 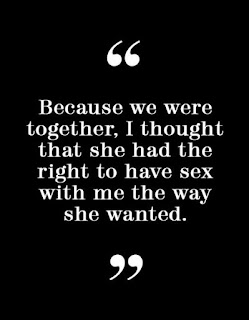 A difficult thing, something that even Tansy has trouble doing. Though she follows through on her resolve to leave Jody, she cannot bring herself to talk to anyone about Jody's sexual abuse. Not even Cai, whom she befriends, and then begins to date, six weeks after her breakup. Tansy is just starting to understand that Jody's behavior was less about love, and more about her need to manipulative and control: "I'm from Idaho, and the adjustment to Cal State Fullerton was overwhelming. . .  [Jody] set herself up as my rescuer, told me no one would ever understand me the way she did, and they wouldn't want me anyway" (20). And she's only just beginning to rewrite the story that Jody instilled in her, a story in which she was the messed-up, but fortunate, recipient of cool and calm Jody's "care":

It's so weird. No one wants to hear about my random bits of school teacher knowledge. Jody helped me tone that part of myself down and be more interesting. Unless she didn't. Unless she was actually just ruining me. (32).

Brown's narrative shows just how difficult it can be for a person who has been the victim of a manipulative, abusive intimate partner to react "normally" with a non-abusive partner. Tansy keeps waiting for the other shoe to drop, for Cai to casually demean her, or undercut her choices, or to guilt her into acting the way Cai wants her to, rather than the way Tansy wishes to. Recovering from abuse is especially difficult for a person like Tansy, who craves being appreciated, who likes being chased, and who is just beginning to discover that she enjoys being sexually submissive (something Brown makes clear is far different than being sexually abused).

"After . . . after the way things used to be, shouldn't I want to be calling the shots and be the one who starts everything?" a confused Tansy asks Cai after they engage in some dominance/submission sexual play (129). Even though Tansy's words make Cai suspect what Tansy may have suffered, Cai doesn't push; instead, she simply "takes what she's offered me and no more. 'Whatever you're doing is the way it's supposed to be. No matter if that was standing on street corners wearing a clown costume and turning somersaults'" (129). Cai's experienced her own share of trauma, albeit of a far different kind, and understands that each person must come to terms with it in her own way, and in her own time.

But when Tansy and Cai begin to introduce more power play into their sexual relationship, something that turns Tansy on when she thinks about it sends her into a panic attack when played out in reality. Which is not something Cai, nor Tansy, can simply ignore. Not if their relationship is going to survive Tansy's moving back home to her native Idaho. 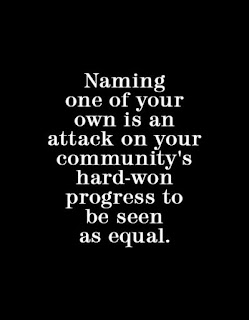 As Evan Urquhart notes in "Female-on-Female Sexual Violence is Real and Awful," "While there have been a respectable number of articles written about lesbian sexual violence, the reality of this problem doesn't seem to have fully penetrated into most people's awareness." He theorizes that this may be because the LGBTQ community has been so focused on marriage equality, advocacy for which might be undermined by addressing the problem of sexual abuse in queer relationships. I'd also hazard it has a lot to do with the dominant conception of rape in the heterosexual community, one that can see rape only if a male sex organ is involved.

Her Hometown Girl may go a little way towards address this lack of awareness in the romance-reading community, even as it tells an emotionally involving, and ultimately joyful story of two women falling in love. 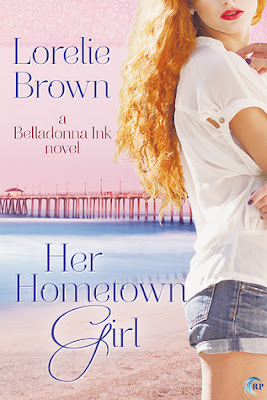