Composer Richard Wagner's magnificent operas, set against his deeply anti-semitic tract Jewishness in Music. The racism of the early cartoons of Dr. Seuss, or in the first-edition depictions of the Oompa-Loompas in Roald Dahl's Charlie and the Chocolate Factory. The myriad works of literature by lauded male writers, and the misogyny that runs like a bloody thread through their personal lives.

How can we love an artist's work, when we discover that the creator of that art held political or social views that we find to be morally repugnant? Or acted in a morally reprehensible way? Many shrug and say "It was different back then." But this already questionable position is even more difficult to take when the morally reprehensible actions have been done by an artist of our own times, our contemporary, rather than someone from the distant past.

Such are the questions confronting the male/male romance corners of Romancelandia after last week's tumultuous cascade of accusations and revelations about widely-praised queer romance author Santino Hassell. Over the past year, the pseudonymous Hassell has accused others of harassing him by trying to discover and reveal his IRL (in real life) identity, an identity that he claimed he kept hidden to protect himself from homophobia in his native Texas. But as accusations of Hassell's self-misrepresentation on a GoodReads thread, screen-shotted Twitter evidence to support such claims, and heartbreaking #metoo stories about Hassell's abuse of members of the queer community proliferated, reaching a groundswell late last week, two of his publishers, Riptide and Dreamspinner Press, abruptly announced that they had dropped him from their lists. Because the "author known as Santino Hassell" misrepresented himself to the publisher, which is cause for cancellation in the majority of author contracts. [If you want a more detailed timeline of the events leading to this, see these three posts from The Salt Mines].


What do we do when we hear that an author whose books we love has treated others with far less humanity than the characters in those books do? Has lied about who he is? Has catfished queer fans to mine their personal lives for story ideas, then used said stories not just without attribution, but without permission, in his novels? Who manipulated others to attack those who tried to call him out for his despicable behavior?

Many are taking down their reviews of all of Hassell's books on Amazon, GoodReads, and other social media sharing sites. Many are returning his books for refunds, or spending the $5 credit offered by Riptide to any reader who has ever purchased one of his books from their house on a book by a queer author other than SH. And many who supported Hassell's Patreon account after hearing him movingly write about of his cancer, his struggles as a single father, his bullied children—all claims which have turned out to be false—have yanked their financial support. 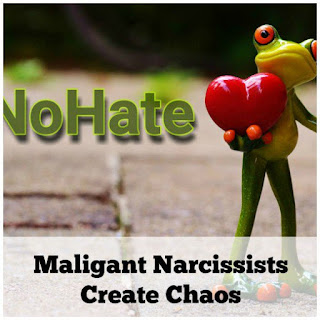 As a blogger, I am struggling with how to respond to this horrible cascade of accusation and abuse. I have a family member who was a long-time victim of a narcissist, one who sounds painfully similar to the person described by many who describe SH and his abuse. Being manipulated by such a  person is painful, embarrassing, and deeply shaming. All those harmed by SH's more direct abuse, you never deserved to be treated that way.

I have no desire to help advance the career of, or indirectly provide financial support to, an aggressively narcissistic abuser.


RNFF has reviewed several of Hassell's previous books. Should those reviews be taken down? Or should each be prefaced by and/or replaced with by a link to this post and a brief explanation, so readers can explore the issues and decide for themselves whether they feel comfortable reading a book by an author they would in all likelihood in real life shun?

Many other blogs, including Scattered Thoughts and Rogue Words,  From Top to Bottom Reviews, Vir Reviews, and Just Love have done the first. My gut instinct, though, is leading me toward the second. Because erasing evidence of abusive behavior makes us forget, not remember. Because history matters. Because readers, including myself, need to be reminded that a detestable  person can write an aesthetically and politically good book.


I'd like to hear from RNFF's readers before I make the final call.