When considering a romance novel's feminist credentials, the first place I typically look is at the novel's hero and heroine, and the relationship that develops between them. Does their love relationship work to support, or to undermine, feminism's central tenet, that women and men should have equal political, social, and economic rights? Do the novel or its characters pay overt lip service to such beliefs, all while the twists of the plot, or the decisions the heroine and hero make in order to be together at novel's end, undercut such glib pronouncements? Or are the heroine and hero truly engaged in the complex, difficult work of forging a love relationship in which each struggles to move beyond the limits of patriarchal sex, gender, and (if a wedding is included) marital roles? 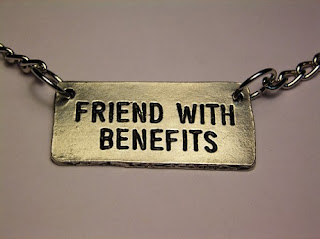 Yet sometimes you have to look beyond a book's protagonists to discover its feminist principles, a discovery I made while reading long-time romance author Pamela Morsi's latest contemporary, The Lovesick Cure. Oh, the relationship that develops between city girl science teacher Jesse Winsloe and country boy physician's assistant Piney Baxley when Jesse escapes to the Ozarks to nurse a broken heart contains nothing to make a feminist cringe. The fairly new romance trope of "friends with benefits" (or in this case, "acquaintances with benefits") who turn into long-term partners even nods towards feminism by acknowledging that women have sexual needs and desires separate from any particular man. And, as is the case in Morsi's novel, when it is the heroine who proposes the initial sexual relationship, the friends with benefits trope acknowledges a woman's sexual agency as well as her sexual need. But the message that Jesse shouldn't have given up her own needs for her former boyfriend seems obvious, and not very deeply explored from a feminist point of view.

Intriguingly, the most striking feminist aspects of the novel unfold not in the relationship between Jesse and Piney, but in the subplots of other relationships: between Piney and his son, Tree; between Tree and his girlfriend, Camryn; and between Camryn and her female relatives, cousin Jesse and Aunt Will.

As a name, Piney hardly conjures up the traditional alpha male hero. Yet it fits Morsi's male lead as comfortably as a well-worn shirt. Married right out of high school to his pregnant girlfriend, Piney never had the chance to fulfill his dreams of going to medical school. After his wife left him (not once, but twice) to raise their son alone, Piney settled for studying to become a Physician's Assistant. Working under the supervision of a doctor, Piney hardly qualifies as a stereotypical dominant hero in charge of his own destiny; in fact, his role as provider of the everyday healthcare needs of the people of his small mountain town casts him closer to the stereotypically feminine role of nurse/caretaker than to any traditionally masculine role. 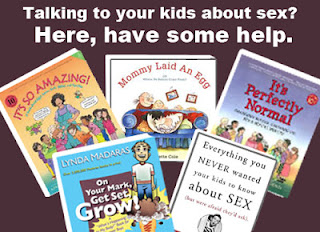 Piney's unconventional masculinity also informs his relationship with his seventeen-year-old son, Tree. After his wife's desertion, Piney's initial beliefs about childrearing ("he'd expected his wife to do most of the parenting. Women, he'd thought, were, by nature, more attuned to their offspring"), quickly gave way as he was forced to act in ways that belied them: "Maybe some women were. But Shauna knew even less about kids than he did. And she'd been a lot less motivated to care for one. Evidence of that fact being that Piney was all alone waiting up for his teenager. And he'd been all alone for most of his son's life" (34). Morsi introduces Piney to her readers not when he first meets Jesse, but instead while he's sitting on his home porch, waiting up in the dark for his son to get home. And despite the embarrassment Piney feels at speaking to Tree about his sex life, he doesn't shy away from discussing the potential ramifications of teen sex, or from encouraging Tree to not make the same mistakes he did when he was the same age. In her depiction of Piney, Morsi demonstrates that fathers can and do parent well, whether or not they embrace the construction of mother as by "nature" primary parent.

That Tree is trying, trying hard, to wait demonstrates the power of the open, honest, and respectful relationship he has with his father. But he's getting tired of people telling him what to do. Not just his dad, but also his girlfriend, Camryn, who keeps pressuring him to take their relationship to the "next level" for reasons completely unrelated to her love for him. That Tree insists upon making his own decisions about his sexuality, even to the point of temporarily breaking up with the girl he still loves because he doesn't want to compromise his own beliefs, gives a voice to those rarely-heard-from young men who break from the stereotypical masculine sexual imperative by choosing to abstain from sex during their teen years.*

Even while sympathizing with Tree, Moris refuses to make Camryn into the über-villainess a reader familiar with romance tropes might be forgiven for expecting when h/she discovers the girl's motives for enticing Tree into sex. Knowing that neither her unreliable father nor her cash-strapped single mother can afford to pay for her to go to college, and desperately fearful that as soon as Tree leaves for college he'll forget her, Camryn decides the only way to avoid being left behind is to get pregnant. Such a decision would likely cast her in the role of evil other woman in an Old Skool romance, but in Morsi's book, Camryn is portrayed not a villain, but a young woman with far too few choices in her life. Rather than demonize her,  Jesse and elderly Aunt Will encourage Camryn to rely on herself, instead of manipulating others. As Aunt Will counsels:

"To my thinking, the best plans are ones that don't require someone else's cooperation. I mean, folks are good to help when they are a mind to. But sometimes there is simply no help coming.... You've got to make up your own mind, form your own plan and get on with what you want in life. When you do that, you'll have your pick of men. Tree or some city fellow or a lug-head from the next mountain, it'll be your choice. But as long as you need a man more than he feels he needs you, then you'll always be stuck." (267, 271) 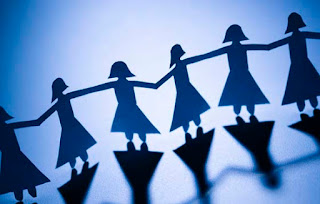 By watching Jesse and Aunt Will encourage, rather than denigrate or shun, the scheming Camryn, readers are invited to empathize with other young women who may be considering similarly poor plans when facing limited choices in their own lives. Neither turning Camryn into a villainous scapegoat, nor offering her an easy fairy-tale out (no long-lost relatives or benevolent billionaires drop a college scholarship in her lap), Morsi gives Camryn the same respect she demands the teen and other young women like her give themselves. That Camryn comes up with her own plan for what to do after the end of high school, as well as the courage to talk honestly to Tree about what their futures might look like, suggests that a feminist subplot might just be the best way to speak to a reader who may not be able to imagine herself playing the active lead role in her own life. 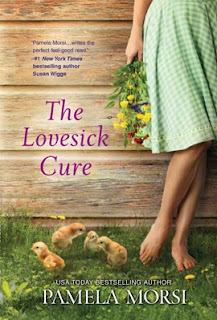