Can a stalker be a romantic heroine? The case of Sharon G. Flake's PINNED

In a recent post on the website of the Popular Romance Project, Deborah Kaplan muses on the different response readers in her graduate class on children's and YA fantasy have to the "stalker-ish" behavior of two different teenage paranormal heroes: Edward Cullen, the sparkly vampire of Stephenie Meyer's Twilight books, and Sorry Carlisle, the more ambiguously constructed witch of Margaret Mahy's The Changeover: A Supernatural Romance (1984). The question with which Kaplan concludes her post—is the morality of the hero's actions determined by the heroine's reactions to them?—seemed to stalk me as I read a very different book: Sharon G. Flake's YA novel Pinned (2012). But it wasn't the hero's actions that caused Kaplan's question to haunt my mind, but rather the heroine's.

A work of realism, not fantasy, told in alternating first-person chapters, Pinned tells the story of two African-American ninth-graders who appear to have next to nothing in common. Ambitious, intellectual Adonis is one of the top scholars at Beacon Academy, and basks in his teachers' encourage to "let my light shine, and not to be so humble" (63). Born without knees, lower legs, or feet, Adonis may be confined to a wheelchair, but knows that "you do not need legs to dream big. You need to be determined; convinced that it is within you to accomplish great things" (27).  Adonis's academic successes and lofty self-confidence lend him an air of superiority that many students find annoying, but few can dispute.

The only student who seems to rile him is Autumn, the one girl on the school wrestling team that Adonis manages. Saying whatever she thinks and feels, instead of measuring her words; fighting fiercely to win each and every wrestling match; outspoken about her determination to be the perfect girlfriend for Adonis: Autumn is precisely the type of aggressive, muscle-bound girl Adonis dislikes. Besides, she has such trouble reading, she probably hasn't even read a book since last summer, Adonis thinks. So what if Autumn keeps invading his dreams; Adonis will simply NOT allow her or her problems to pin him down.

Frustratingly, though, Autumn can't seem to take a hint. Or repeated hints. Or even outright rejection:

"Stop stalking me!" He puts up one finger. Then two. Then five when he say, "You show up at the van. Now you're at the elevator. Last week you were waiting for me after a morning meeting with Mr. Epperson. Plus you came to my AP psychology class. You forgot something, you told the teacher."
It sound wrong when you hear it out loud.
....
"I ain't like that. For real. It's just that—what if I texted you. Would that be better?" (35-36)

Autumn spends much of the remainder of the book dogging Adonis, sending him those text messages, asking him unnecessary questions about the wrestling team, even volunteering in the library just so she can be with him, though being surrounded by books literally makes her sick. Adonis uses the word "stalking" to describe her behavior, and vocally protests her pursuit at almost every turn. Yet I found myself resisting Adonis's label, and I'm guessing that most readers will, too. If we flip the players in Kaplan's question—is the morality of the heroine's actions determined by the hero's reactions to them—then the question in the case of Pinned clearly seems to be "no." Why should this be so?

I've come up with a few possible answers: 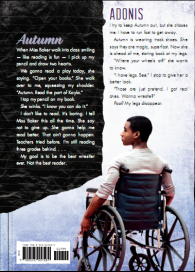 • By using alternating first-person chapters, Pinned gives us not just Adonis's take on the situation, but also Autumn's. While Stephenie Meyer gives us only Bella's point of view in Twilight, not Edward's, and Margaret Mahy gives us only Laura's, not Sorry's in The Changeover, Flake's dual narrative allows readers inside both characters' heads. We see Autumn not only through Adonis's eyes, but also through her own. Flake shows us the talents (she's an amazing cook, with dreams of one day opening her own restaurant) as well as the vulnerabilities, that Adonis never sees. And we are shown Adonis through Autumn's eyes, too. Flake's text asks readers to identify with, or empathize with, both Adonis and Autumn. How can you judge a character a stalker after accepting an author's invitation to identify with her?

• Though Adonis labels Autumn's behavior "stalking," no one else in the novel finds Autumn's behavior untoward. Adonis's mother, who finds out about his unacknowledged obsession with the girl wrestler because her son talks in his sleep, encourages Adonis to invite her on a date, and even attends a wrestling match just to watch Autumn compete. Autumn's best friend, Peaches, continually tells her not that her behavior is scary, but rather that Adonis isn't good enough for her. And other girls in the school behave as directly and aggressively as Autumn does. As a white, middle-class reader, I might be tempted to lean toward calling Autumn's behavior stalking, but I would be wrong. In the context of the urban, mixed working and middle class school that Flake portrays, her actions are not seen as problematic.

• In order for a stalker to be frightening, said stalker must have power, and be tempted to wield it over her victim. Edward Cullen can bite Bella and turn her into a vampire at will; Sorry Carlisle can use his greater knowledge of witchcraft to help or harm Laura. But Autumn has little power in the world of Beacon Academy, or in the world at large. The differences in the way they speak—Adonis in perfect standard English, Autumn in black vernacular—illustrates not only their differences in personality, but also the larger differences in social class that separate them. Adonis's mother is a head nurse, while for much of Autumn's childhood, her parents worked minimum wage jobs, the only jobs available for high-school dropouts. Only now that her parents have earned their GEDs has the family stopped moving in search of jobs with benefits (and to avoid landlords demanding the rent). But their peripatetic lifestyle has already done damage to Autumn's prospects; the constant disruptions in her schooling meant that Autumn's reading skills have never progressed as they should. While Adonis' future is all that is promising, Autumn's in danger of flunking out of school. As stalker material, Autumn may be annoying, but she's hardly a figure of fear.

• Perhaps most importantly, Autumn is a girl, our romantic heroine. The typical female stalker in popular culture is constructed as a figure of terror, not as romantically charming: Glenn Close's spurned lover in Fatal Attraction; Kathy Bates' delusional fan in Misery. While a hero may be allowed to stalk a heroine and still have readers find him sexy and compelling, I can't think of a romance that gives the same leeway to its heroine. Can you? 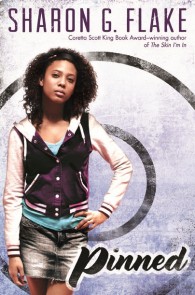 
Next time on RNFF: Mistaking feisty for feminist