Romancing the Condom: Contraception Use in Romance Novels

In the summer of 2011, the popular press jumped all over a 3-page essay published in a professional journal, one which attempted to discuss some of the problems reading romances might create for health care professionals offering formal sex and relationship education to their clients. Susan Quilliam's " 'He seized her in his manly arms and bent his lips to hers...' The surprising impact that romantic novels have on our work" pointed out, quite rightly, that "while women's exposure to formal sex and relationships education (SRE) may be as little as a few hours in a lifetime, exposure to the brand of SRE offered in romantic novels may be as much as a day every week." Quilliam wanted readers of the Journal of Family Planning and Reproductive Health Care to realize that they might need to factor in this disparity of knowledge when they counseled their patients and students. 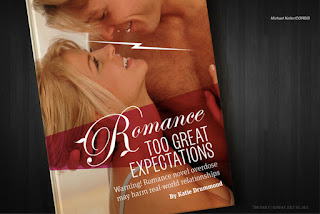 Though Quilliam praised romance novels on several fronts, the popular media pounced only upon the concerns she raised about the genre: that it might discourage condom use, and that the perfectionism and idealisation common to the genre may raise false expectations for women in real-life relationships. "Romance Novels Seduce Women Into Unsafe Sex, Says British Journal" ABC News proclaimed, while Time magazine explained Why Romance Novels, Filled with Passionate Love and Torrid Sex, Mislead Women." A plethora of other online articles with such fear-inducing titles as "Are Romance Novels Bad For Your Health?" "Mills & Boon Blamed for Sexual Health Problems" and  "Mills & Boon Cause Marital Breakdowns" joined the chorus, leading, in their turn, to frustrated, outraged, and occasionally witty rejoinders from romance readers and scholars ("Romances, According to Susan Quilliam, Don't Have Enough Condoms, Do Have Too Much Fantasy" from Smart Bitches, Trashy Novels; Romance Fiction and Women's Health: A Dose of Skepticism from NPR; "But Mr. Darcy, Shouldn't We Be Taking Precautions?" from The Observer). 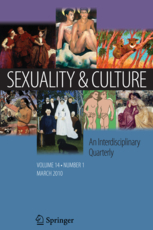 Interestingly, another scholarly journal article, one published only a month before Quilliam's, was entirely ignored by the popular media and, as far as I can tell, by the romance reading community (with the exception of Laura Vivanco at Teach Me Tonight). A. Dana Ménard and Christine Cabrera, psychologists at the University of Ottawa, published "'Whatever the Approach, Tab B Still Fits into Slot A': Twenty Years of Sex Scripts in Romance Novels" in the journal Sexuality & Culture in April of 2011. Rather than make sweeping claims about the genre of romance, these two researchers were more interested in seeing if romances had changed over historical time. Though their sample size was small (only 20 novels), it might be more representative of the most popular romance tropes than studies with more titles, given that all 20 books included were winners of the RITA award for best contemporary single-title romance between 1989 and 2009.

Ménard and Cabrera hypothesized that they would find little change in sex scripts, or "cognitive schemas that allow individuals to plan their current and future sexual behaviours as well as to understand their past behaviours.... the who, what, when, where, and why of sexual behaviour." Despite their hypothesis, and despite the pessimistic title of their article, the psychologists discovered that depictions of sex and sexuality in romance novels had changed in two important, and decidedly feminist, ways. 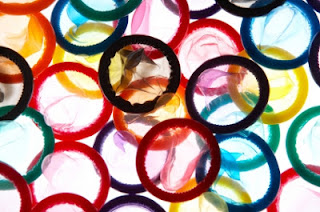 One of these changes—that in books from the earlier time period, sex scenes were initiated more often by heroes (63.0%) than by heroines (33.3%), but in books from the later period, the percentages had become more balanced: 31.6% male-initiated; 42.1% female-initiated; and 26.3% mutually initiated (a category almost nonexistent, at 3.7%, in the earlier group)—is worth its own post. Here, I'd like to focus on the other change they discovered: contraception was used more frequently by characters in books published between 2000 and 2009 as compared to those released between 1989 and 1999 (57.9% vs. 18.5%). While Ménard and Cabrera bemoan the "relatively low" contraception usage rates even in the more recent titles, I'd argue that a nearly 40% increase is an impressive shift, particularly in the face of arguments that insist that discussions or depictions of birth control simply aren't sexy. I'd also wager that when RITA-winning books from the 2010-2019 period are studied, the percentage will show an equally high increase from the previous decade.

Ménard and Cabrera found it odd that the shift in contraception depiction had occurred not during the 1990s, when AIDS awareness campaigns were at their height, but after 2000. One reason for the late shift might be that the most popular writers in the earlier period were primarily authors who had come of sexual age before the dawn of AIDS, while those in the latter period had grown up knowing and using condoms to ensure their own sexual health. Another might be the publicity surrounding an earlier academic essay, Amanda B. Diekman, Mary McDonald, and Wendi L. Gardner's "Love Means Never Having to Be Careful: The Relationship Between Reading Romance Novels and Safe Sex Behavior," published in the journal Psychology of Women Quarterly in 2000.  Diekman and her co-authors were among the first researchers to move beyond the "romance novels brainwash their readers"/"readers know what's real and what's fantasy" argument, to actually test if and how reading a particular type of novel, and a particular depiction of sexual content in said genre, had an effect on readers' real-life behavior. Though many have criticized their methodology, their conclusions—that "high levels of romance reading were associated with negative attitudes towards condoms and reduced intent to use condoms in the future" and that "including safe sex elements in romance stories increased positive attitudes toward condoms and marginally increased intent to use condoms in the future"—may have influenced romance writers to give greater weight to encouraging safe sex practices amongst their readers than fears of alienating readers by including depictions of contraception use had previously allowed.

Has anyone read the last three RITA award-winners for single title contemporary recently enough to remember whether they include discussions of, and/or use of, contraception? We can expand the list to include RITA-nominated books, too, and keep a running tally here to save some future researchers some trouble...

Next time on RNFF
Feminism at the Beauty Pageant: Gina Willner-Pardo's Prettiest Doll