Feminists have long held up the beauty pageant as an event particularly worthy of scorn. In 1968, protests organized by the New York Radical Women against the Miss America Pageant not only called attention to beauty pageant's sexist objectification of women, but simultaneously brought the Women's Liberation Movement into the broader national consciousness. The murder of child beauty pageant participant JonBenét Ramsey in 1996 only added fuel to the feminist fire, bringing global attention to the child pageant industry and the limiting standards of femininity girls as young as four were being asked to embody and perform. Interest in child pageants waned in the wake of Ramsey's death, but recent reality shows "Toddlers and Tiaras" and "Here Comes Honey-Boo-Boo" have led to an upsurge, accompanied by all the expected protests. 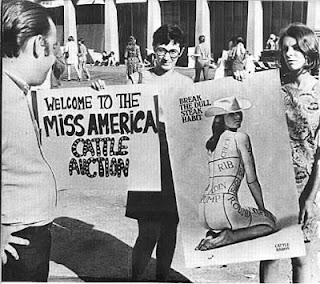 So when Gina Willner-Pardo's middle grade novel, Prettiest Doll, opens with narrator thirteen-year-old Olivia Jane Tatum, a long-time pageant participant, declaring—"It's good to be pretty. I'm really lucky"—I worried that I was in for little but heavy-handed ranting in the novel to follow. Books for teens often ask their readers to see beyond the limited scope of their still-developing narrators, and that opening line clearly suggested that Olivia would be in for a lot of hard knocks, holding on to such an obviously narrow view of herself and her world.

The opening third of Willner-Pardo's novel does read like a textbook case against the child pageant industry, at least at first glance. Olivia, or Liv, tells us right from the first page that despite knowing she's lucky to have been born with beauty, she still feels something isn't quite right: "Sometimes, if I really pay attention, it's like there are other feelings inside me, buried down deep, close but far away. It scares me a little, but then I remember about my hair" (1). The dulling repetition of pageant practice, more enervating than working on a factory line, as well as the negative messages about girls' worth that accompany it, drives Liv, and the reader, nearly to distraction. Though Liv has clearly learned the party line about the benefit of pageants—after a boy she meets says pageants are weird, she protests: "they give you poise. They make you confident.... You have to answer questions. It's hard, speaking in public, with everyone watching" (22-23)—the frustration she feels at being told to sing instead of dance for the talent portion of the upcoming Prettiest Doll contest makes her seethe. Liv stinks at singing, and no coaching will ever change that sorry fact. 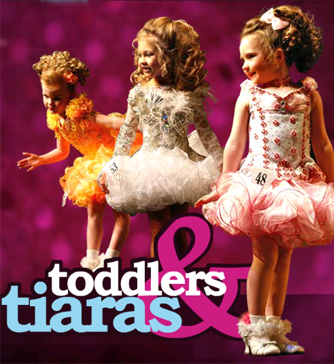 The narrative also makes it clear that participating in pageants is as much, if not more, for the sake of Liv's mother, than it is for Liv, the "Princess by Proxy" syndrome. Left alone with a young child to raise after her truckdriver husband was killed in a highway accident, Mrs. Tatum works two jobs to be able to afford the expensive costumes and extra coaching necessary to make Liv into a winner. Staying up late into the night to sew on just one more sequin, Mrs. Tatum sees in the lovely, slim Liv the self that she once was, or might have been. Though her mother never says it out loud, Liv can see not only the love in her self-sacrificing mother's eyes, but also the "wanting," the wanting that only Liv's continuing agreement to participate in the pageant world can seem to fill.

So it is hardly a surprise when, about a third of the way into the book, we find Liv running away from home, hopping the bus to Chicago in the company of a fifteen-year-old boy who's having his own difficulties with the pressures of his mother's expectations. Oh, of course, during her trip, Liv will learn to stand up for herself, I thought to myself; she'll return home, diss her mom, take charge of her life, and stop this foolish pageant business. With such a predictable outcome, I was ready to just skim the rest of the book and set it aside.

But the remainder of Prettiest Doll doesn't allow its readers to come away feeling so smugly superior, as viewers of Toddlers & Tiaras does, sure that we would never treat our little girls in such a demeaning way. Instead, it asks readers to think a bit harder, not only about what parents owe their children, but what children owe their parents, particularly single mothers. And it asks readers to reconsider some of the judgments they made during that first third of the novel, to think about how social class is implicated in the disdain heaped upon the stereotypical mother of the child beauty pageant queen.

"Mama says being pretty is the best thing to be good at because that's what people really care about. 'Being pretty is what opens doors,' she says" (7). As Liv watches the way people make fun of her mother, once a slim teenager, now an overweight woman who can't seem to give up the unattractive permed hairstyle of her adolescent years, Liv has seen firsthand all the doors that slam shut in the face of the not-so-pretty, particularly those without much in the way of financial means. But the empathy Liv comes to feel for Danny, the object of her first romantic feelings and a boy with body-image problems of his own, is what allows her, and through her, the reader, to come to recognize that being pretty isn't all that people care about. And it's far from all that there is to Olivia, either.

"Part of growing up is knowing when to stand up for yourself. And that, sometimes, backing down is the right thing to do, the better path to walk," Liv says during the interview portion of her final pageant. Sometimes, as Willner-Pardo's book shows, it takes a little of both in order to stop being just an object in others' eyes, and finally be seen. 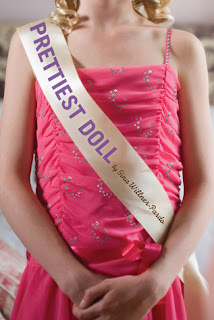 Next time on RNFF:
Printzs and RITAs and boys, oh my!