A need for submission guidelines?

I began this blog back in August of last year in the hopes of fostering a dialogue between readers, writers, and scholars of romance about the feminist possibilities of the genre. During feminism's early days, the debate between feminism and romance was often oppositional, but both the scholarship and the novels had become more nuanced, and far less at odds, in the decades that followed. The world at large, however, didn't seem aware of either shift, content to accept the conventional wisdom forged back in the 1970s and 80s that all romance novels were BAD for women. Through this blog, I hoped to get the word out, at least to a few more potential readers, that romance and feminism can and are often are found together between the covers of a book.

When I first started writing, I imagined a few friends, a handful of colleagues, and perhaps a stray romance writer or two, those with a slightly analytical bent, might join in the conversations. Five or ten people a week, maybe, a few more on days when particularly hot topics or contentious books were featured, a few less on days when I reviewed an offbeat book only a strange bird like myself could love. But much to my surprise, RNFF has developed a dedicated following, with not just tens, but several hundreds, of readers stopping by twice a week to check out what's happening in the world of feminist romance. 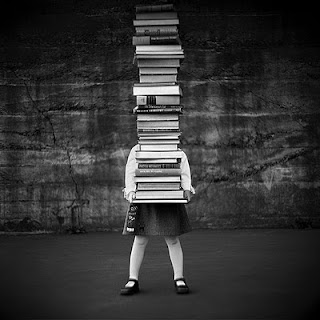 Having such a sizable readership feels both deeply gratifying and more than a little daunting, especially given that I'm a one-woman show here at RNFF. Given the vast number of romance novels published each year, a number that is only likely to continue to grow with the current expansion both of the e-book market and of self-publishing, how can one person hear about, never mind read, all the potentially feminist works in the genre? Will the fact that my local library doesn't choose to purchase books in some subgenres mean I'll overlook innovative work? Will my own liking for certain authors mean I'll not give enough time to works by new or unfamiliar writers? Will RNFF's readers feel frustrated if I fail to review a book that other bloggers or review sites have praised for its feminist sympathies?

I'm not sure I can come up with any satisfying answers to the above questions. But the questions themselves have been making me think about a decision I made when I first began blogging: to find books on my own, rather than accepting advanced review copies from publishers or authors. I wanted the independence and freedom such a choice would grant me, as well as the ability to write about older books, as well as the recently, or just-about-to-be, published. I also didn't want to alienate or even anger writers I know by failing to review their books; if I chose never to accept advance copies, then I could avoid said problem.

But the blog's broader than expected readership is making me question the wisdom of such a policy, as is my own increasingly common urge to bend the rules when an author whose past work I've enjoyed asks if I'd be interested in taking a look at her latest. So I've been wondering about experimenting with an open submission policy, in the hopes of broadening the scope of the blog.

Before I make any decisions, I thought I'd consult my readers. What do you think the advantages of RNFF accepting review copies would be, to you as readers of the blog? Are there potential downsides?

Thanks in advance for sharing your thoughts.


Next time on RNFF:
Not sure yet, but something in the historical romance line seems probable, given the books at top of the TBR pile...