Sympathy for the Rapist

I have such a strong, visceral memory of when I first read Oscar Hijuelos' 1989 Pulitzer Prize-winning novel, The Mambo Kings Play Songs of Love. In particular, I remember how blown away I was by the sympathy Hijuelos was able to make me feel for a rapist. Cesar Castillo is a man of the 1950s, a womanizer, a misogynist, a man steeped in the machismo of his Cuban roots. His brother dead, his chance at musical fame just a distant memory, he begins a relationship with a devoutly Christian woman, one who will engage in sex with him as long as it does not involve actual penetration. Cesar initially agrees to her terms, but after one too many refusals, Cesar takes what he assumes he as a man has a right to—his girlfriend's vagina. In no way does Hijuelos' text suggest that Cesar's act is justified; the pain and shame it causes his girlfriend is made utterly clear, and Cesar's betrayal brings the relationship to an abrupt and shattering end. But at the same time, Hijuelos' book-long re-creation of the milieu of privileged masculinity in which Cesar was raised and lived, a masculinity which Cesar constantly needs to assert in order to push back against the indignities and degradations of a Hispanic immigrant's life, made me as a reader understand why such a man could commit such a heinous act. Mambo Kings made me feel a deep sympathy for Cesar, even while I condemned what he had done. 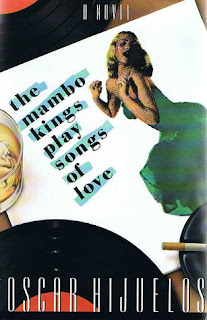 The memory of this reading experience came rushing back to me after I finished Patricia Gaffney's first Wyckerly novel, To Love and To Cherish. A reader of this blog had recommended the book to me, although by the time I got around to reading it, I couldn't quite remember why. At first I thought it had been in response to my post about virgin heroes; To Love's hero, Christy Morrell, is a small-town vicar who had obviously remained chaste, at least since taking his vows. But as I came to the novel's shocking climax, I realized that the recommendation had come from a discussion of historical romance novels in which venereal disease, and rape, played a role.

To Love's heroine, Anne Verlaine, is married to a clearly abusive man. For most of the novel, her husband, Geoffrey, is away at war, and Anne actually believes him dead when she begins an impassioned sexual relationship with Christy. As Anne gradually comes to reveal the secrets of her broken marriage, we learn that Geoffrey's recurrent bouts of illness are not in fact caused by malaria, as he has told everyone, including Anne, but rather syphilis, which he contracted during his first military stint abroad after marrying Anne. Her husband's doctor kindly warned Anne of the dangers of engaging in sexual relations with her husband, and Anne refuses to do so, always without admitting to Geoffrey that she knows the real reason he falls regularly ill.

As a romance reader, I wasn't at all surprised when the presumed-dead Geoffrey rises from the grave, just as Anne and Christy are about to announce their engagement to his congregation. Nor was I surprised that Geoffrey's discovery of their relationship leads straight to a violent physical and sexual assault on Anne. But I was surprised by my initial sympathetic reaction to Geoffrey's act. Or rather, I was surprised by how much I just took it for granted that I should feel sympathy for Geoffrey. Only after I had finished reading the novel, and the memory of my response to the similar scene in Mambo Kings flashed into my head, did I realize that there was something upsetting about being made to feel what I was feeling for Geoffrey. Comparing the two scenes helped me to understand just what was at stake in my readerly response. 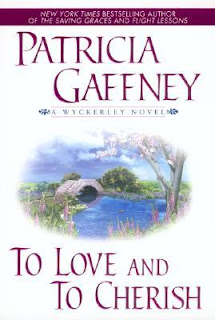 Unlike many romance novelists, who create heroes and heroines with few flaws and villains without any redeeming characteristics, Gaffney does great work in this novel in presenting multi-faceted, nuanced characters. Her heroine, Anne, is hardly without flaw; often angry, feeling both attraction to and frustration with, her clerical suitor, Anne's caustic tongue and complex feelings make for a prickly heroine. And husband Geoffrey isn't simply a cardboard cut-out villain, twirling his mustache as he abuses his wife without care. The bitterness both Geoffrey and Anne feel, towards themselves and each other, is deeply rooted in the disappointments a marriage made in haste can often bring, as well as in their own weaknesses and strengths. Before a reader finds out the cause of Geoffrey's illness, we almost feel sorry for him when he reaches out to Anne, hoping for a rapprochement, or perhaps just a kind touch at the beginning of the novel.

Gaffney makes Geoffrey's weak character painfully clear upon his "miraculous" return; he reveals to Christy that after experiencing the horrors of the Crimean War, he faked amnesia to avoid being sent back to the front. Yet when he discovers that his wife and his best friend have become lovers in his absence, Geoffrey's anguish is painfully clear: the double valence of his cry, "I'll make you like me" (I'll make you care for me? Or I'll infect you with disease?) signaling both Geoffrey's villainy and his human longing for meaningful connection (298). He cries as he rapes her, apologizing all the while, then tries to comfort her after he finally stops, unable to ejaculate. Even rereading the scene while writing this post, I find myself empathizing with Geoffrey's suffering, his fear of dying, his frustration at not being loved.

And perhaps what I am upset about, after all, is not the sympathy Gaffney makes me feel for Geoffrey. For I felt a similar sympathy for Hijuelos' Cesar, too, one that didn't strike me as nearly so problematic. Perhaps what is truly upsetting me about this scene is how Anne responds to it, a response far different from that of Cesar's girlfriend. Even while Geoffrey "mashed her breasts with his hands," Anne stops fighting after he cries "I'll make you love me" (298). She "let him press her thighs apart," almost consenting to her own violation. After he stops, unable to climax, I come to see why: "At least Christy's God would be satisfied now," Anne thinks, "for she'd gotten what she deserved. After all the years of coldness and rejection, Geoffrey's disease and his defilement were to be her punishment. Her just deserts. Everything was gone now, her last hope finished" (299). Though the novel, through Geoffrey, immediately reassures me that Anne cannot catch the pox from him ("I'm not contagious any longer, I've gone— I've gone— beyond that stage"[299]), Anne's self-abnegating response to his sexual violation still makes me feel rather sick. Even while I admire Anne's ability to forgive Geoffrey, to sympathize with his pain, I find myself refusing to agree with Anne that she in any way deserved to be raped. 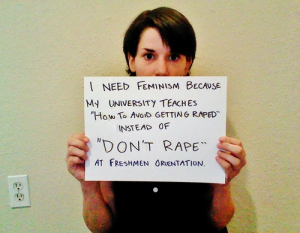 Does the novel want its readers to agree with Anne? Or does it push us to reject her conclusion? I think it wants us to do the latter; by novel's end, Anne comes to accept "Christy's God," a benevolent, rather than a vengeful, deity. Yet the narrative still forces her to experience rape, and to feel that she deserved it. And it forces us as readers to experience the rape, and her feelings, along with her, before offering her, and us, a happy ending. For me, this feels like too high a price to pay.

What romance novels have made you feel things that seem at odds with your own personal beliefs? And what did you do once you realized it?