Some romances demonstrate their feminist appeal in big, obvious ways. A lawyer heroine talks about, and fights against, the hidden sexism that keeps women from advancing in her firm. A Victorian hero writes a chastity manual, arguing that the sexual double standard oppresses women. A steampunk couple work together to protect her hidden lesbian society from the homosexual-hating larger culture that surrounds it.

In romances where the plot's quest, or the characters' personal goals, are not directly tied to overtly feminist themes, however, a book's feminism may not be so easy to see. But even romances that do not wear their feminism on their sleeve can turn out to have feminist appeal. A series of small choices made by an author about primary and secondary characters, about what it means to be masculine and feminine, about who gets to make which decisions about a relationship and why, can all add up over the course of a novel, giving a book a feminist "atmosphere," if you will, an environment which seems to welcome and foster feminist choices and ideas. The accretion of little feminisms, gradually building over the course of a story, might be a potent way to convey core feminist ideas to readers wary of engaging with more overtly feminist romances, readers who live in environments where feminism-bashing is the more acceptable cultural norm.

My reading last week uncovered a great example of the romance of "little feminisms" in the first book in Louisa Edwards' "Rising Star Chef" series, Too Hot to Touch. I'd read Edwards' previous "Recipe for Love" foodie romances, and enjoyed her deft character constructions and gift for writing dialogue, but found her plotting skills a bit wanting. But with this first book her latest series, which has the structure of a cooking competition between New York City restaurants giving its plot a clear backbone, Edwards' talents sizzle. 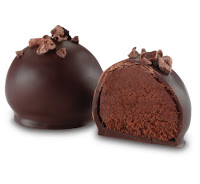 The book's cover doesn't really hint at the feminisms inside (beefy, topless chef with most of his face cut off—better hope none of the oil from that hot pan he's holding jumps out and burns those bare abs!).  I found myself pleasantly surprised to discover them all the same. Max Lunden, tired of the blandness of tradition at his family's restaurant, a New York City institution for several generations, has spent the past seven years satisfying his urge to explore the new and unique by traveling the world, learning from the best chefs his charm and persistence can persuade to teach him. Unlike Max, Juliet (Jules) Cavanaugh has never been bitten by wanderlust; having been kicked out by a selfish mother at seventeen, Jules glories in the second home she found at Lunden's Tavern, the restaurant owned by the family of her best friend Danny. When Max's mom demands he return home to help the team in the Rising Star Chef competition in which his father has entered the restaurant, Max finds himself in the midst of not only family tensions, but sexual ones—the attraction between Jules and Max proves as intense as the darkest, richest chocolate.

Canonical American literature is rife with stories of men fleeing the domestic taming of women; American romance is filled with stories of men learning to embrace the life domestic to win the love of a woman. Battle of the sexes stories often hinge on this opposition, with heroes pushing to escape domesticity, heroines reeling them back in. The boundaries of genre get muddy, though, when you bring men into the kitchen. Despite cooking's stereotypical connection to the feminine, most actual restaurant kitchens are staffed by, and run by, men. Jules is the only female cook at Lunden's, but Edwards plays with tradition by making her second in command in the kitchen. Though Jules' friend Danny is the son of the owner, he occupies (and embraces) the lower-ranking, more typically "feminine" job of pastry chef. The atmosphere at Lunden's isn't sexist; the other male cooks all clearly respect Jules's skills and leadership. In fact, as readers are told in retrospect, when a chef with whom Jules became romantically involved began to ignore her instructions, the owners quickly fired him.

With Max's return, readers might expect a typical battle of the sexes, kitchen-style, to ensue. Yet Edwards doesn't take refuge in the obvious; instead, she crafts characters who rarely do the expected. Easygoing, silver-tongued Max has little interest in taking charge of the kitchen, or the team. When they first meet, Jules bluntly tells him, "You may be the best chef in Europe, or wherever, but just so we're clear, you're not the top dog around here." Max's response is simultaneously flirtatious and a signal of his willingness to play roles other than the "top dog" one might expect of the heir to an landmark restaurant: "Hey, no worries. I don't need to be on top." Pausing, he quirked one brow outrageously before continuing smoothly, "I like to be on the bottom every now and again." (35). Even after his father, the leader of the cooking challenge team, ends up in the hospital, Max respects Jules's leadership: "Max didn't hesitate. 'Jules Cavanaugh is my father's right hand. We take our cues from her.'" (266).

During the first phase of the chef competition, it becomes clear that Max's ceding of power to Jules is not simply a way to appease someone he hopes to entice into bed. Max isn't threatened by Jules's strengths; in fact, he finds her intelligence and skill a key component of her appeal:

Jules was unstoppable, on fire, and Max could only watch her with a mixture of pride, admiration, and nearly uncontrollable lust.
Smart chicks are hot. Damn. (157) 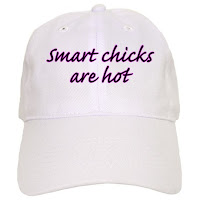 For many romance readers, the thrill of genre lies in having a powerful hero irrevocably drawn to protect the heroine. But the thrill of Jules' romance lies in being attractive to a parter not because of feminine weakness, but because of female strength. As Jules muses after Max asserts with complete confidence that she'll ace the last question in the food trivia contest, "Is there anything more seductive than a man who believes in you?" (152). For a feminist, the answer is likely "no."


Max's admiration for Jules' power is not, however, confined only to the kitchen. During an early sexual encounter, Jules realizes that Max "didn't kiss like other guys, who all seemed to want to take charge and establish dominance immediately, as if taking control of the kiss would mean they were weak." In contrast, with Max, "it felt like genuine hunger—not a battle for supremacy. And when Jules melted into him, he backed off, his lips going soft and searching, trading control back and forth between them as easily as tossing a softball" (173). Because her mother's boyfriends revolved in and out of their lives so quickly, few staying longer than a handful of months, and left her mother emotionally devastated every time, a part of Jules has "always associated sex with danger, fear, and struggle" (173). But when Max doesn't resist after Jules pins his wrist above his head against the wall, then tells her, "This is your show. Your house, your rules," his acceptance of her power in the bedroom proves not only lust-inducing, but "indescribably empowering," "a whole new way to think about sex" (174), not only for Jules, but for readers who've never imagined sexual relations as an interplay between equals. Women need not be the victims, the subordinates, in sexual or romantic relationships, Edwards' story asserts; power between lovers can be shared, tossed back and forth with ease and joy.

When Jules is forced to make a difficult decision about the competition, choosing between her beloved father figure Gus Lunden, and her new lover Max, she's torn. But ultimately she makes her choice based not on her feelings for either man, but on what she thinks is right. At novel's end, Max, too, makes a choice, not just about the competition, but about the direction of his future life, a decision based entirely on his feelings. This inversion of the typical gendered decision-making is just one more little feminism in a book that makes its feminist claims with quiet, but undeniable, power.


Can you think of other romances in which small authorial choices create a welcoming feminist environment? 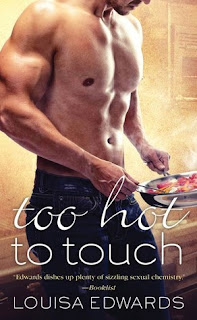 Next time on RNFF:
Printzs and RITAS and boys, part 2