Romance Authors on "Why Does Romance Matter"

This month, writer and reviewer Bobbi Dumas, author of the popular NPR Books blog essay "Don't Hide Your Harlequins: In Defense of Romance," declared August "Read-A-Romance Month." Tired of being the butt of jokes at parties for her literary leanings, tired of being condescended to because of her love of romance, Dumas decided to do something more than just defend her beloved genre. With the support of several major romance publishers and nearly 100 romance authors, Dumas created the Read-A-Romance Month web site. The site is clearly a promotional one, with publishers and authors sponsoring contests and give-aways for visitors who leave their names and email addresses. But by publishing short posts by romance authors responding to the prompt "Why Romance Matters," Dumas is also attempting to jump-start a broader conversation about romance, one not based on stereotypes about romance novels or their readers.

Will feminism play a role in this broader conversation? I was interested to see how many of the authors posting on the site would refer to feminism as a reason why the genre matters. 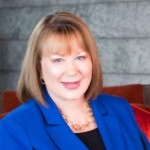 Susan Mallery, the site's inaugural poster, began the month with a bang, opening her essay by asserting:

I am a feminist.
I read and write romance.
Those two statements do not contradict one another.

In particular, Mallery argues, romances "empower women" in two specific ways: "Romance novels teach women that they can do or be anything" and "Romance novels teach women how we deserve to be treated by the men in our lives." I've only read one Mallery book (The Best of Friends) and found it rather flat, but her open embrace of a feminist identity makes me eager to read more. 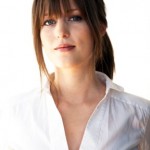 In her post, Maya Rodale doesn't explicitly claim a feminist identity, but tells readers they must read a blog post by a "brilliant feminist blogger" (Caitlin O'Donnell at Drake University, who blogs at Help. I'm Alive), to find one of the reasons why she believes romance matters. Clicking to the post, readers discover O'Donnell's list of reasons "Why Society Still Needs Feminism", a biting and succinct summary of the ways in which our post-feminist age is not quite as kind to women as we'd like to believe. Rodale's list of reasons why she believes romance matters are all feminist ones: economic self-sufficiency; respect; safety; personal choice; empowerment. I wonder, then, why she herself doesn't use the word "feminist" to describe herself? Would the identity fit the books she writes? (Again, I've only read one of them to date). 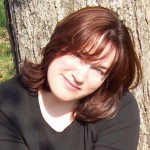 Lucy March (also known as Lani Diane Rich), offers the most compelling (and the most amusing) post, by openly rejecting the prompt she'd been given. Having difficulty writing her post without "charging in here on my big feminist horse (her name is Betty, by the way, and she's kickass)," March tries to figure out why what is supposed to be a celebratory post keeps coming out as an angry screed. The reason is easy to discern:

To say "Romance Matters," makes me feel like I'm acknowledging and accepting that romance is somehow different from any other genre and while we don't have to say that Mystery Matters or Thrillers Matter or Literary Fiction Matters, we do have to say out loud that Romance Matters, because somewhere deep down, we've internalized and accepted this nonsense that, by default, it doesn't.  And then there's the idea that it doesn't matter because its written predominantly by women, predominantly for women, and women are made to feel like we don't matter because misogyny is woven into the damn fabric of our culture...

Lucy March, you've just risen to the top of my To-Read pile. And I'd be happy to offer a carrot to Betty, any time you'd care to bring her by... 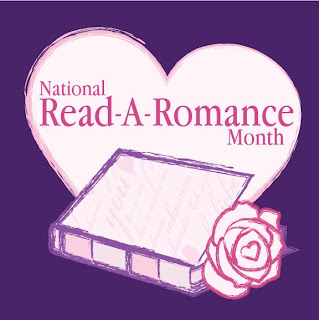 As of the writing of my post, we're on day 21 of Read-A-Romance Month. And only three authors have used the "f" word in their essays. These posts are making me wonder, how many romance novelists openly claim a feminist identity? And do those who claim the mantle of feminism write books with more feminist sensibilities than writers who don't? Are writers who write for the big NYC publishers (authors selected to participate seem to be primarily those who write for the web site's sponsoring publishers) less likely to claim feminist leanings than those who don't? If so, why might that be?