At the climax of many a romance novel, the hero and heroine's exchange of "I love you"s is often accompanied by language of wholeness or completeness. "You're everything to me," says the heroine; "All I see is you," responds the hero. Part of the fantasy of the romance is this suggestion that hero and heroine are sufficient unto themselves, everything and all to one another, regardless of any job commitments, friendships, or previous family ties either one may have had before the start of their relationship. Such an inward focus can have the unfortunate result of suggesting that a person with colleagues, friends, or relatives who demand anything substantial in the way of time or energy is simply not a likely candidate for true love in romancelandia.

But aren't the busy and the burdened worthy of romance, too? Especially those who choose (or are forced) to spend the bulk of their days and nights sacrificing themselves for others?

I will meet you on Wednesdays at noon in Celebration Park. Kissing only. I won't touch you below the shoulders. You can touch me anywhere. No dating, no hookups. I will meet with you for as long as you meet me, so if you miss a Wednesday, we part as strangers. No picture necessary, we can settle details via IM. Reply back with "Wednesdays Only" in the subject line.

Thirty-something librarian Carrie (librariansdeweyitbetter@villagemail.com) has a thing for the personal ads posted by men in the online Metrolink newspaper. Reading them not as a "source of entertainment at the expense of the lovelorn" but "the way I might ritually eat a favorite candy bar," Carrie takes pleasure in what appears to be "what men might really be thinking and never say. They yell and cry and woo and break themselves open before their post slips off the page." They're especially appealing during Carrie's current "Lady of a Certain Age funk," brought on by her realization that she really doesn't want to go on yet another vacation with her parents.

But Carrie hasn't ever answered one of the ads until the above words (as well as the accompanying photograph of a beautiful man with "completely closed" body language) capture not only her imagination, but intrigue her libido. Frustrated with her overly safe life, Carrie impulsively responds, reassured by the knowledge that her email will likely be lost amidst the dozens of other replies cluttering Wednesdays Only-man's in-box. But it's Carrie whom he contacts. And it's Carrie who agrees to meet, for "Kissing only," wondering all the while what this contained, private man really needs.

Carrie wants to know even more after she meets Brian on their first Wednesday, which begins awkwardly but develops into kissing far more intense than either had expected. Yet when Carrie begins to broach the idea of not waiting another week to meet again, Brian immediately closes down. Even after further Wednesday meetings, IM chats, and even a steamy bout of phone sex, Brian won't reveal why "it's complicated," why he "can't be lucky, can't ask for anything" from her, even though it's obvious that their attraction is more than kiss-deep. 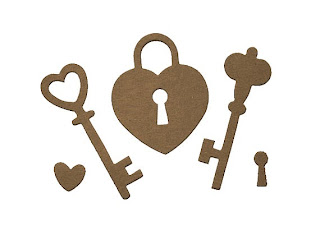 "What am I doing with this man who can't make himself available to me?" Carrie wonders, even while she "can't help but think I might be able to pick his locks. Come across his latch.... Coax him from the center of his labyrinth." But even when the knife-edge upon which Brian has been dancing starts to slip, slicing open his tightly-held secrets, the revelations do little to help. For it's not that Brian doesn't want to be available, but that something else demands his time, his thoughts, his emotional energy. Something "so sad it called out over all the other sad men's voices in the city's most desperate corner." And if he turns away from his responsibilities for any more than a Wednesday lunchtime, Brian fears he'll never come back.

As a feminist literary critic, I often use this little trick: switch the genders of the main characters, and see if the story still makes sense. If not, said text is often a sexist one. Or at least a text that mirrors the sexism of the larger culture in which it was produced. Brian's story would still make sense if Brian were Brianna, but would it tug on our heartstrings in the same way? Would the caretaking burdens that Brian shoulders be so moving, so worth our admiration, if Brian were a woman? Would readers feel sympathy if a Brianna, not a Brian, expressed the same frustration and anger at the life-draining deal fate has dealt her?

Perhaps not. But Rivers' novella still feels anything but sexist. By upholding a man who embodies not the usual competencies of the romance alpha male, but rather those more commonly found in a stereotypical female, as hero-worthy, Rivers expands the possibilities of romance masculinity far beyond its typically narrow borders. That The Story Guy also asks readers to consider where to draw the line between self-sacrifice and self-abnegation, and does so in prose far more beautifully-honed than is typically found in genre romance, makes for a reading experience far more moving that that offered by most first-time authors. I'm looking forward to reading more from such a promising writer. 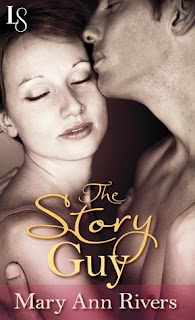