My apologies for the radio silence this past Tuesday. As my daughter so kindly told me, "Even feminists get sick sometimes, mom."

As recompense, I give you the following two-for-one historical romance review:

Man must be pleased; but him to please
Is woman's pleasure; down the gulf
Of his condoled necessities
She casts her best, she flings herself.
How often flings for nought, and yokes
Her heart to an icicle or whim,
Whose each impatient word provokes
Another, not from her, but him;
While she, too gentle even to force
His penitence by kind replies,
Waits by, expecting his remorse,
With pardon in her pitying eyes...
—Coventry Patmore, The Angel in the House, 1854 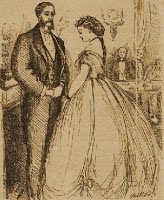 Reading historical romance with feminist expectations may strike many an exercise in the futile, or at least in the fantastic. For much of human history, women were considered lesser than men, an idea embraced not only by the males who benefitted from it, but also from the majority of females who were its victim. Common knowledge, scientific wisdom, and plain old human nature insisted that women were, by their very natures, inferior to men. While views about gender did begin to change during the nineteenth century, from a deficit model (women are lesser than men) to a more egalitarian difference model (women are different from men), in practice, laws and customs continued to place women in positions of dependency throughout the Victorian period. If a writer attempts to be at all historically accurate, he/she cannot ignore this essential component of social life in the past.

Contemporary women aren't likely to enjoy reading about historical counterparts who espouse gender ideologies that consign them to positions of inferiority. And thus many a historical romance uses the past as mere window dressing, a reason to place people with contemporary views about relations between the sexes in fancy dress. I had to admit that as a reader, I prefer those books that at least acknowledge the social assumptions of the world in which they place their characters, including, to our modern eyes, their sexist assumptions about gender, even if the characters themselves do not conform to said assumptions. The best of such works provide plausible and compelling reasons for why their characters have chosen, or been forced, to act in socially unsanctioned ways, reasons that add nuance and depth to their characterizations.

Two recently published 19th-century-set historical romances do just that. Elizabeth Essex's After the Scandal features the oh-so-prevalent duke as hero. But Tanner Evans, the Duke of Fenmore, has a background far different than that of his aristocratic peers. His father, estranged from his noble family due to religious differences, died when Tanner was just a child, as did his mother, leaving him and his older sister to scratch out a living on London's streets. By the time a chance meeting reunited them with their father's family, Tanner and his sister had become skilled street thieves. Being yanked from the life of a London urchin at the age of twelve, suddenly named the scion of a ducal heritage, Tanner can't help but feel a fraud. Nor can he help questioning the norms of aristocratic society, norms far different than those that ruled life on London's streets.

Now twenty-eight, the reclusive Tanner has long yearned after innocent Lady Claire Jellicoe, the sheltered daughter of an earl. But because of his own past experiences, Tanner recognizes it is precisely her innocence that places Claire in danger from a rapacious fellow nobleman: "Refined, polite young women were easy targets. It was all the confining codes of ladylike behavior—of always having to be civil and passively polite—that got immaculate, refined young women into such monstrous trouble" (31). Tanner intervenes in the opening chapter to prevent the attempted rape (we are in a romance novel, after all), but the resulting story is not one of heroic alpha male rescuing hapless clueless female over and over again. Instead, Tanner and Claire become partners in solving a brutal murder, a murder that by its very nature interrogates gender roles and expectations.

To Tanner's surprise, during their investigation, Claire proves to be far more than just the pretty face and figure upon which he had cast his own longings: "But the realization that she clearly had a first-class mind hidden behind all that astonishing beauty excited him more completely than all of his inchoate longings from afar never had. My God—he could talk to her" (85). That Tanner had not expected Claire to be smart enough to converse intelligently with him demonstrates how even he, with his unusual background, takes many of the gender norms of genteel society for granted. Claire challenges some aspects of said norms, not because they do not exist for her, in the wallpaper-romance way, but because she recognizes the real limitations they place upon her—"[Am I] capable?... No. I know I'm not. But I want to be. And how shall I ever become capable if I do not try? If I do not attempt to do the things I ought? You said I was not ignorant, only unlearned, and I'm tired of being unlearned" (100). The plot in which Tanner and Claire find themselves may be rather improbable, but their negotiation of gender roles within said plot gives us a real sense of why each is calling certain gender norms into question, rather than taking the more standard route of acceptance.

In Meredith Duran's Fool Me Twice, it's the heroine, rather than the hero, who has grown up in a way that leads her to question the gender norms of late Victorian society. Olivia Holladay's mother broke the most dearly-held gender rule of genteel society: do not have sex out of wedlock, and especially do not give birth to a child.  Not only that, but Olivia's mother allowed that man to support her and her daughter in comfortable style, much to the disgust of the fellow citizens of the small English town in which Olivia grew up. After her mother's death, eighteen-year-old Olivia travels to London, intent on making her own way in the world, learning the new skill of typing and taking a job as a secretary. Her plans almost come to naught after she's brutally attacked and left for dead by a man she recognizes. Olivia knows she must hide, even while she searches for a way to prevent her attacker from striking again.

Olivia discovers that her freedom may lie within the house of the Duke of Marwick, a former political lion who, in the aftermath of his wife's death, has become a recluse and a tyrant in his own domain. Olivia applies for a job as a housemaid, hoping to leverage the work into an opportunity to search Marwick's house for the evidence she needs to bribe her attacker. Instead of a housemaid, though, Olivia finds herself in the role of housekeeper, the irascible duke's temper having sent yet another chatelaine fleeing. While Olivia's focus should be on her search, the upheaval in the Marwick household, and the disturbing behavior of the duke who is its cause, keeps distracting her from her own problems. And her own unconventional background makes Olivia far from fearful of rebuking her presumed social and gender superior the duke, as are the rest of his cowed servants. 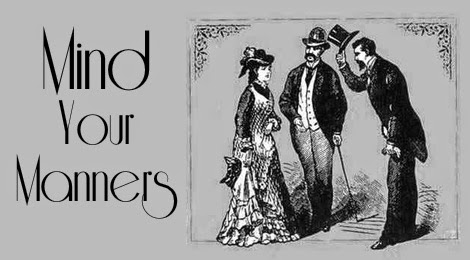 Unlike Olivia, Alistair de Grey has long embraced the social roles his society expected of him. Marrying the right woman, agitating for the right political causes, and behaving always as a gentleman ought, he's determined not to follow in his dissipated father's footsteps. In fact, he expects to become the next Prime Minister. But his wife's death, and the shocking acts he discovers she's been hiding beneath her outwardly gender-conforming behavior, throw him into a state of near-madness. For months, he's confined himself to his house, to his room, knowing that if he leaves, his anger at his wife's betrayals will drive him to murder: "He looks into his palms. His eyes have grown accustomed to the dark he has made for himself, behind these curtains that never open. He sees clearly his lifelines, supposed harbingers of fortune: another lie, as much a lie as honor or ideals. He curls his lip. Fuck these lies" (20). Alistair is a man disillusioned, recognizing the social lies, including the lies of the superiority of the male sex, that have undergirded his socially and gender-privileged life. A man poised to recognize the merits of a woman brave enough to reject the gendered social judgments with which others would burden her: "When I was young, I decided nobody would ever be able to ruin me but myself" (302).

The journeys of both of these heroines begin after they are physically attacked by men. Nineteenth-century gender norms argued that women were the gentler sex, in need of protection and care. But when the very men who are supposed to provide said care are the perpetrators of the violence they are supposed to be protecting their women against, the gaping hole in the gendered argument becomes all too painfully obvious. Both Essex and Duran are skilled enough writers not to simply ignore the historical realities of gender norms; instead, they craft characters with plausible reasons for calling their own society's gender norms into question. In the process, they give readers far more courageous role models than any writer who simply adorns characters with twenty-first-century mindsets in the beautiful ball gowns and dainty dancing slippers of the past. 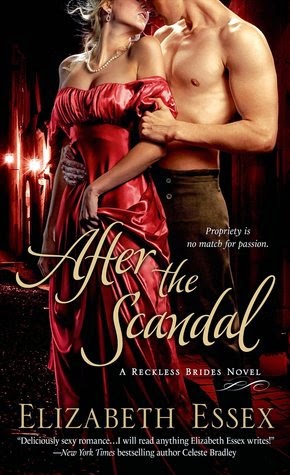 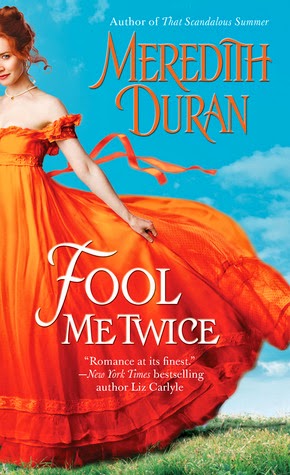