On Interracial Romance Books, a website where romance readers can purchase print and e-book copies of romance novels with love stories featuring heroes and heroines who are of different races, the site's title is followed by this tagline: "Where love is colorblind..." Visitors are, presumably, meant to view this tagline in a positive way—when it comes to falling love, the color of a potential partner's skin should not, and does not, matter. Romance can and does blossom across the once taboo line of race, and interracial romance novels celebrate this.

Often, though, the idea of being racially colorblind can have negative, not just positive, connotations. As Afi-Odelia E. Scruggs' article, "Colorblindness: The New Racism?" which appeared in the 2009 edition of Teaching Tolerance points out, the idea that ignoring or overlooking racial or ethnic differences in an effort to promote racial harmony more often has the opposite effect. Being colorblind more often simply allows people with racial privilege (in the United States, people of European ancestry) to ignore or pretend that their racial privilege does not in fact exist. As Randy Ross, a senior equity specialist at the New England Equity Assistance Center, a program of Brown's University Education Alliance, is quoted as noting, "I have never heard a teacher of color say 'I don't see color'.... The core of 'I don't see color,' is 'I don't see my own color, I don't see difference because my race and culture is the center of the universe.'"

Is the same true of interracial romances that embrace a colorblind approach to race? I've been wondering about this question as I've been making an effort to search out and read more romances by authors of color. Most of the interracial romances I've read do not suggest that a cross-race romance is or would be problematic in any way; few feature a character who questions or is unsettled by his or her attraction to a potential partner of a different race. This is likely a reflection of the fantasy aspect of romance as a genre, at least for readers of color: escaping the burden of having to think about the difficulties cross-race romance might entail in real life might be a large part of the pleasure in reading interracial romances.

Yet is there no room in the genre for romances that gesture toward, or even confront, the difficulties that interracial couples might face in our purportedly post-racial society? Not only from social and institutional prejudices and stereotypes, but also from the different kinds of privilege that those from different races have been, through their own upbringings, taught to expect from life and love? Are there romances out there that draw attention to disparities of privilege, even while they celebrate couples that work to negotiate relationships in spite of them? 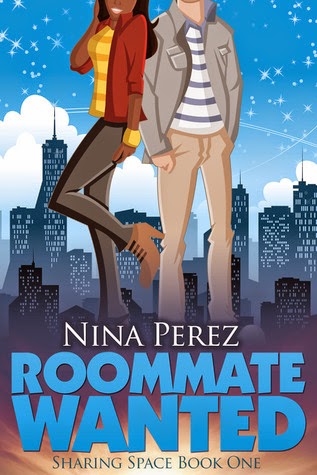 Commenter sonomalass didn't know that I was thinking about these issues when, in response to my posting about ideology and good/bad writing she recommended I take a look at Nina Perez's romance, Sharing Space. But her recommendation hit just the right spot.

When I downloaded a copy and saw the novel's cover, though (actually, its multiple covers, as it was originally published as a serial in six parts), I wondered if I was in for another interracial romance with racial blinders firmly in place. But Perez's Author's Note suggested that something a little more complicated might lie between these digital pages: "I was in an interracial relationship with my now husband and wanted to write about the complexities of such a relationship, but also about all the humor and love of one" (305). Would it be possible to do both?

Perez's first-person dual-narrated romance opens with African-American Chloe telling us about her week from hell: not only did she discover her long-term boyfriend in bed with another woman, but her actress/roommate decamped for LA, leaving Chloe with only two weeks to either find a replacement or come up with a way to pay said roommate's half of the rent on their midtown Manhattan rent-controlled apartment. From the start, Chloe makes readers aware that she is aware that both personal and societal racism exist in her world. Chloe's best friend Myra, also black, tends to blame anything that goes wrong in her life on racism: "If she didn't get the repair appointment she wanted from the cable company, it must be because she's black. If a vacation request at work was denied, gotta be The Man! Menstrual cramps? Well, you know how those white folks do." (29) Though Chloe "could see her point sometimes. We were both shocked by some of the attitudes expressed openly during the presidential election" (29), Chloe herself prefers to believe that simple jealousy is the cause of her lack of popularity with her less achievement-oriented white co-workers at the marketing consulting agency where she and Myra both work. Although to Chloe, the reason doesn't really matter: "Lila [Chloe's boss] knew what it was like to work harder just to get the same rewards given so easily to male executives. She didn't let the inequality stop her from getting what she wanted, and recognized that I didn't, either" (5). Two black women with two different attitudes to racism makes for a refreshing change from romances that more often are blind to racism's continuing existence in American society.

Chloe's life becomes even more complicated when the only suitable tenant who responds to her ad is Pat Murphy, a white, and very male, actor from Long Island. Chloe has reservations about allowing Patrick to move in, and openly questions herself about whether those reservations stem from his sex or from his race. After talking the situation over with both Myra and with her cousin Crystal, though, Chloe decides to take a risk and invites Patrick to move in. 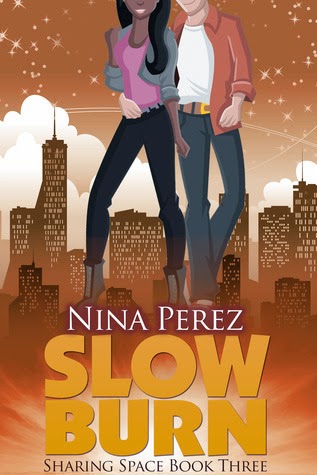 Patrick, interestingly, spends far less time worrying about Chloe's race, and far more time worrying about how attractive he finds her: "I was less surprised that she was black—I hadn't given any thought to the race of the person placing the ad—and more surprised to discover that she was so good looking. It was like when you go on a blind date you expect the worst, or when you're on the Internet and some girl tells you how hot she is when in real life she's overweight and bucktoothed" (37). As a white man, Patrick has the privilege of being colorblind, of assuming that racial differences shouldn't matter. They haven't mattered too much in his own life; why should they matter in anyone else's? After he moves in, Patrick thinks "a man would have to be deaf, dumb, blind, gay, and racist to not be interested in Chloe," revealing his own white-centric world view (would a black man have to be racist to not be interested?) (53).

Yet in spite of their different understandings about the presence and workings of racism in their world, Chloe and Patrick gradually develop a friendship, and eventually, a romantic relationship. Their sexual relationship progresses quickly, although Chloe does wonder if she's feeling some reluctance to actually sleep with him because "maybe deep down there was some apprehension about  having sex with a white guy" and humorously goes on to laugh at the sexual stereotypes blacks have about white men and those that whites have about black women (137-38).

Chloe and Patrick, though, never discuss race, even after Patrick invites Chloe out to Long Island for Thanksgiving, to meet with his extended Irish family. Chloe tells her mother that Patrick is white before introducing them, and is dismayed to discover that Patrick hasn't done the same. Patrick tells her "I told them what you do, and that you're great, and that we're involved. And I told them that I'm happy. What else do they need to know?" but in fact admits to himself that:

I wasn't being completely honest with Chloe. The thought of telling my parents that she was black had crossed my mind and I'd decided not to. Of course I wondered how they'd react to Chloe being black, but it seemed to me that mentioning it beforehand would be like admitting there was something wrong with it. (171) 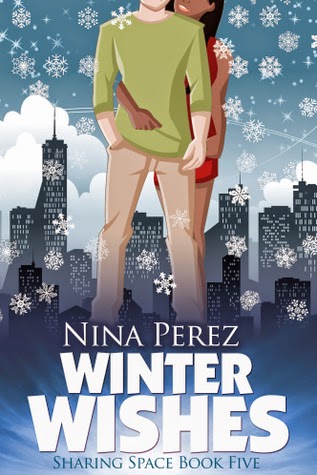 Patrick has been caught in the racist undertow of racial colorblindness: You're not supposed to notice race, because if you do, race becomes a problem: it feels like "there [is] something wrong with it." In the race-blind paradigm, race becomes an embarrassment, rather than something to celebrate. And despite Patrick's disbelief that any of his relatives could react poorly to Chloe because of her race, not every member of Patrick's family can maintain the pretense that race does not matter.

Interestingly, though, the difficulties that temporary break Chloe and Patrick apart during the latter part of the novel do not stem from the problems of race-blindness that the text identifies. Instead, the more traditional romance-novel relationship-breakers of career ambition, family tragedy, and bitchy-girl jealousy take on the job. And it's not Patrick, but Chloe, who has to make the big gesture in order to ensure the relationship continues. Having brought the problems of race-blindness to the surface, does Perez then sweep them under the carpet to achieve her HEA? I'm curious to hear what other readers think...


On a related side note: of the heterosexual interracial romances that I've read that feature one character of African descent, that character is almost always the female half of the romantic couple. Intriguingly, this is precisely the opposite of real-life marriages in the United States between blacks and whites, according to the U.S. Census Bureau: In March of 2009, there were almost twice as many marriages between white women and black men as there were between black women and white men.

If romance was truly colorblind, would we not have an equal number of black hero/white heroine couples as we do white hero/black heroine couples? What does the prevalence of the black woman/white man romance tell us about the desires that current-day interracial romances fulfill for their readers? 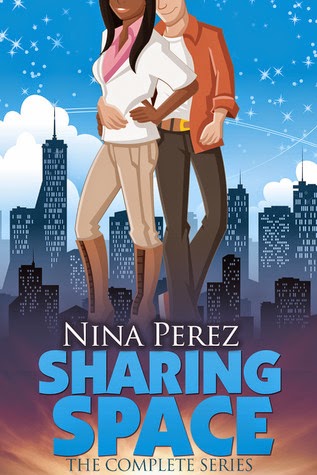