Late Bloomers? K J Charles' THINK OF ENGLAND and Sarina Bowen's THE UNDERSTATEMENT OF THE YEAR

Reading the posts on the Queer Romance month web site, and reading KJ Charles' and Sarina Bowen's latest books, brought back the memory of a conversation I had with a fellow student from a writing class I took a few years ago. The two of us had bonded a bit, feeling like the only two outliers in a fairly conservative and conventional group of writers: me, a feminist who vocally protested the lack of gender diversity in our class readings; he, a quieter but insistent voice for sexual and racial diversity. His style of dress, as well as his talk of his partner, suggested that unlike the rest of us in the class, it would not be safe to assume he was among the heterosexual majority. And yes, when we met outside of class for coffee one day, somehow the topic of his sexuality came up. "When did you know you were gay?" I remember asking, and we talked about his sheltered upbringing, and how he didn't really cotton on to his sexual preferences until he was far older, not until he was in college.

"When did you know you were straight?" What would I have done if my fellow student had asked me this in return? It's not a question heterosexuals get asked very often, given the heteronormative assumptions upon which our culture is based. For queer-identifying folks, though, "when did you know" gets asked on a fairly regular basis.

According to both popular and medical wisdom, most kids begin to develop a general interest in sex around the ages of 12 or 13, at the onset of puberty. Some progressive groups or communities may recognize and openly discuss with teens that such interest may turn not only toward those of the opposite sex, but for some, towards those of their own, but most Western societies are largely built around heteronormativity, the assumption that everyone will be attracted toward someone of the other sex. Though some queer folk report feeling "different" as early as elementary school, growing up with the assumption that you (like everyone you know) will of course be straight may lead adolescents and young adults, like my classmate, to not recognize or even to ignore their own sexual desires until far later in life than that 12-13-year-old norm. 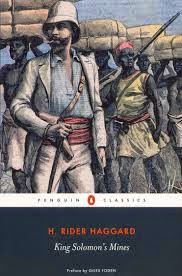 That proves to be the case for one half of each romantic pairing in two recent male/male romances, Think of England, an Edwardian-period piece, and The Understatement of the Year, a contemporary New Adult. England's Archie Curtis, whom author K. J. Charles audaciously and amusingly imagines as the nephew of the fictional Sir Henry Curtis, one of the three male adventurers in H. Rider Haggard's classic of Victorian imperial masculinity, King Solomon's Mines (1885), seems on the surface to be the epitome of decent English gentleman-hood. White, an ex-army man, and former Oxford boxing champ, he's come to a house party in search of evidence that will implicate his host in the production of the faulty guns that killed, maimed, and injured more men of his company during two minutes of practice firing than in all of the previous six months' fighting. Despite having lost three fingers in the melee, Archie is tall, broad, and blond, as attractive as a "Viking," according to fellow houseguest and poet Daniel Da Silva. Unlike Archie, Da Silva is everything a gentleman is not supposed to be: a Jew, a "dago," and, most obviously, a "bloody pansy," one of those "poisonous decadent types" Archie had spent his years at Oxford avoiding (Kindle Loc 183, 140).

Archie's not the most self-reflective sort; it is only after he and Da Silva find themselves forced to engage in a sexually compromising situation to throw off suspicion after almost getting caught searching in their host's office (it seems that Daniel, like Archie, may have other reasons for attending the house party) that he starts to wonder just why he found the situation—and Da Silva himself—so compelling:

He had been in exclusively male company at school, of course, and at college. He could have sought out female companionship at Oxford, as many did, but he had been occupied elsewhere, concentrating on his sporting career and, as a poor second, getting his degree. He had joined the army straight out of university, and from then on he'd mostly been in one or another part of Africa, at least up until Jacobsdal. He had, in fact, spent his life with men. And if, in those circumstances, one played the fool with other fellows, as he had at school, and college, or had a particular friend as he had in the army, well, that was only natural. Men had needs. Today's business with Da Silva was very far from his first time with another chap. It was simply the first time he'd been forced to think of it.  (1261)

Because he has always embodied the characteristics that describe the average, normal English gentleman, Archie cannot read his own acts as anything that could rightly be labeled "queer." It takes some time, and some delicious flirting and spying with Daniel, until Archie gradually comes to realize that his own definition of "queer" might be a bit too narrow to encompass both himself and Daniel and "this—whatever it was, between them that he wanted to pursue" (1477). 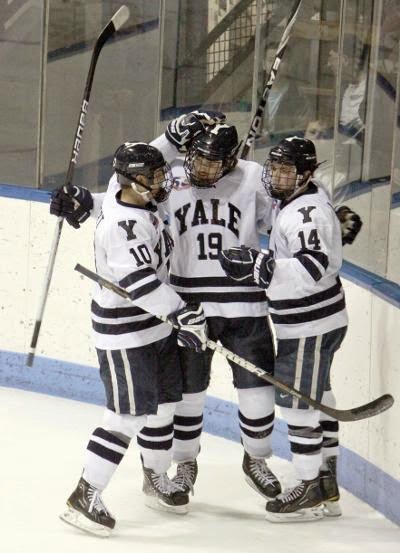 The Understatement of the Year's Michael Graham is a bit more self-aware about his sexual desires than Archie Curtis. Unlike Archie, who simply thought himself too busy to pursue a relationship with a member of the opposite sex, Graham actively courts the college girls who pursue him and the other the hockey players of Harkness University (a thinly disguised Yale—yeah, alma mater!). But he has to be pretty drunk to persuade his body to "get it up for a girl" (363). As his new teammate and former friend Rikker realizes, "it didn't take a genius to see that Graham had decided that he was a straight guy now. Or at least deep in the closet" (157).

Graham has the luxury of hiding from his sexuality, but Rikker doesn't, not since his former coach at his Catholic college kicked him off the team after a disgruntled sex partner sent pictures of the two of them having sex. Two men having sex. Though it is against ACAA rules to discriminate against players on the basis of their sexual identities, the Catholic college backs up its coach, and Rikker finds himself playing at a new school. For a team on which his first love, and first sexual partner, Michael Graham, has a leading—and straight—role (Both young men are presumably white).

Graham's fears of his own sexuality are deep-seated, with multiple roots, including his guilt over betraying his first love, Rikker, when the two were in ninth grade. Their past history makes it next to impossible for Graham to interact civilly with his new teammate, while Graham's avoidance only goads Rikker to provoke him. It takes Graham far longer to come to terms with his sexual orientation, his self-hatred, and his feelings for Rikker, than it took Archie. Lucky for Graham, Rikker is willing to cut his former friend—and secret hook-up—a lot of slack. None of that "be honest with yourself and everyone else or I won't be with you" stuff on Rikker's part here: "See, just like I know you can't help being gay, I also know that you can't help being twisted up over it. I never blamed you for that, G. I get it" (Loc 3468). Rikker isn't happy about it, but he's patient, and loving, and ready to accept the slow pace that Graham needs. And because of his patient love, Graham finds himself ready to be there for Rikker when his lover faces a crisis of his own.


When did you first realize you were gay/straight/bi/queer/trans? And what other romance novels would you recommend that depict difficult coming-to-terms with one or both partners' sexual identities? 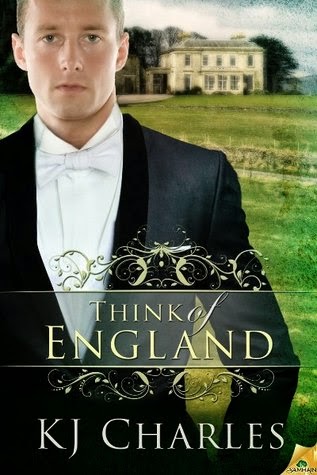 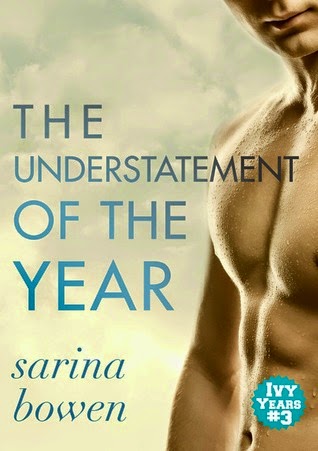