Power Dynamics in the May-December Romance: Jenny Trout's CHOOSING YOU

One day over lunch, a work colleague/friend and I were exchanging "first time" stories. I remember feeling so shocked, and not a little confused, after my friend revealed that her first lover had been a man much older than her mid-teenaged self, and a teacher of hers to boot. My friend was so well-adjusted, so normal, with a long-time boyfriend her own age; how could she have experienced such a traumatic sexual coming of age without it having done her irreparable damage?

My assumption that such a disparity of age between two lovers must signal a negative, exploitative experience stemmed from many different sources: my reading of 1970s and 80's young adult problem novels; the fairly recent cultural openness surrounding childhood sexual abuse; feminist discourse surrounding unequal power in male-female relationships, an inequality compounded when relationships of authority (such as student/teacher) also come into play. Never mind American cultural suspicion of teenage sexuality in general.

Yet my friend calmly stated that her relationship with an older male teacher had been an entirely positive one. With his greater sexual experience, he was more confident, and more attentive to her needs, than a teen her own age would have been. Neither one became obsessively attached to the other, and when the relationship ran its course, they parted amicably, still friends. 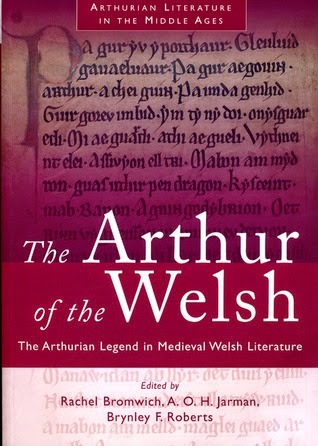 The memory of this conversation kept popping back into mind as I read Jenny Trout's New Adult novella, Choosing You. Its first-person protagonist, white American twenty-year-old Madison Lane, arrives in summertime Wales, eager not only to begin her class on Arthurian mythology, but also to nurse her crush on its teacher, 38-year-old Welsh professor Thomas Evans. When Thom runs across Madison a few days before class starts and invites her for breakfast, Madison can't but dream a little about what it might be like if her handsome teacher liked her just a little bit, too.

When Thom responds to Madison's verbal sparring by asking "Are you flirting with me?" Madison realizes her relationship with her teacher is on the verge of change. Even knowing how awkward it would be if Thom responds with the "I'm flattered, but..." talk, Madison decides to take a risk: "Yeah. I am. A little bit." (Kindle Loc 266). Thom acknowledges his own attraction, but takes care to point out that Madison is his student. "I don't want you to think I asked you to take this course so that I would have a chance to..." he tells her, a worry that Madison eagerly, and confidently, dispels:

"I don't think that at all." And I really didn't. "I have a freaking amazing GPA and I'm an English lit major. You apparently loved my final paper, you practically drew hearts in the margins—"
His embarrassed laugh interrupted me.
"Trust me. I don't have any suspicion that you were trying to perv on me by inviting me here." Partially because I hadn't wanted to get my hopes up. Which I wasn't proud of; I knew I shouldn't view classroom favoritism as proof of some deep emotional connection. My education was worth more than that. (277)

Flirting leads to exchanging of truths, which leads to kissing, and later, to sex. Their first time together is revealing, not about their own relationship, but about cultural expectations that leave young women ready to accept, even to expect, sexual experiences that are less than satisfying. As Madison tells Thom, she's had intercourse with a few other young men her own age before, but none had focused much on meeting her sexual desires. She never reached orgasm with any of them; none ever even went down on her ("My last boyfriend thought it was unhygienic," she tells an amused Thom [866]). Significantly, her thoughts about her lack of orgasms focus not on her own dissatisfaction, but, as good girls are taught, on how her boyfriends might have felt: "I always felt so bad for the guys when I didn't come. I didn't want to make them feel bad about their skills" (876). Because she's been taught by the movies that "people just had crazy, fulfilling sex without talking about it. In the heat of the moment, they just knew what to do," Madison never communicated with her partners about her own likes or dislikes, never even talked with them about why she wasn't reaching orgasm (significantly, not a problem when she was by herself).

Thom, with far more experience, and a far more mature approach to sex than any of Madison's previous lovers have had, introduces Madison to the pleasures of mutually-gratifying sex. As Thom croons while kissing her, "There comes a time... or there should come a time... in every man's life... when he realizes that what he's seen in magazines and pornography... isn't necessarily required for good sex" (886). Further, he tells her, "Let me know what you like, and what you don't. I want this to be good for you" (895), modeling for Madison the idea that communication between partners is the cornerstone of fulfilling sexual relations.

While sex between Madison and Thom proves far better than anything she's experienced before, over the course of the summer Madison gradually begins to realize that "besides fucking and talking about mythology, what is there?" Though Thom is no jerk, Madison is quick to reassure her fellow classmate and friend Zoe, "there's just no spark, personality wise, between us.... It's like, are orgasms enough?" (1284). Class debates about the ethics and feminism of Guinevere's love for Lancelot, as well as her own attraction to a hot young man her own age who works at the pub below the room she's rented for the summer, lead Madison to think not just about Thom's needs and desires, but also her own. And to make choices about her life, and her relationships, accordingly.


I can't say that I would be very happy if I discovered my own mid-teen daughter was dating a man far older than herself, especially a man in a position of authority over her in some way. Yet the memory of my friend's experience, as well as Madison's, make me wary of assuming that every such relationship must and will inevitably lead to trauma. If, instead of casting all teenagers in the role of potential victims, we accept that some teenagers are able to make wise, informed decisions about their own sexual lives, we may be able to acknowledge that some May-December romances may be less about abuse of power or the creation of permanent emotional damage than about a positive opportunity to learn and grow. 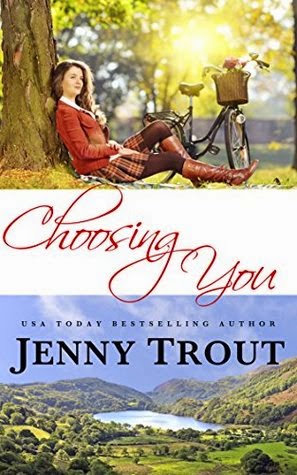