With all the hype surrounding the release of the 50 Shades of Grey movie this past week, it's been hard to escape its underlying "kink is titillating, but ultimately incompatible with romantic commitment" message. Readers looking for alternatives to this stark opposition between kink and romance would do well to turn to Jane O'Reilly's recent trilogy of novellas, stories that not only celebrate the romantic possibilities of a shared interest in sexual pleasure outside the bounds of the vanilla, but do so by empowering, rather than infantilizing, their female leads. 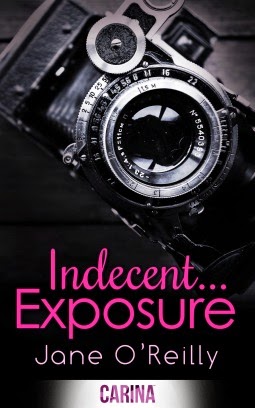 On the surface, Indecent... Exposure's protagonist Ellie Simpson appears to be a mild-mannered, sensible photographer, content to capture the life-changing days of others on film rather than experiencing them herself. Yet the side-business she's fallen into—taking "dirty and hot and downright rude" pictures for people who want visual portraits of their erotic selves (Kindle Loc 29)—not only brings in extra cash, it also allows Ellie to indulge her own voyeuristic sexual urges. So when her best friend, Amber, asks Ellie to take pictures of Amber blowing off a guy so she can send them as revenge to the boyfriend who dumped her, Ellie's totally on board.

Yet when said guy turns out to be Ellie's seemingly mild-mannered accountant, the man she's been secretly crushing on for the past three years, Ellie vows to stop "living vicariously through the sex lives of other people. I need this to stop being my sex life, and I need to get one of my own" (72). Might creating a sex life of her own not require Ellie to give up her voyeuristic tendencies, but instead, to share them with another? Someone just as good at hiding his own kinky desires as she is herself? 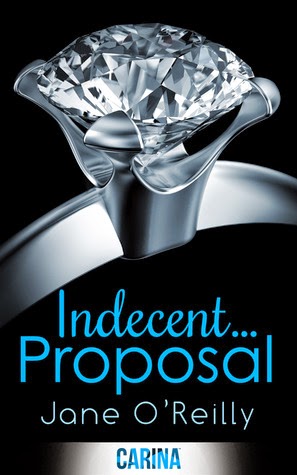 Ellie's friend Amber, who at the end of Exposure had switched from exacting revenge on her ex to engaging in consensual group sex with him and his new partner, becomes the narrator of the trilogy's second novella, Indecent... Proposal. Six months into their three-way affair, Amber's ex and his new girlfriend are getting married, leaving Amber feeling more than a little left out, "an accessory to their desire, like a toy they liked to use in their games" (998). Determined to prove that "while my heart might be broken, my pussy certainly wasn't," bridesmaid Amber flirts with a fellow wedding guest and pulls him into an empty room for a quick fuck mid-reception. When Ellie's judgmental brother Scott Smithson walks in on them post-orgasm, half-naked and up against a wall, Amber refuses to let his obvious contempt shame her. No, Amber's far more interested in the surprising fact that stodgy Scott can't seem to stop staring at her exposed breasts. And that Scott thinks Amber should have asked someone she knew, someone she could trust, to ease her sexual itch, not a total stranger. Someone, maybe, like him.

Such a set-up implies a "taming-of-the-female-rake" story will follow, yet O'Reilly refuses to buy into such a female-sexuality-squashing trope. Instead, she spins a tale of a woman who thinks of herself as the queen of casual sex learning to ask for what she wants—even if what she wants is a combination of both kink and commitment. 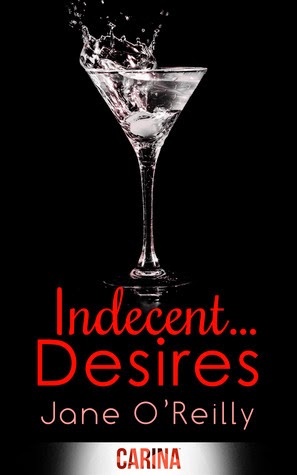 Lucas, Amber's quick wedding-day fuck in Proposal, is the male protagonist of the trilogy's third volume, Indecent... Desires. But, as in the previous two novellas, Desires's narrator is the female half of this budding relationship. Recently divorced thirty-four-year-old Meredith can't help but watch the pretty twenty-something young man in the flat opposite, the one whom she first spied sitting in front of his window casually playing with his cock. Now, every night at 9 p.m., the delicious young man comes to the window, cock in hand, well-aware he has an audience. For control-freak Meredith has started slipping notes into his letterbox, telling him exactly when and what to do. And he's doing it, much to Meredith's shock and delight.

But when the anonymous man shows up as a computer consultant at the office where Meredith works, and almost immediately picks up on Meredith's controlling vibe, Meredith's self-control starts to crack. O'Reilly openly confronts the gendered assumptions surrounding D/s:

"I knew bossy women existed," Lucas explains to Meredith. "The problem has been trying to find one.... It's hardly a topic you can bring up in the middle of a first date. 'Oh, by the way, I really want to be bent over the end of the bed and spanked, would you be up for that?' It's OK when women say it.... Then it's kind of kinky, you know? Naughty. But when a man says it, women think it's weird" (751)

O'Reilly also challenges such assumptions through her depiction of the relationship that Meredith and Lucas develop, a relationship between an older woman and a younger man built on both D/s sexual proclivities as well as on romantic connection.

These three stories work so well in novella format because each woman has a prior relationship (of sorts) with the man with whom she subsequently develops a more romantic attachment, allowing the romantic arc to develop quickly (FYI, all couples appear to be white Brits, although no real discussion of race/ethnicity appears in any of the volumes). And because each story takes place over a relatively short space of time, allowing the focus to remain on character development and romance arc rather than on drawn-out plot. And because O'Reilly has a real gift for writing not only complex characters, but scorchingly hot sex scenes, scenes made all the more compelling for the way they insist on the compatibility, rather than the opposition of, romantic commitment and sexual kink.