Recent online discussions of the phrase "purple prose" as applied to romance novel writing by author Emma Barry and reviewers/bloggers Elisabeth Lane and Alexis Hall at All About Romance got the attention of my inner word-nerd. I had always associated the phrase with bad writing, and in particular, with the euphemistically bad writing used to describe sex in the historical romances of the 1970s. Lane and Hall's post, as well as Barry's, though, had me wondering if my definition was correct. What is the history of this phrase?

Turning to my trusty copy of the Oxford English Dictionary (online version), I discovered a phrase with a long past, one that certainly predates the existence of genre romance. The OED defines Purple prose, which dates from 1901, as "overly ornate or fussy prose; cf PURPLE PASSAGE."

Two of the three examples cited suggest the negative connotations of the phrase:

"A good editor would have... written rude comments in the margins near the frequent passages of purple prose." —Times Literary Supplement, 10 Dec. 2004, 29/1. 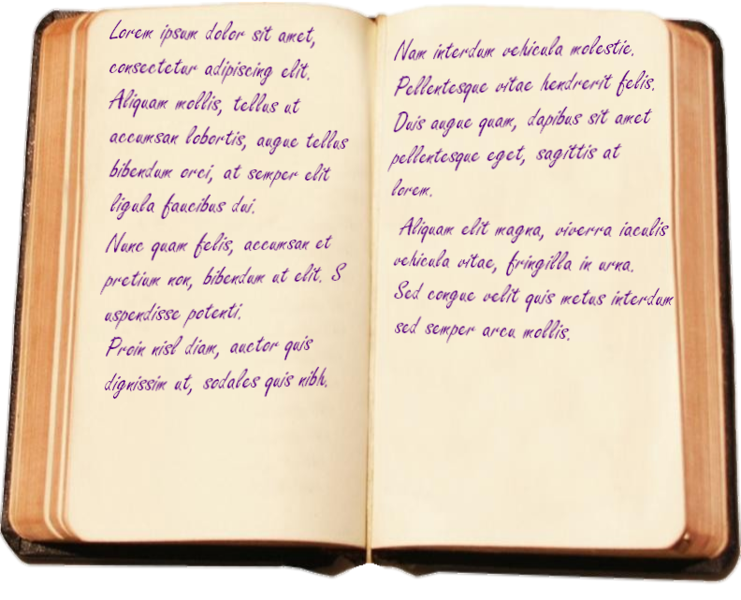 Purple passage, which dates from 1822, has a similarly negative denotation: "an elaborate or excessively ornate passage in a literary composition. After the Latin purpureus pannus (see PURPLE PATCH)."

"Mrs. Johnson says little about herself, indulges in no purple passages, and without the conscious effort of the raconteur she manages to introduce many good stories." Discovery Oct. 1937, 326/2.

Both examples are negatives; writers and speakers who avoid purple passages are to be praised, suggesting that those who indulge are to be condemned. (Roman poet Horace, the originator of the phrase purpureus pannus, also uses it to condemn inappropriate excessive of description.)


Purple patch, the oldest of this group of related English phrases, continues in a negative vein: "An elaborate or excessively ornate passage in a literary composition."

"One Part of the Work should not so far out-shine, as to Obscure and Darken the Other. The Purple Patches he claps upon his Course Style, make it seem much Courser than it is." —True Tom Double, ?1704

"His writing stumbles into purple patches... but, on the whole, a satisfying terseness and an unobtrusive local flavor inform the dialogue." — Commonweal 25 Feb. 2000, 19.


What strikes me about all the iterations of "purple" writing is the idea of excess—this type of writing is somehow too much. It goes beyond the bounds, splashing and smearing purple way outside the lines of convention. Literary convention in particular; the term only became popular in the 18th century, as Gary Martin at The Phrase Finder explains, when "literary critics valued evenness of pace and style in literary works. Unevenly written texts were singled out for censure and 'purple patch' was the ideal label for a passage that stood out as overly florid."

Today, though, the term goes far beyond mere literary convention. For when I think of purple prose in relation to romance, the passages that most often come to mind are those depicting sexual acts. Labeling such passages as "purple," then, may be a way to simultaneously contain and condemn the threat of female sexuality: hey, lady writers, you're going beyond the bounds by claiming sex, and sexual pleasure. You're wrong, you're bad, you're going beyond what we find comfortable. Rein it in, there, or we'll heap more contempt on you.

This excessiveness also points to what may be a forgotten class dimension to the phrase, too, one not captured by the OED definitions. Gary Martin at The Phrase Finder explains that the color purple was once reserved for emperors and imperial statesmen in Rome; adding a "purple patch" to one's prose, then, was to make a symbolic link to the elite, and to power. Purple dye was so expensive, Remy Melina at Science reminds us, that only the very wealthy could afford it. The Sumptuary Laws during Queen Elizabeth I of England's reign even went so far as to forbid anyone outside the royal family to wear the color. Only in the mid-19th century did the color become widely reproducible, and thus available to those with less gold in hand than the typical royal. To claim purple for one's own, then, especially if one is not part of the elite, is once again to go beyond the bounds, not just of taste, but of social class.


Strangely enough, the phrase purple patch has, since the 20th century, developed a second, far more positive, definition: "a notable or colourful period of time, a person's life, etc.; (now) spec. a run of good luck or success."

"France's Rhône Valley has been enjoying a purple patch in recent years that must irk its more stately rivals in Bordeaux and Burgundy." —Underground Wine Journal, Sept. 2011, 42/1.


A positive purple patch, then, also is excessive, unusual, beyond the norm; "a run" of good luck, not a permanent thing.


Given its rich history, do you think "purple prose," like "bitch," is a phrase worth reclaiming? Or would romance proponents better spend their time celebrating and analyzing romance authors whose prose style is more conventionally "literary"? Or is there a need to do both?

Email ThisBlogThis!Share to TwitterShare to FacebookShare to Pinterest
Labels: language