The best laid plans of mice and romance bloggers...

The current spate of snowy weather in Boston laid waste to my plans to attend the What is Love? Romance Fiction in the Digital Age conference last week. Luckily for me, and for RNFF readers, romance blogger and conference attendee Elisabeth Lane kindly agreed to share her thoughts on the conference. Take it away, Elisabeth...

This past week at the Library of Congress, romance readers, writers, and academics got together to talk about the romance genre. There was a sneak peak of a documentary, Love Between the Covers, by filmmaker Laurie Kahn, which set the tone for the two days of programing in its overwhelmingly positive and empowering vision of the romance genre. The following day, a conference on popular romance, What Is Love? Romance Fiction in the Digital Age, featured panelists from academia and publishing, as well as writers, readers, and others involved in the romance industry. Romance writer Margaret Locke wrote an excellent recap of the film and the four individual panels from the conference. And romance writer and blogger Kiersten Krum storified the #poprom hashtag that was used during the conference. Both are great links for a broad overview of what was discussed at the conference. 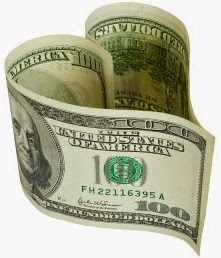 What I'd like to talk about here, though, is something more specific, a common thread that struck me after watching the documentary film and after attending the conference the next day: the huge economic impact of the romance genre. As a romance reviewer, I typically think of romance in terms of its content: stories, characters, plots, themes. And sometimes in terms of sociological analyses of what we as a society say about the romance genre and what the romance genre says about us. But while I have always known intellectually that romance is a huge business (it’s a fact that gets repeated frequently by romance apologists), I hadn’t really considered its impact on individual women’s finances. During the film and the conference, the theme that romance is a genre “for women, by women, and about women” was repeated at least a half dozen times by various speakers. While in the spirit of inclusiveness, we know that’s not always the case, it is still very much true of the bulk of the romance industry. Not only is the romance industry in general for women, by women, and about women, it is also a business that accrues major economic benefit to women.

There were myriad examples of this in both the film and the conference. Historical romance writer Eloisa James, who was both interviewed for the documentary and was present at the conference, said in the film that she started writing romance novels to pay off student loans. Liliana Hart, a self-published writer of romantic suspense, made reference during a panel to trying (with difficulty) to raise four kids on a teacher’s salary prior to her success as a writer. Kim Castillo, an author assistant, has turned her love of romance into a business, handling administrative and promotional tasks for James and other writers. She was clear in both the film and on one of the conference panels that the business of romance novels feeds her family. Tara McPherson, Associate Professor of Gender Studies and Critical Studies at University of Southern California, discussed the contributions of romance novels to the bottom line of publishers and the success of soap operas (another medium created primarily for women) in keeping television studios in the black for many years. This doesn’t even cover all that was said by speakers and panelists regarding the benefit of romance to their personal bottom lines.

These examples are anecdotal, of course. The conference wasn’t explicitly about the business of romance and so there were very few specific dollar amounts cited beyond a million here (for some authors) and a billion there (for the industry as a whole). So I looked up some statistics on the RWA website, the trade association for the romance genre. In 2013, the total sales value of the romance genre was $1.08 billion, accounting for 13% of the sales share of the adult fiction book market. And, also from RWA, 84% of the romance readership is female. I couldn’t find statistics for the percentage of romance writers, editors, agents, cover designers, marketers or others who work in romance publishing, but attendance at the conference, which spanned every aspect of the industry, was overwhelmingly female. So a lot of women are making a lot of money in the romance industry. How much is “a lot” to each person varies widely, depending on specific and highly personal goals—recently contemporary romance writer Cara McKenna did a really honest post on Wonkomance about her earnings—but it’s clear that whatever money is being made makes a tremendous difference to women’s households.

When we talk about romance, the question of both economics and personal household budgets are rarely discussed. We can talk about how we read romance or whether the content of romance is inherently feminist or whether it upholds a status quo that is inherently conservative, marriage-centric, and heteronormative. And those are all very interesting questions that I personally could think about and talk about all day long, every day. But whether romance is a feminist genre or whether it isn’t in terms of its content, a lot of women are making a lot of money in and from this industry. And it’s an industry that wouldn’t exist or be popular or be profitable without the work of women, the business acumen of women, and the community of women. Which seems to me to be an inherently feminist good.

Elisabeth Lane is a romance novel-loving housewife who writes romance reviews for food lovers at her blog, Cooking Up Romance. You can also follow her cooking and reading adventures on Twitter @elisabethjlane and Facebook.