It feels a little weird to cheer a romance with a protagonist who was raped as a teen. Rape surely isn't anything to cheer about. But a romance with a heroine who has been, and is still, refusing to buy into the victim-blaming discourses that so often surround those who have suffered sexual trauma, a heroine who has been taking active steps to claim her own sexual pleasure despite her past assault, seems rare enough to be worth a hurrah or two.

It's not hard to understand why college junior Hannah Wells is not a big partier; at 15, she was raped at a party, and when she tried to prosecute her attacker, she and her family became pariahs in their small town. Hannah's had lots of therapy, and has even had a few boyfriends, since her assault, but she's never been able to reach orgasm during sex with a partner. Justin Kohl, sexy new transfer student, has her heart pounding, though, even though he's a jock, not arty Hannah's usual type. Might he be the one to help her get over her sexual difficulty?

When he signed up for Philosophical Ethics, hockey team captain Garrett Graham thought the course would be a breeze. But this semester, a new, far tougher instructor is teaching it, and after a disastrous midterm, Garrett (and most of the rest of the class) is in danger of failing. Brash, aggressive Garrett will NOT allow that to happen—if he can't get his GPA up, he'll be suspended from the team. And hockey, and his teammates, are the most important thing in his life.

Hearing that fellow classmate Hannah has aced the midterm, Garrett decides that Hannah must and will be his tutor. But unlike most of the girls who fawn over this BMOC, Hannah won't give him the time of day. 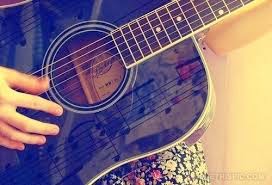 Garrett isn't one to take no for an answer, though, and tries several different angles to convince Hannah that it's in her best interests to accept the job he's offering. But Hannah remains firm—why would she ever want to spend her time tutoring a dumb, foul-mouthed, cocky jock? Especially when she has her duet in the Winter Showcase to prepare for. The Showcase isn't just a performance; it's a competition, with the winner granted a major scholarship. With all the money her family had to spend on lawyers during the rape prosecution and trial, Hannah wants more than anything to win the scholarship and relieve some of her parents' financial burdens.

When Hannah's roommate, aware of her crush on Justin, drags her at a party, and Garrett sees how she's drooling over Justin, he comes up with the perfect deal: she'll tutor him for a week and a half, preparing him for the Philosophical Ethics midterm re-do. After the test, Garrett will go out on a very public date with her, thereby raising her social profile up to a level that will attract the status-conscious Justin. Much to Garrett's surprise, and to her own, Hannah takes Garrett up on his challenge.

As Garrett and Hannah spend time together prepping Garrett for his test, their sarcastic dissing of each other gradually leads to something unexpected: friendship. And for Garrett, who is happy to sleep with almost any girl, but has no desire to take on the time-sink of a girlfriend, something even more unexpected happens: not only is he attracted to arty singer Hannah, but he actually might want to spend time with her outside of bed.

It was great to read a romance with a female character who had experienced sexual abuse, but who had already engaged in extensive therapy and who was not allowing shame, guilt, or victim-blaming discourses to undermine her hard work in learning to deal with the aftermath of her trauma. Hannah has learned to be comfortable with her body, can bring herself to climax through masturbation, and knows that she'd like to experience orgasm with another person, if she can only find the person who turns her on enough. That she learns that it's not only her own attraction to a potential partner, but also the attentiveness of that partner to her needs, that allows her to achieve her sexual goals, is a lesson that not only those who have experienced sexual trauma benefit from learning, but that every girl and woman beginning to explore her own sexuality needs to discover.

And it was also great to watch the brash, vulgar Garrett starting to recognize the sexist language and behavior that he and his fellow jocks take for granted in their dealings with the opposite sex. When Garrett's housemate and fellow teammate Logan says about Hannah, "She's hot... You tapping that?" Garrett can't help feeling uncomfortable:

I'm not sure why I'm suddenly on edge. I'm not into Hannah in that way, but the idea of her and Logan hooking up makes me uneasy. Maybe because I know what a slut Logan can be. I can't even count the number of times I've seen a chick do a walk of shame out of his bedroom. (Kindle Loc 1295)

After Hannah reveals her trauma and asks Garrett to help her overcome her sexual problem (thinking it might be easier to focus on her own pleasure, rather than worrying about disappointing her partner by not reaching orgasm, if she's with someone whom she doesn't love), Garrett agrees. But Hannah and Garrett don't jump immediately into fabulous, problem-free sex; despite Garrett's cocky reputation, there's no magic penises here. Garrett actually takes the time to do some research about victims of rape, and refuses to rush straight to intercourse. The two work on establishing mutual trust, and joint experimentation, to find what Hannah responds to sexually, and what triggers can short-circuit her sexual pleasure.

The last quarter of the book, when Hannah and Garrett's friendship-with-benefits is threatened by Hannah's earlier agreement to go out with Justin and by the meddling of Garrett's verbally and physically abusive father, takes a decided turn toward the melodramatic. Rather at odds with the realistic feel of most of the earlier story, and certainly not my usual cup of tea. Yet I was willing to live with the soap-opera-y shift for the rewards of the book's earlier unusual, progressive depiction of a young woman who had been raped, but who, through therapy, self-development, and the cultivation of caring friendships, works to craft an identity that is far more than just "victim." 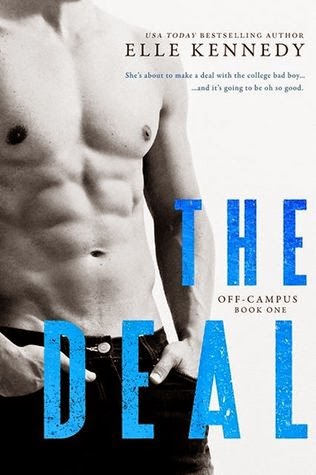