Learning to Parent: Huntley Fitzpatrick's THE BOY MOST LIKELY TO

When my daughter made the transition from picture books to chapter books, she noticed a worrying pattern: more often than not, the child characters in her books had parents who were dead. I had to explain to her that the fictional dead parents trend was not a reflection of reality (no, Daddy and I weren't going to die anytime soon), but rather a literary trope common to the genre. Kids with parents have less freedom than those without; authors of books for children, then, often killed off their protagonists' parents to give their characters more opportunity to experience adventured unhindered by protective and interfering adults.

In contrast, many YA books are all about parents—or at least about teen protagonists' conflicts with them. Moms and dads in YA fiction often are the ones who put the "problem" in the "problem novel": woefully inattentive or painfully controlling; demanding perfection or too lost in their own addictions to demand anything; stressed out, drugged out, or too mentally ill to help their adolescent offspring negotiate the difficult transition from childhood to adulthood. Not dead, certainly, but readers might be excused for wishing many YA parent characters had kicked the bucket.

Huntley Fitzpatrick's The Boy Most Likely To has a lot to say about parenting, but in a way far different than many a YA novel. Its two protagonists, Alice Garrett and Tim Mason, come from very different families, with very different parents. Alice is the eldest daughter in a family of eight (and counting) kids, a tight-knit, loving group, even if its members often get on each other's nerves. Tim's family, by contrast, is more about secrets and distance: his mother focused on collecting cute teddy bears and pillows with platitudes embroidered on them so she won't have to face the problems of her siblings or her children; his father as coldly judgmental and emotionally distant as an icebox, for reasons we, like Tim, never do come to understand.

At the start of the novel, though, both Alice and Tim are faced with disruptions in their usual family dynamics. After being hit by a car several weeks earlier, Alice's father is still recovering in the hospital; between focusing on her husband and her own pregnancy, Alice's mother has little to no time to devote to the daily tasks needed to keep her sizable family afloat. Nineteen-year-old Alice thus finds herself thrust into the role of parent to her six younger siblings, a role that she's not at all thrilled by.

Seventeen-year-old Tim, a friend of one of Alice's younger brothers, appears to be on the exact opposite trajectory. His aloof father (whom Tim refers to as "Nowhere Man") seems not to have noticed that his son has been making an effort to turn his hot mess of a life around: acknowledging his drinking problem; attending daily AA meetings; and holding down a job for the first time. Judgmental Mr. Mason sees none of it. In fact, in the book's opening scene, he gives his son until his eighteenth birthday to start "acting like a man—in every way," or he'll cut off his allowance, insurance, and funding for college. And kicks him out of the house to boot.

When Alice's brother offers Tim the apartment over their garage, Alice is incensed: now that her eldest brother is moving in with his girlfriend, Alice envisioned the apartment as hers, a place to get away from the madness that is her family. Readers of Fitzpatrick's earlier novel about the Garrett family, My Life Next Door, may envision a "boy gets adopted by a happy family" scenario will follow, complete with happy love story for Tim and Alice. Yet the story that unfolds is far more intense that the book's light romance cover art suggests.

During the opening scene, which depicts Alice trying to feed four of her siblings with yet another oatmeal breakfast while dealing with the early adolescent romantic angst of her younger sister, Alice wonders: "How does mom stand this? I pinch the muscles at the base of my neck, hard, close my eyes. Push away the most treacherous thought of all: Why does Mom stand this?" (19).  Alice may hate it when people come up to her mom in public and make disparaging remarks about the size of her brood, but she has no plans to follow in her mother's offspring-prolific footsteps. In fact, she's pretty sure she doesn't want any kids of her own at all. Which may be one of the many reasons for her love 'em and leave 'em ways when it comes to her own romantic life.

Tim, then, should prove a welcome diversion to Alice when he moves into the above-garage apartment Alice's older brother just left. Tim's an incorrigible witty flirt, and has had his eye on older Alice for a while now But Alice sees Tim only as another problem, "yet another person who needs a mother, a maid, a manager" (42). And she's not at all happy to find the "hot mess inside and out" taking up residence in the apartment she had thought would soon be hers (42). But after a few encounters with the new tenant, ones in which Alice initially tries to  fix or mother Tim but ends up interacting with him as an equal, Alice finds herself inexplicably attracted to the quick-witted but emotionally messed up young man:

"At least you've got your running shoes on." She looks down at my feet. "No you don't even, do you? Who jogs barefoot?" Her toes tangle with mine for a second, then move away. She looks down at the sand, not at me, draws a squiggly line between us.
"It matters?"
"Traction, honey," Alice says.
"I thought that was only when you'd broken a leg. Navy Seals do it. So I've heard."
I wait for her to make fun of that, but instead she smiles a little more, almost undetectably, unless you're looking hard at her lips, which I may be doing—says, "Maybe put off the BUDs challenge until you've built up more . . . stamina."
There are so many ways I could answer that.
She moves closer; smells like I've always thought Hawaii would, green and sweet, earthy, sun and sea mixed together, smoky warm. Her greenish gray eyes, flecks of gold too—
"You've only got one dimple," she says.
"That a drawback? I had two, but I misplaced one after a particularly hard night."
She gives my shoulder a shove. "You joke about everything."
"Everything is pretty funny," I say, trying to sit up, but sinking down immediately, back groaning. "If you look at it the right way."
"How do you know you're looking at it he right way?" Alice's head's lowered, she's still circling an index finger in the sand, only inches from brushing her knuckles past my stomach. The morning air is still and calm—no sound of the waves, even.
"If it's funny," I wheeze, "you're looking at it the right way." (35-6). 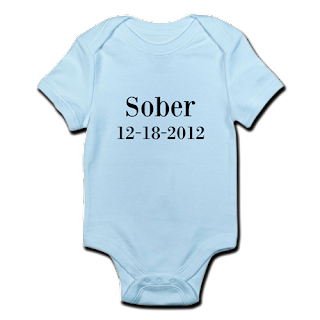 Until the novel takes a sudden turn, and Tim finds himself unexpectedly forced into a parenting role himself, when (SPOILER ALERT HERE), a one-night stand from his mirky past shows up, infant in tow, claiming that Tim is the father. Can the boy whom everyone thinks is one most likely to "forget his own name even before we do," "turn down the hottest girl in the world for the coldest beer," and "be six feet under by our fifth reunion" truly parent a baby (57)? And can Alice, who has already put her life on hold to care for her own siblings, form any kind of meaningful bond with a boy already burdened with a child of his own?

Through both Alice and Tim, Fitzpatrick shows not only the joys, but the repetitive, mind-numbingly dull, and physically taxing work that goes into caring for young children. Parenting is not something that comes naturally to Alice because she's a female; neither is it something that comes unnaturally to Tim because he's a male (in fact, the mother of the baby proves far less comfortable with parenting than either Alice or Tim does). Both have to work hard to learn new skills, to rein in their impatience and boredom, and to be forgiving not only of the mistakes made by their charges, but also of those they themselves have made, and continue to make. In many ways, by learning to parent others, Tim, and even to a certain degree Alice, learn to parent themselves.

And thus are prepared themselves to step into an adult romantic relationship as a partner, rather than a needy child. 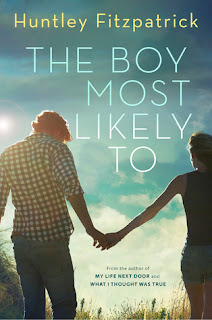 Huntley Fitzpatrick
The Boy Most Likely To
Dial, 2015
Posted by Jackie C. Horne at 9:00 AM