Bad enough to think that people your parents' age might be having sex, my teenage daughter tells me; it's just out and out gross to think that people old enough to be your grandparents might be getting it on. But one's sex life does not end the day one joins AARP,  as I take great pleasure from reminding her. Neither does one's love life. A senior citizen can fall in love just as easily as can a teenager.

Not that we would know it from reading romance novels. Depictions of protagonists above 50 in the genre are about as rare as hen's teeth. A scarcity that Noelle Adams' latest contemporary romance, Late Fall, only just begins to address. 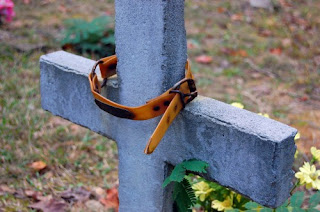 Though it is told using first person present POV, Late Fall begins on an elegiac note; having just buried her latest of a series of beloved dogs, 71-year-old Ellie Davenport tours her home, two acres in the Virginia mountains, one last time before moving. Ellie, who has never married, is recovering from a broken hip, and has realized that she no longer has the energy or the income to do the daily upkeep at her longtime home. So she's sold her house and land to her nephew, and is poised to begin a new stage in her life at Eagle's Rest, an Assisted Living facility.

Ellie knows that she'll be meeting new people, but doesn't realize how much living at Eagle's Rest will feel like being back in school again—the gossip about this person's son, this one's grandchild; the friend groups and the cliques; and especially the women (who outnumber the men by a good margin) competing for male attention. Eagle Rest's most popular man about campus turns out to be Dave Andrews, a former colleague of Ellie's at the college where she spent much of her career, working as a librarian. The two never got along very well back then ("I didn't—and still don't—like those charming, schmoozing kind of men," Ellie notes when she first discovers that Dave is among Eagle Rest's residents (Kindle Loc 316). A numbers guy, he spent five years trying to cut the library's budget, with Ellie fighting to block him at every turn. Ellie was not sad to see the back of him when he tired of academia and returned to corporate finance, and isn't all that thrilled by the idea of encountering the arrogant man again. 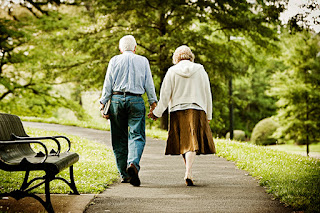 Going for early morning walks alone is one way introvert Ellie carves out solo time for herself at Eagle's Rest. But when Dave comes across her resting from her morning exertions on his bench, and upbraids her, Ellie won't give him the satisfaction of moving, or of being rude to him in turn. Instead, she invites the annoying man to sit beside her. And he does. Every morning thereafter.

At first, their benchwarming sessions are quiet. But as grumpy Dave admits he remembers Ellie, and the two begin to share details of their lives since they last met, a wary friendship begins to form. And as the sharing moves from superficialities to things that really matter, Ellie begins to recognize that while aspects of the arrogant Dave she once knew certainly remain, Dave at seventy-five is a lot more vulnerable, and a lot more lonely, than she ever could have imagined.

It may be just as easy to fall in love in your 70s as it is in your teen years. It may even feel the same, as Ellie is surprised to discover when Dave holds her hand: "I'm almost embarrassed by how much I enjoy it, how I feel a little breathless as I sit beside him. It seems like this sort of thing should feel different as you get older, but it doesn't. It really doesn't" (1141). But additional emotional experience and (often) lessened physical capabilities does make the experience of that love far different. As the blossoming of Ellie and Dave's relationship shows, in realistic, bittersweet, and yes, romantic detail.

Can you think of any other romance novels (rather than women's fictions) that feature elderly protagonists? 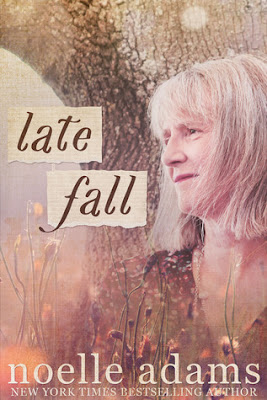