Bad Good Guys and Good Bad Guys: A Primer, via Jill Sorenson's AGAINST THE WALL

In m/f romance novels, it's usually pretty easy to tell the difference between bad guys who only look like good guys on the outside and good guys who are hiding their vulnerabilities under bad boy masks. Especially if your romance is told in alternating points of view.

In real life, though, women are rarely granted direct access to a potential romantic partner's inner thoughts and feelings, particularly at the beginning of a relationship. So it can often be difficult to make accurate judgments about said potential partner's motivations, intentions, and/or character. 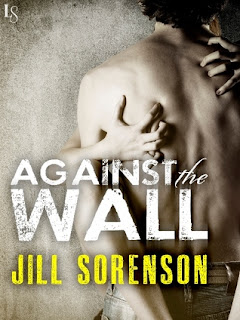 1. There's something wrong with me, some hitch in my wiring. I can go straight and stay clean, but I can't be soft. I can't be normal. I can't stop getting turned on by risk and danger. I like being bad, especially in bed.


2. It's not that I don't enjoy oral sex as part of foreplay or even as the main event. It's just that X doesn't seem interested in anything else. And he takes without giving.


3. Back in the day I used to make fun of guys who got hung up on their girlfriends. I thought they were suckers, handing over their balls. Now I realize that I was the stupid one. There's nothing unmanly about wanting to keep your woman happy. It's a strength, not a weakness.


4. I wasn't raised to be weak. Taking chances is a part of my nature. But I'm trying to find the balance between standing strong and being too aggressive. I have to stay in control. It's like art. You self-edit.


5. I have to pick my battles with X. He can be hot-tempered, depending on his mood and the amount of alcohol he's consumed. I tell myself it's not his fault. He's a dedicated athlete, big man on campus, born to a wealthy family. Guys like him expect their girlfriends to fall in line. 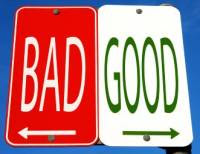 7. He grabbed her ass like he owned it. I might do the same thing if she was my girl, but not to be insulting. Not in front of her friends. Not to put her in her place or show her who's boss. I can't stand the sight of him disrespecting her.


8. Our relationship hit the skids as soon as I moved in with him. Then he stopped pursuing me and started trying to control me. It's almost as if he considers me his property now that I live in his apartment.


9. If I continue to stay silent and let him push me around, our relationship is going to implode. Maybe that's what I want. 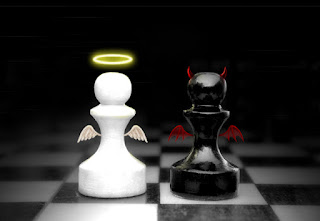 1. Eric (the good bad boy).  Far from setting off alarm bells, the phrase "bad in bed" suggests adventure and excitement. If the risks involved are consensual, then you're in good bad boy territory.

2. Chip (the bad good boy).  Whether they're wearing a leader jacket or a letterman's sweater, guys who only pay attention to their own sexual pleasure, not to the pleasure of their partners, are bad.

3. Eric. Good bad boys, especially those raised in traditionally patriarchal cultures, often use male-inflating metaphors ("balls" as a symbol of strength). But they can also learn to recognize the gendered  blind spots that their culture teaches—if they are allowed to maintain a positive sense of masculinity while they do so.

4. Eric. Good bad boys also learn to recognize the limits and dangers inherent in a traditional vision of aggressive masculinity. Being strong is good; being violent is bad. Dance on the line, but have the control to know where that line is.

5. Chip. Beware the bad good boy who's been corrupted by his own privilege. Being an athlete, or a big man on campus, doesn't give you the right to tell your girlfriend what to do or how to act. Don't be tempted to excuse away bad behavior just because a bad good guy has privilege.

6. Eric. Trick quote! Yes, Eric fucked up by fucking another girl. But a good bad boy is self-aware enough to recognize his own asshattery, and wonder if it is possible for him to change his ways. The bad good boy would never question his own past actions. 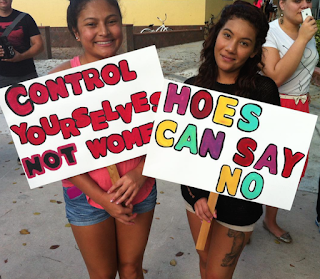 7. Chip. A bad good boy often uses physical affection to convey other messages: I own you. I control you. I'm in charge. When he's conveying such a message during a "Slut Walk" protest march, caution flags should start waving. A girlfriend's body is not a tool, but the bad good boy certainly is.

8. Chip. A bad good boy doesn't expect you to do his laundry, his dishes, or his homework, especially without any thanks or compensation. And yes, while the shine can wear off the romance when you start living together, familiarity is one thing; being regarded as property completely another.

9. Chip. Even after you realize that your good guy is really a bad guy in good guy disguise, it can be tempting to not take a stand, to not get yourself out of the relationship. To wait for the bad guy to do something so bad that no one would blame you for hightailing it out of there and dumping someone who gives a convincing show of being a good guy.  Don't.


What other romance novels give younger (teen and new adult) readers models for how to tell the difference between good guys who appear to be baddies, and bad guys who look squeaky clean?