The Protective Hero, or What Are Romance Readers So Afraid Of?

I've heard a lot of romance writers and critics account for the trend in romance for BDSM heroines, and romance heroines in general, taking sexual pleasure by giving up control by pointing to the burdens of the second shift. Having won a certain degree of equality in the workplace (we'll put aside the issue of the gendered wage gap for now), the majority of Western women now put in a full day of work outside the home. But since men have not rallied for equality on the home front, at least not to the same degree that women have on the work front, women end up pulling a second shift, still doing nearly the same amount of childcare and housework that they did when they worked only at home: cooking, cleaning, grocery shopping, scheduling children's medical appointments, sending birthday cards to relatives, etc. etc. The apparently sexist romance trope of giving over power/control, then, is really a metaphoric cry of feminist frustration/outrage at continued gender inequalities in a purportedly post-feminist society. 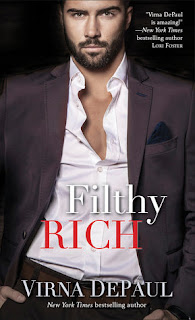 I can buy this explanation to a certain extent (although the snarky, outspoken side of me just wants to stop and shout, "don't just wallow in a book that tries to distract you from the inequality in your life; demand that your boyfriend/spouse take on an equitable share of the home chores!"). What I'm thinking about today, though, is the fact that I haven't yet heard a comparable socio-historic explanation for the prevalence of another, perhaps even more common trope in romance: the trope of the protective hero. Mr. Protector is the star of the majority of today's paranormal books, especially those with shapeshifters. But he also appears almost as often in erotica, in romantic suspenses, in historicals, and even in contemporaries. In fact, I came across him twice just in the past three days, and not just in books from the same publisher, or by the same author, or even in the same genre: in Virna DePaul's rather un-feminist* erotic suspense romance Filthy Rich, as well as in Meredith Duran's far more progressive Victorian historical, Luck Be a Lady. To wit: 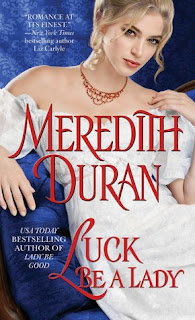 "Despite the fact that she was obviously capable of taking care of herself, she brought out his protective instincts" (Filthy Rich, Kindle Loc 525)

"He'd fucking promised to protect Cara, and instead he'd allowed someone to get close while they'd ben dancing and endanger her again" (FR 3895)

"I told you once: violence is clumsy. But sometimes it's called for. And when me and mind are at stake, I'll do what I must. Show no weakness, accept no insult, allow no advantage: that's the law of the street. (Luck p. 216)

"Your wife, whom you will overrule whenever you deem it fit. Your wife, whom you will lock away when her desires strike you as inconvenient."
"To hell with that," he snarled. "If I think you in danger, yes. That's what a man does—for his wife, for his friends, for anyone he loves. You think I give a damn if you're angry now, so long as you're safe tonight?" (Luck 327)


The word "protect," or some form of it, appears forty times in the NetGalley ARC of Filthy Rich, most often in reference to the feelings that its rich businessman hero, Branden Duke, experiences towards the heroine Cara. In contrast, the word appears hardly at all in the novel by the more literarily-inclined Duran. Yet Duran's hero, a London crime boss, is just as invested in a conception of masculinity defined by its ability to protect a heterosexual beloved as is DePaul's Manhattanite financier.

Why, at this particular point in history, do so many romance readers find the fantasy of being loved by a protective man so appealing? Or, to ask the question another way, what are romance readers today so afraid of? In real life, few of us are in danger of having someone ruin our reputations with a false sex tape, or being abducted by a mad Russian general, or being attacked by a crazed colleague, or being incarcerated in a Victorian madhouse. What is is that many romance readers feel in danger of, then, that draws them/us like bees to pollen to heroes who promise to save us, even at the expense of our independence?

*See my Goodreads review of Filthy Rich if you want the particulars of why I consider this one unfeminist
Posted by Jackie C. Horne at 9:00 AM