What can a feminist get from reading romance?


Earlier this year, out of the blue, a man named “Ken from NY” sent me an email via Goodreads. He wrote that he was primarily an adventure novel reader, explaining in detail what he loved about that genre. But he added that he was thinking expanding his horizons by giving romance fiction a try. He’d heard that Nora Roberts was one of the most popular romance writers out there, and since I had reviewed some of her books on Goodreads, he wondered if I might write back to him, to explain what I get out of reading romance.

Those familiar with the arguments of early feminist critics of the romance genre might be forgiven for doubting that a feminist reader could gain much of anything positive from reading a romance novel. Tania Modleski’s Loving with a Vengeance: Mass-Produced Fantasies for Women (1982) and Janice Radway’s Reading the Romance: Women, Patriarchy and Culture (1984) set the stage for such an assumption, arguing that in the battle between feminism and patriarchy, romance novels clearly side with the enemy.

Contemporary scholars of romance have taken issue with many of Modeleski’s and Radway’s conclusions. But conventional wisdom has yet to be persuaded; most non-romance readers still take it for granted that romance as a genre is bad for women. How, then, could I explain my reading tastes to Ken from NY, even while justifying to myself that said tastes should not automatically disqualify me from claiming an identity as a feminist?

I ended up sending Ken in NY a brief list of 5 benefits I get from reading romance. None of them are at odds with feminism; several of them stem directly from feminist beliefs. In future posts, I’ll be discussing romance scholars’ ideas about romance’s potential benefits, but today I share my own list (with a bit extra expounding to highlight the connections I see between romance and feminism). I also invite you to offer your own thoughts about ways in which romance as a genre is, or has the potential to be, feminist.

This isn’t a benefit of reading all, or even most, romance, much to this literary critic’s chagrin. But good writing is there to be found in the romance genre, and as a literary scholar, I take particular pleasure in reading stylistically interesting writing. Georgette Heyer, Judith Ivory, Laura Kinsale, Mary Balogh—all in very different ways—offer the pleasures of language, as well as the pleasures of story. I don’t think such pleasure is feminist per se, but I don’t see it as negating feminism in any way.

At its core, feminism is committed to the equality of men and women. Central to that commitment is feminism’s call for us to explore and understand the differences in power between men and women, differences that often stand in the way of achieving such equality. While much early feminist activism focused on equality and power in the workplace, power dynamics are often as much, if not more, at play within personal relationships, particularly within one’s relationships with a sexual partner. 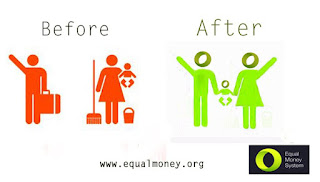 Romance novels, by definition, are all about such relationships; at the heart of the romance novel’s central conflict is a struggle between two individuals intent on negotiating how power will be divided and/or shared between them.
The romance genre provides not just one, but a multiplicity, of models of the ways in which two people might undertake such a negotiation. Some offer examples of feminine submission to a dominant man; others explicitly reject such submissiveness while implicitly endorsing it; still others marry action and ideology, presenting protagonists who share power equally and/or equitably.

Since we often tend to surround ourselves with people similar to ourselves, such a variety of examples might not always be available to us in our everyday lives. It can be a welcome relief to discover that the way your parents, or your siblings, or your friends came to understand power and its use within their love relationships are not the only models out there. Though the covers of romance novels tend to look the same, the power dynamics between romantic partners that lie behind them can differ radically. By comparing and contrasting how different books portray what a successful negotiation of power in a romantic relationship looks like, a discerning, feminist reader can learn not only about equitable models, but also about the tricks our culture uses to convince women to accept inequitable ones.

Traditionally, romance as a genre has been characterized by a strict heteronormativity (i.e., a belief that the only proper ending is one in which a male and female protagonist end up in a committed relationship, most often marriage or engagement). The publishing of romance novels featuring gay, lesbian, bisexual, and transsexual protagonists during the past decade suggests that the genre itself is not inherently heterosexist. But with the exception of erotic romance, the genre still does take monogamy as its norm (Ann Herendeen’s historical romance Phyllida and the Brotherhood of Philander a charming exception—more about this book in a future post).

As someone who has been married for 15+ years, and who was with that same partner for 8+ years before marrying, yearning after an unattainable love object isn’t really something I get to experience much any more—my love object is right here beside me in bed every night. But by identifying with the characters in romance novels, I get to re-live these feelings second hand. Such identification often reminds me of the early days of my relationship, which helps me to renew my commitment to that relationship, and to monogamy. While monogamy may not be the only feminist choice for how to participate in a romantic relationship, I don’t believe that monogamy in itself is inherently anti-feminist—do you?

This one is a bit tricky, and I’m still working it out for myself, so let me know if it doesn’t make sense yet. It starts with the idea that literary critics tend to value the original, the unique, and the special over the generic. “Genre fiction,” defined as books intentionally created with the conventions of a particular literary genre in mind, so that readers already familiar with the genre will know what to expect and will be pleased by the familiar, is commonly set up in binary opposition to “literary fiction,” with literary fiction clearly viewed as the superior of the pair. Not surprisingly, since romance is the most commercially popular form of genre fiction, romance is often seen as the wormiest apple in the genre fiction barrel.

In the past decade, literary critics have begun to take issue with the idea that genre conventions are inherently limiting (see for example Mary Bly’s essay, “On Popular Romance, J.R. Ward, and the Limits of Genre Study”*). But I’d like to make a slightly different argument, one that doesn’t urge us to look for the original, the special, within the generic, but instead holds up for admiration the very repetition that is the central characteristic of genre fiction. 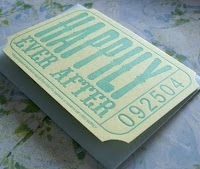 In our everyday lives, we have to continually renegotiate our relationships, particularly those with our romantic partner, if we are to maintain them. Reading a single romance, which often gives the impression that a couple’s problems are largely over once they have cleared the hurdles placed in the way of their relationship, could be seen as the opposite: holding up a false model, denying the necessity of the constant dance of love, hurt, anger, and forgiveness that make up the day-to-day workings of most real-life relationships.

But if you read romances on a regular basis, you actually find an echo of the relationship work you have to slog through each and every day. Though each individual novel presents different characters undertaking this relationship work, the repetition of the pattern across multiple romances more closely resembles the repetitive pattern of work you do in real-life relationships. I’m continually hurting the ones I love, especially my partner; I’m continually being forgiven. And I’m continually being hurt, being disappointed, and forgiving in my turn. Repetitively encountering the pattern through my reading of many romance novels heartens me for the work of enduring the same repetition in my day-to-day life.

Pleasure in reading the sex scenes

If you want to make a romance reader mad, just toss the label “pornography for women” in her (or, more rarely, his) direction. Sometimes the insult is meant to suggest that romance novels are somehow harmful or denigrating to their readers, just as reading or viewing pornography is thought by many to be degrading to its consumers. More often, though, the accusation seems to suggest a belief that unlike men, women are more likely to find sexual pleasure when emotional connection is also present; in order to become consumers of pornography, they need it to be encased within the protective shell of a romantic storyline. Romance novels are really just wolves in sheep’s clothing, such people seem to claim, pornography made palatable by the addition of narrative gloss. 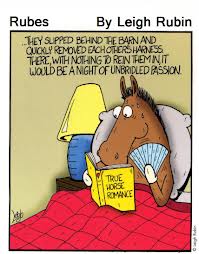 The “pornography for women” label also suggests that women in particular should be ashamed about being interested in, and reading about, sex. As a feminist, I take exception to such a belief. I openly acknowledge that I find the reading of sex scenes in romance novels fascinating. More than that, I often find reading them a turn-on. Returning to reading romance novels in middle age, after leaving them behind after adolescence, helped me to get through a time in my marriage when stress and personal problems had made me feel like sex was the last thing I should, or even could, give a damn about. But getting turned on by a romance novel made me want to search out actual sexual pleasure again for myself, and share it with my partner.

Though feminists have long been at odds with one another about whether pornography is denigrating to women or a positive celebration of their sexuality, if pornography is defined simply as sexually-related subject matter that sexually stimulates its reader/viewer, then calling romance novels “pornography for women” is no insult in this feminist’s book.

What do you think of the above list? And what other aspects of the romance genre do you think are, or could be, feminist?

Next time: Behind Every Good Rake...
An RNFF Review of Courtney Milan's UNCLAIMED