Behind Every Good Rake... Review of Courtney Milan's UNCLAIMED

A mainstay of contemporary historical romance is the dashing figure of the rake. The word rake originated as an abbreviated version of rakehell, which, according to the Oxford English Dictionary, came into use during the sixteenth century as a derogatory term for "a thorough scoundrel or rascal; an utterly immoral or dissolute person; a vile debauchee." As the shortened version of the word gradually began to replace the longer, so, too, did the term's connotations began to shift. By the late eighteenth century, rake could refer to the somewhat less reprehensible "man of loose habits and immoral character," and even to the fairly harmless "idle, dissipated man of fashion."*


But for today's Regency romance readers, the rake is a man not to be shunned or made fun of, but to be desired. All About Romance describes the rake as "a ladies' man, a bon vivant and possibly a libertine." A search at amazon.com for books with the word "rake" in the title turns up more than 800 in paperback alone, a testament to the popularity of the once derided figure.

Embodying the same appeal as the leather-jacketed rebel of the 1950s, the rake is valued by historical romance readers for his virility, his air of danger, and his unwillingness to conform to the strict social (and sexual) standards of his time. As a 2009 discussion of the rake on the Dear Author website suggests, the fantasy of being able to "tame" or "reform" such a figure is also a big part of the ungentlemanly gentleman's appeal. "I think the whole concept plays upon women's fantasies of being that one special someone who can affect positive change," argues author Maggie Robinson. "Lord knows in real life, men are not so amendable to reformation, or even putting the toilet seat down..."

But behind the figure of the rake looms an all-too-often forgotten shadow, Courtney Milan suggests in her historical romance, Unclaimed: the women whom he has seduced and abandoned.


Milan begins her questioning of our love affair with the rake by making her protagonist his very opposite. Unclaimed's Mark Turner is not only a virgin, but also the very public embodiment of early Victorian male sexual abstinence. When he writes A Gentleman's Practical Guide to Chastity, Mark thinks it just another philosophical treatise, one that will be printed then quickly forgotten. But to his surprise, his philosophizing draws the attention of young Queen Victoria, who knights him for his efforts. Mark becomes the rock star of his generation, known far and wide for being a man who won't succumb to any woman's physical charms. Mark is hounded by newspapermen eager to report his every move to his adoring fans; annoyed by his publisher, who is making a mint from subscriptions to the Male Chastity Brigade (MCB), a group inspired by his book; and tortured by well-meaning MCB members, who compare him to Christ, proudly inform him how many days they've gone without sex ("Forty-seven, sir!" Tolliver squeaked), and act in ways that clearly demonstrate they've never read his book.


Everyone in the rural village of Shepton Mallet, where Mark retreats to avoid the reporters and groupies who dog his every footstep, tries to matchmake on his behalf, believing that such a perfect man will want a similarly perfect woman. But Mark, and Milan, know better.

Jessica Farleigh is a courtesan, a woman who has sold her body for sex. She's followed Sir Mark to Shepton Mallet in order to win the cash prize, offered by a rival of Mark's, to any woman who can prove she's seduced the morally upright gentleman. Jessica believes the seduction will be easy: "If Jessica knew anything, she knew men. She knew what men wanted, and she knew how to give it to them.... [A]s with all men, she only needed to imply she was available. Sir Mark would be a willing participant in the destruction of his own reputation" (46). But what draws Mark to Jessica is not what all men want; thought he notices her beauty and her provocative dress, he won't be driven by it:

No doubt the inhabitants of Shepton Mallet had no idea what to make of a woman like this one—or a gown as daring as the one she wore. But Mark knew. That was the sort of dress that commanded: look at me.
Mark had never taken well to commands. He turned away. (34)


What convinces Mark to reconsider is not how Jessica looks, but the incongruity between her dress and her actions. Though her gown signals sexual availability, the way she flinches when the local rector touches her arm clearly signals stay away:

For one instant, she had more the look of scalded cat about her than graceful swan, and that half-second of response betrayed her air of worldly sensuality. She was not who she appeared at first blush.
Mark was suddenly interested—interested in a way that a low-cut gown and a striking figure could never have accomplished. (36)

Mark sees the specific, the individual in Jessica, refusing to universalize. Unlike Jessica, he refuses to insist that all women are anything. And what he wants in a romantic partner is someone who can see him for who he really is: not the pious, sexless plaster saint the fans of his book assume him to be, but the man who desires, yet chooses not to act on that desire.

If he feels sexual desire, why does Mark choose to remain celibate? First, because he refuses to buy into the popular wisdom that places all blame for sexual impropriety on the woman. "A man must claim responsibility for his own temptation, and not pin it on the woman who arouses him," he tells the young MCB member who urges him to kick the all-too-alluring Jessica out of a town picnic held in his honor (87). As Jessica discovers when Mark refuses her seduction attempts, Mark believes there's an important distinction between thought and deed: "Yes, I want you, he'd as good as told her, but I won't act on the want" (89). In many historical romances, a hero's loss of sexual self-control in the face of the woman he lusts after is a positive sign; through Mark, Milan asks us to consider sexual self-control as a sign of respect.

Second, Mark realizes that the double standard makes indulging in sex far more risky to the woman than to the man. Frustrated by the misguided principles of the MCB, Mark lectures the group:

Mark's words point to the debilitating double standard of his society (and, far too often, of our own), a clearly empowering feminist message. Intriguingly, though, by insisting that it is the male alone who is responsible for making the choice about whether or not to indulge in sex, Mark comes dangerously close to justifying the same male privilege as his words decry. Such a protective attitude toward women can all too easily lead to a man making all the choices on behalf of his beloved, Milan's novel cautions. And given Jessica's history, the choices that she's made and the choices that have been made for her, that is a danger that bodes ill for any worthwhile romantic relationship. 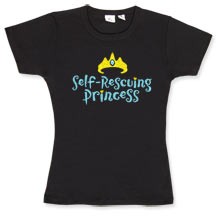 Before Jessica and Mark can reach their happily ever after, then, Mark needs to accept that Jessica is not just a victim waiting for his knight in shining armor to rescue her and absolve her for her sins. She doesn't need him to stifle her with his protection, taking away her choices just as much as did any of the "protectors" who gave her money rather than love. Instead, she needs him to accept her, flaws and all, and to let her fight her own battles. The novel's climax allows Jessica to act as her own savior; the specific means by which she accomplishes this may not be very historically likely, but they are intensely satisfying to the feminist reader.

The opposite of a rakehell isn't a prude, Unclaimed asks us to believe, but rather a man who takes responsibility for his own sexual desires, and for their consequences. And a man looking for a relationship of equality with a woman will not smother her with his protection, but will allow her to ride to her own rescue, all the while admiring "how brightly [her] armor shone" (400).