Printzs and RITAs and boys, oh my!: Constructions of masculinity in award-winning YA romance

The purpose of the RITA contest is to promote excellence in the romance genre by recognizing outstanding published romance novels." — Romance Writers of America web site


This week, the American Library Association announced the winners of its major annual children's and young adult book awards. Among those awards is the Michael L. Printz Award for Young Adult Literature, and its affiliated lists, the "Best Fiction for Young Adults" and "Best of the Best" lists (named the "Best Books for Young Adults" list until 2011). Librarians, booksellers, and especially publisher across the country wait with bated breath for the announcement of said awards. Winning guarantees not only a big increase in a book's sales, as schools, libraries, and booksellers rush to stock titles with YALSA's stamp of approval, but a welcome addition of prestige. 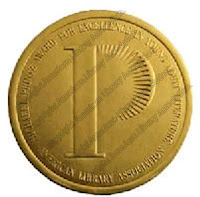 Criteria for the selection of literary prizes such as the Printz typically assert that their award's goal is to promote "excellence" or "merit." But as Kenneth Kidd points out in his essay "Prizing Children's Literature: The Case of Newbery Gold,"* examining the history of such prizes often reveals as much about a particular organization's identity and ideological leanings as it does about what constitutes an abstract, or absolute, vision of literary merit. Comparing the prizes awarded by different organizations to the same category or genre of books, then, should reveal important differences (and perhaps surprising similarities) between said organizations.

So, for a talk I hope to be giving at this year's Children's Literature Association conference, I've decided to read the books nominated for a RITA award for Best Young Adult Romance of the year by the Romance Writers of America, and compare them to those books with romances or strong romantic elements awarded a Printz, or named to the "Best Fiction for Young Adults" or the "Best of the Best" list.

In particular, I'm going to look at how these books depict masculinity. What does mean to be a teen hero? What types of boyhoods/male adolescences do librarians hold up as worth emulation? Are they different from the types of masculinities valued by romance writers? If so, how? And are there any similarities?

The Printz list this year, alas, looks a bit short on romance:


So I may have to delve into YALSA's "Best of the Best 2013" list for more relevant titles (Maggie Stiefvater's Raven Boys? Alethea Kontis' Enchanted? David Levithan's Every Day?)


Anyone interested in joining me on this reading odyssey? I'll be posting intermittently between now and June about these books, letting you know what I've discovered, and would love to hear your thoughts, either in response to mine or in response to your own reading of the book(s). All contributors will be given due credit (and thanked profusely) in any presentation I make :-).

Next time on RNFF:
Sexuality, the Gothic, and romantic suspense: Robin Schone's The Lover

Email ThisBlogThis!Share to TwitterShare to FacebookShare to Pinterest
Labels: awards, masculinity, YA