Victoria Schulman was hugging his horse.
If that wasn't enough to piss a man off, Eli Turnbull didn't know what was. That she was doing it in one of those fussy satin shirts only made it worse.

Yet O'Keefe is after something a little more subtle here than the usual "men are like this, women are like that, and it's their differences that make for compelling love stories" assumptions common to much traditional romance. It's even more complicated than the "he'll learn to be a bit more emotive, she'll learn to be a bit more assertive" character arcs to be found in more recent, more progressive romance novels. Instead, O'Keefe strives to show the true costs, to both men and to women, when the sexes are corralled inside the fences of overly rigid gender roles. 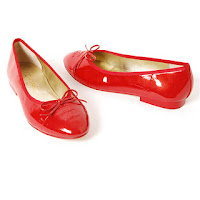 Victoria has spent her entire life being bullied by domineering men. First by her father, an arrogant Texas rancher whose favorite pastime had been throwing verbal insults at his illegitimate daughter. Then, seemingly more benignly but ultimately just as destructively, by her husband Joel, a New York City financier who loved Victoria's "delicate femininity" because it "made him feel strong. Like a protector" (6). Now that both men are dead, one due to old age, the other the result of suicide after his Ponzi scheme went belly-up, Victoria finds herself dangerously adrift, whining and waiting for someone, anyone, to rescue her and her young son from financial and emotional ruin.

That is, until yet another man attempts to push her around. Eli Turnbull has worked on Victoria's father's ranch for all of his life, yearning one day to take back the land his ancestors were forced to sell to Victoria's. Though Eli feels "bad bullying a woman who clearly needed not only a good meal but someone to take care of her" (1), he doesn't let his feelings stop him from laconically insulting, belittling, and condescending to Victoria in an attempt to persuade her that she would be far better off selling the ranch to him than in making the patently ridiculous attempt to run it herself. 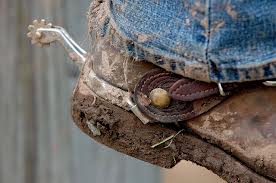 Being on the receiving end of such treatment from Eli, who had been the only one to take any positive interest in her during her childhood summer visits to her father's ranch, proves galvanizing to the previously passive, put-upon Victoria:

It was as if Victoria were totally invisible and after being invisible to every man in her entire life, she'd had enough.... After years of lying down, of capitulating, of surrendering before she even realized she had something she wanted to fight for, she was filled with an unholy hostility.... She was a woman who was just beginning to realize how scorned she truly was. (6)

Rather than taking the entire novel to learn the value of gumption, Victoria takes advantage of her fury forged in hell right from the book's opening scene. And not because she's a woman scorned, but because she's one who will no longer tolerate being belittled and ignored by the men around her. By the end of the first chapter, the feminine Victoria has become just as "pissed off" as the masculine Eli was in the book's opening scene. Can some lessons in the value of the touchy-feely for cowboy Eli be far behind?

Eli forces Victoria to muck out the barn; Victoria leaves potpourri and a "Home, Sweet Home" pillow in Eli's horse's stall. Eli sells off the herd; Victoria leases the land Eli longs to buy. The lines for a typical battle of the sexes clash seem clearly drawn.

Yet when Eli pulls Victoria's son into the game, Victoria calls the battle to a screeching halt. And when Eli, in a move that would have been rewarded in an Old Skool romance, tries to bully her into relenting by playing on her obvious physical attraction to him, she throws him off the ranch. For good. In the year 2012, the old "You want this... Don't fight me" line (words which Eli actually uses) just don't have the power to persuade, even the most delicately feminine of women.

Barely 60 pages into the novel, and O'Keefe has kicked the ladder of reader expectations out from under us. And she's done it while simultaneously pointing a finger at the misogyny underlying the traditional battle of the sexes romance plot. Where can this city girl/cowboy tale go from here? 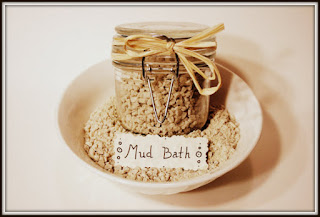 Mudslides, mudbaths, and an unlikely alliance with two other women—the ranch's Latina cook, and Victoria's stepmother, a former model who once took her frustrations at her untrue husband out on the unhappy fruits of his philandering (i.e., Victoria)—lead to a risky, but tempting solution to Victoria's financial woes. And finally taking responsibility for her own life allows Victoria to own up to her own sexual desires, too, rather than expecting Eli to play the bad guy so she can keep her good-girl self-image intact.

Yet behind her newly empowered self-identity, Victoria's older self lurks. And ironically, it raises its debilitating head not due to fears of losing a man, but of gaining one, and sliding back into her weak, disempowered way of life. It threatens to take completely over out of guilt, when her former friend Renee, a victim of Joel's dirty business dealing, arrives at the ranch, determined to force Victoria to bear her pain like a good, self-sacrificing feminine wife should.

Seeing how the feminine Victoria comes to terms with the differing roles she tentatively inhabits (and though I've no room in this post to discuss them, the roles that the masculine Eli finds himself trying on for size, too) makes for a romance which, while celebrating the differences between male and female bodies, challenges the restricting of specific professional, intellectual, and emotional needs as the particular province to one gender rather than the other. 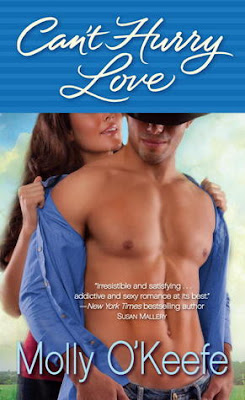 
Next time on RNFF:
Feminism and BSDM?