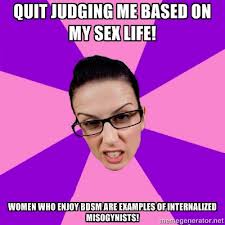 As we travel with Selene, readers are introduced to both "doms to duck"—arrogant cavemen who show little respect for the women whom they seek to dominate—and "alpha-in-a-good-way" doms—men who, though they enjoy taking on a dominant persona for the purposes of sexual or other play, do so with respect, kindness, and sometimes even love for their partners. As Selene thinks when she meets good-alpha Nick, who doesn't completely look the part: "Even a dom couldn't be all imposing and serious and stern 24/7, or he'd be impossible to deal with." Doms come in all shapes, sizes, and ideological persuasions; finding a dom who is not a sexist pig is possible, but only if you're aware of the differences that exist between men who are into BDSM.

Readers also get to meet a troubling submissive, one set up in opposition to heroine Selene. When first meeting her, Nick intuits that Selene "didn't take shit from anyone. She might take orders, if it entertained her, but not shit. And she got it. She might be new to the scene, but she got that it was about people shaping fantasies, not fantasies shaping people." Nick's old girlfriend, Natalie, however, threw Nick over because he wouldn't dominate all aspects of her life. Later, Natalie finds herself in the midst of an emotionally and physically abusive rebound relationship, a relationship that she can only be persuaded to leave because of Selene's previous experience counseling victims of abuse.

Natalie, though, still feels guilty for leaving her "master." "Slaves don't get to ask, except maybe once in a while when we've pleased our master.... We exist to please our masters. It's not about us. We get our pleasure from pleasing," Natalie tries to explain to Selene. While Selene finds the idea of ceding more control to Nick a turn-on ("loved but controlled, with status and respect but with rules and rituals to follow"), she finds Natalie's willingness to be locked up, punched in the face, denied clothing and even contact with anyone besides her "master" unhealthy and scary. Natalie's extreme form of submission is a problem not just for the submissive partner, but also for the dominant one: "Control was one thing, but that was way too much responsibility for someone else's life and safety, like having a perpetual toddler. How could the dom ever relax?" Natalie thus proves to be the example of the "bad sub," one who does seem to embody feminist fears that a submissive BDSM woman is truly victimized by patriarchal desires, while Selene, who keeps her self-respect and sense of self even while sexually submitting to Nick, provides the example of a sub who is also able to commit to feminist ideology and activism in other parts of her life. 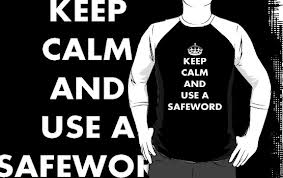 Last is the concept of the "safe word," a word the submissive can say if the violence of the play goes beyond the boundaries of acceptability. Natalie believes that safe words are a cop-out, and shouldn't be used by "real" subs. But as Nick and Selene's relationship shows, sometimes even a "fun" scene can unintentionally slip over into frightening or dangerous. Without a safe word, "good" pain can all too easily morph into "bad."

* Disclaimer: Both Teresa Noelle Roberts and I are members of the New England Chapter of the Romance Writers of America. 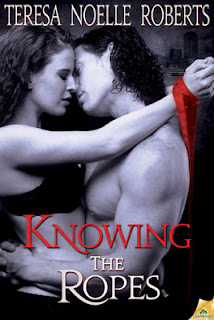 
Next time on RNFF
Fooling the Reader:
Narrative Tricks and Treats