Virgin heroines, or at least sexually unawakened ones, have long been a staple of the romance genre. In historical romance, the trope is hardly surprising; in times when primogeniture served as the backbone of ruling-class feudal and early modern societies, the virginity of one's potential wife was one of the few safeguards a man had that the child to whom his estate would pass would be of his own blood, rather than another man's. In contemporary romance, however, the number of virgin heroines seems strikingly out of proportion to the number of actual women (at least in the United States) who have never engaged in sexual intercourse (see this 2010 report from the Centers for Disease Control on American teen sexuality). As recently as 2009, in their book Beyond Heaving Bosoms: The Smart Bitches' Guide to Romance Novels, Candy Tan and Sarah Wendell could proclaim the sexually inexperienced heroine "one of the more peculiar constants of most romance novels"; even in many paranormals and erotic romances, a heroine is often "relatively innocent, as proven by her inexperience or outright virginity. No matter what type she is, she is definitely not the ho-type" (37).

The "ho-type" label that Tan and Wendell suggest the typical romance heroine deftly avoids may be the key to her continued presence in Romancelandia. "No other genre is as obsessed with the heroine (a) having excellent sex, and (b) not having sex at all unless it's with the One True Love, who's also usually the sole person who can make her come. Got orgasm? Got true love!" BHB's authors proclaim, arguing that the virgin trope allows for the conflation of sexual and romantic awakening, thereby intensifying the heroine's (and through her, the reader's) experience of both (37).

But the conflation of these two tropes serves another, more ideological purpose. Romance authorizes women to enjoy sex, nay, insists that sexual fulfillment is a basic right. But in a society still haunted by the sexual double standard, women who demand sexual fulfillment can all too easily be labeled promiscuous, trashy, sluts, or "hos." By both insisting that women have the right to sexual pleasure, but simultaneously insisting that only the "right" man can give the right woman the pleasure she deserves, the trope of the sexually unawakened/virgin heroine functions to mitigate the anxieties that the sexual double standard inevitably invites. I love good sex, but I'm not a slut; see, I only enjoy sex with that one special someone, not with any or every good-looking guy in the bar...

In 2013, a twenty-five-year-old virgin strains at reader credibility. Calhoun addresses the problem of reader buy-in by making her heroine, Rachel, a member of a strict Fundamentalist religious community, one in which patriarchal male dominance is a given. Yet Uncommon Passion is not about how Rachel comes to reject her community's sexist strictures; as the novel opens, it's been six months since Rachel left her father and the Elysian Fields Community of God behind. And Rachel, though thoughtful and quiet, is hardly the shrinking violet one might picture having just escaped from a strict religious community that insisted any negative feeling was a sin against authority. "Leaving Elysian Fields meant gaining a measure of not just control over her body and emotions, but also her privacy. She wanted the full range of human experience, and she wanted the option to keep it to herself" (12).

And for Rachel, an important part of that human experience is to know what it is to have sex. The annual fundraiser at the farm where she works presents her with the perfect opportunity: a bachelor auction. Rather than bid on the farm's owner, whom she knows to be kind and friendly, Rachel chooses Ben Harris, a police officer whose reputation suggests is only interested in sex, not a relationship: "the perfect man to take her virginity. Rachel wasn't the gambling kind, but she'd lay odds he wouldn't even notice" (13).

And Ben, wired from a run-in with an armed robber, doesn't—at least not until the morning after. He confronts Rachel, angered that she didn't tell him, equally upset at what the incident says about him: "was this who he'd become, a man who didn't notice a virgin in his bed?" (33). Part worried about his own callousness, part afraid of the danger the inexperienced woman might get into as she explores her budding sexuality, and part driven by his own attraction to her, Ben insists that Rachel give him "another shot."

And Rachel wants more experience: "A woman's most precious possession, according to her pastor and every other male authority figure in her life, the thing valued higher than rubies, more treasured than gold, was gone forever, and all she felt was a longing to know more" (30). Unlike her boss Rob, and all the other people who she's met since she left Elysian Fields, Ben doesn't see her as a fragile girl, but as a strong woman, who "expected her to know and take what she wanted... [who] had the courage and strength to do just that" (49). And so Rachel decides to take Ben up on his offer, the two agreeing to meet once a week for mutual sexual exploration, no romance, and no strings, attached. 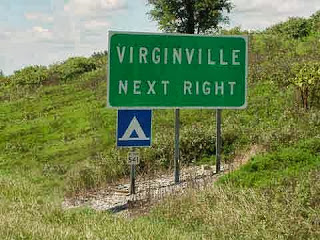 Another aspect of the virgin heroine trope's appeal is that a man can and will satisfy a woman's sexual needs, without her having to explain those needs to him, or even to herself. A sexually inexperienced woman is one who doesn't know enough to ask for what she needs, the trope assumes, and insists that the right man can magically intuit her needs without her even having to acknowledge them, in thought or in speech. Through Rachel, Calhoun rejects this fantasy, replacing it with a more realistic, and more empowering, one: "Because you need to learn what works for you. Don't rely on the man to take care of you. Know what you want and how to ask for it," Ben counsels Rachel (86). Even before she heard his advice, however, Rachel was eager to discover the pleasures of being an active, rather than a passive, participant in the game of sexual exploration: "This wasn't about what she wanted him to do to her. It was about what she wanted to do to him, to feel with him" (84). After years of being told what to do, how to think, Rachel is eager to act, and in particular, to discover "what it's like to be in control" (171).

Ben plays out the fantasy of being the competent, experienced teacher to an inexperienced virgin, another aspect of the appeal of the rakish male/virgin female trope. His ultimate goal, though, is turning Rachel into himself: "She'd be easy to teach, easy to toughen up and prepare for casual sex in the modern world," he thinks to himself (102). Ben has spent his adult years using sex as a tension-reliever, a physical act valuable not just for the pleasure it offers, but for the way it distracts him from his own feelings, especially his feelings about his painful estrangement from his family. Sex allows him to substitute adrenaline for emotion, losing himself in the physical, a technique he convinces himself it would be to everyone's benefit to learn.

But Rachel left Elysian Fields in order to feel, not to repress her emotions. For Rachel, adrenaline alone is not enough. In his fear, Ben refuses to accept that Rachel has as much to teach him, both about emotions and about sex, as he has to teach her. When he attempts to train her in the ways of modern casual sex with one final, humiliating lesson, though, it is Ben, not Rachel who emerges devastated. Refusing to learn what Ben insists she must, Rachel turns the stereotypes inherent in the uneducated virgin trope on their head.

After such a dark black moment, it's difficult to imagine how Ben and Rachel could ever recover from the damage. That Calhoun manages to bring the two back together, and without any easy fix or glib words, provides yet another challenge to the assumptions that underlies not only the virgin heroine trope, but almost all romance fiction—that once you say "I love you," all other problems fall by the wayside.


What other reasons can you think of for the prevalence of the virgin heroine trope in romance fiction? And what are the dangers of its myths? 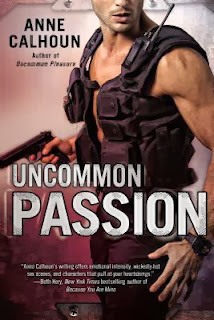