As I write this post (on Monday), many readers in the United States have the day off from work, in celebration of the anniversary of Christopher Columbus's arrival on American shores some 500+ years ago. The anniversary has been an official federal holiday here in the States since 1937, and is currently a state holiday in all but three American states. As a schoolchild, I remember making paper cut-out models of Columbus's three ships in art class, and studying Columbus and other European explorers who set out to disprove the commonly-held notion that the world was flat. We heard little to nothing about Columbus's harsh treatment of the native peoples he encountered, his investment in slavery, or his own rather unsavory personal character during our lessons, Columbus and his holiday having come to be used to celebrate American patriotism and the inevitability of European domination of the peoples inhabiting the Americas before Columbus's arrival.

My daughter's elementary school took a different tack toward Columbus, a tack I much prefer. "Re-thinking Columbus Day" asks students to look at the Columbus's "discovery" of America not only through a European, but also through an American Indian lens. So I thought I would apply this thinking to today's column, by taking a look at romances featuring Native American characters. 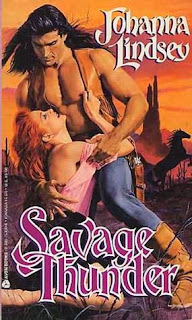 Running a Google search for "Native American romance" or "American Indian romance" is a bit disheartening. The Goodreads page for Native American romance features books with covers primarily from the bodice-ripping period, with dark-skinned native men hovering menacingly/sexily over light-skinned women with alarmingly low-cut blouses or dresses. "Savage" and "Wild" feature prominently in many titles, as do the names of the more familiar (to whites) native tribes. Most are historical romances; as the people at Oyate, a group devoted to reviewing books for children with Native American content, note, "Many non-Indian people—including authors and publishers—seem to have the notion that Indians are 'history,' cut off somewhere in the early 1900s, or at best marginally existing on a few reservations." Contemporary romances featuring American Indian characters are disappointingly difficult to find.

But in a blog last month, Heroes and Heartbreakers' columnist Janga highlighted the work of one writer who has spent her career working to depict contemporary native peoples, demonstrating how their political struggles often impact their romantic lives. Here's the opening paragraph of her blog: 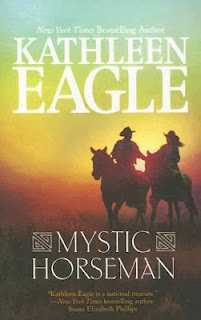 So, in celebration of Re-thinking Columbus Day, I've just ordered a copy of one of Ms. Eagle's titles via interlibrary loan, and hope to report on my reading in a future post.

Will you join me? Or let us know about other romances featuring Native American characters that avoid indulging in either "noble savage" or "uncivilized Other" stereotypes?