Why Do You Fall for One Person and Not Another?

A few days ago, an acquaintance of mine was telling me about a friend who had recently moved in with her boyfriend. The boyfriend had joint custody of two children from a previous marriage, and the raising of said children was beginning to become a bone of contention between the newly cohabitating couple. She felt that the children should be doing more chores around the house, and in particular, that they should be folding their own laundry. He, in contrast, had been folding their laundry for years, and didn't see any need to give up the task just to please his girlfriend.

The teller of the story, a single parent herself, thought her girlfriend was wrong for butting in on parenting decisions that were none of her business. I, on the other hand, had more sympathy for the girlfriend's frustrations; if the two were embarking on a long-term relationship, the girlfriend would become a step-parent to these children, and her values and expectations should be considered when making decisions about how to raise them. We both wondered if the argument would be resolved in a way that made both parties happy, or if it was an early sign that this relationship was headed for trouble. 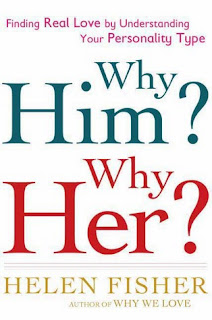 If we told the same story to Helen Fisher, an anthropologist who has been studying the science of romantic attraction for more than thirty years, I'm guessing she'd focus less on who was right and who was wrong in this disagreement, and more on what the argument suggests about its two participants' personality types, and whether those personality types were likely to work well together in a romantic relationship. In her 2009 book, Why Him? Why Her? Finding Real Love by Understanding Your Personality Type, Fisher explains how little research has been done to date on why individuals are drawn to the mates they are, and proposes her own theory about the connection between personality and romantic attraction. Fisher groups humans into four personality types, two tied to the neurotransmitters dopamine and serotonin, and two tied to the hormones testosterone and estrogen. People whose personalities seem most influenced by dopamine—spontaneous risk-takers, enthusiastic optimists, high energy novelty-seekers—she dubs Explorers. Those more influenced by serotonin—the conventional and traditional, those skilled at building social networks, people who are calm, cautious, and social—she calls Builders. Directors, who are focused, analytical, logical, tough-minded, competitive, and emotionally-contained, are most influenced by testosterone, while Negotiators, who see the big picture, rely on verbal skills, are sympathetic and nurturing, idealistic, altruistic, and emotionally expressive, are most influenced by estrogen. 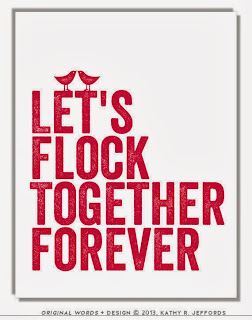 Interestingly, while some personality types are most often attracted to potential romantic partners who share the same personalities, other types prefer complimentary, rather than similar, mates. Explorers, she argues, tend to prefer other Explorers, and Builders prefer fellow Builders, but Directors are most often drawn to Negotiators, and vice versa. As Fisher notes, "No wonder so many scientists and laymen think that 'opposites attract' while so many others believe 'birds of a feather flock together.' Both patterns occur—depending on your primary personality type" (Loc 259).

As far as I can tell, Fisher's biologically-based argument has not actually been tested; she's not done any analyzing of her subjects' genetic codes or the ways that neurotransmitters and hormones actually work in their brains. She developed her theory in response to survey questions answered by 39,913 anonymous members of the Chemistry.com dating web site (developed by Fisher, but owned by match.com), added to other scientists' research on the connections between personality and neurotransmitters and hormones. But its an intriguing theory to think with, even while we're still waiting for hard scientific evidence to support or disprove it.

The theory made me wonder about my acquaintance's friend and the viability of her new relationship—does his behavior suggest he's a builder, and hers that she's a director, a personality match, according to Fisher's theory, unlikely to flourish? But it also made me think about the way attraction is depicted in romance novels. Are romance protagonists more often drawn to their opposites, or to those who are similar? If both are depicted about equally, are the similar lovers ones who could be labeled with Fisher's "Explorer" and "Builder" labels? And dissimilar ones those who fall into the "Negotiator/Director" complimentary personalities?

Do you prefer romance protagonists who share personality traits? Or are you drawn more towards the "opposites attract" dynamic?

And do you think your own personality type might be influencing your preference? (You can take Fisher's personality test here...)