If You Could Ask Jennifer Crusie...

After working in children's trade book publishing for nearly a decade, I have to admit I tend not to fall into bouts of author worship. When you've seen big name writers and illustrators curse out their copyeditors, complain about their royalty statements, and turn in less-than-polished work, you quickly come to realize that the artists you once idolized are just as prone to having feet of clay as any other human being on the planet.

Yet I must admit that I'm having a bit of fan-girl moment about one of the attendees of the conference I'll be speaking at next week, The Popular Romance Author: A Symposium on Authorship in the Popular Romance Genre. Next Friday, I and other romance scholars will be presenting short papers on individual romance authors and on the figure of the romance author in general (see abstracts here). But the highlight of the symposium for me will be the keynote address on Thursday given by romance author Jennifer Crusie.

A few months after I rediscovered romance (story of said rediscovery told here), I was sitting on my couch, reading Crusie's classic contemporary romance, Bet Me, for the first time. I'm usually not one for reacting out loud to what I read, but Crusie's story, with its smart, wisecracking narrator, had me bursting out in a snort, even a full belly laugh, with almost every page turn. 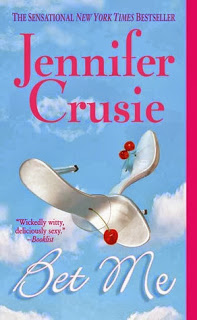 As more and more giggles came from my end of the sofa, my spouse finally looked up from his own book and demanded to know just what it was that was making me cackle like a crazed hen. When he heard that it wasn't a book by Terry Pratchett, as he'd assumed, but a romance novel, he turned back to his own reading. But when I shut Bet Me with a contented smile, he took it up and began flipping through it. Then, he started reading it himself. And soon the cackling started at the other end of the sofa. Any author who can make both a feminist literary scholar and a computer scientist laugh like that has some kind of talent.

But it's not only Crusie's skill as a fiction writer that I admire. Crusie, who trained as a feminist literary scholar at Ohio State University before turning to fiction writing, was one of the first romance authors to argue for romance's affinity with, rather than opposition to, feminist principles. Her 1997 essay, "Romancing Reality: The Power of Romance Fiction to Reinforce and Re-Vision the Real,"* takes issue with those who disparage romance by arguing it only "deals in fantasy." When compared to the literary classics she studied during her graduate school training, fiction which "reflected male worlds told by male authorities," romance novels came far closer to depicting the reality of her own experience as a woman, she argued:

...even the most abysmal examples of the genre took place in my world, a world of relationships, details, and victories that balanced my defeats. Better than that, the best of the genre often directly contradicted patriarchal common wisdom by re-envisioning the male assumptions I'd grown up reading, telling me that my perceptions were valid after all.

Unlike many of the romance authors who took issue with scholarly arguments against the genre in the 1994 collection Dangerous Men and Adventurous Women, Crusie does not cast "feminists" and "feminism" as the villain responsible for the low esteem in which romance as a genre is held by the general public. Shoddy scholarship, not feminism itself, may be a culprit, but its hardly the only one, given the aforementioned "patriarchal common wisdom" and the way it dismisses women's lives and stories.

The bulk of Crusie's essay focuses not on justifying romance against previous critics' opinions, but on setting forth her own arguments about how feminism is inherent in the genre:

Romance fiction, while sometimes committing the patriarchy-reinforcing crimes the critics accuse it of, much more often reinforces a sense of self-worth in readers while reflecting a psychologically accurate portrayal of their lives. It does this by demonstrating the idea of women as strong, active human beings; by reinforcing the validity of their preoccupations; and by putting them at the center of their own stories, empowering them by showing heroines who realistically take control of their own lives.

Crusie, the rare writer who can make me laugh and make me think. No wonder I'm having a touch of fan-girl agita at the prospect of attending her talk. 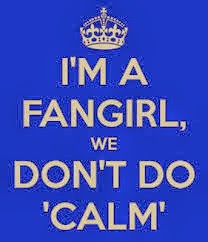 I'm looking forward to hearing what Crusie has to say about the romance author in general, and about her own experiences in particular, during her keynote address at next week's conference. And if I have the chance to speak with her in person, I hope to avoid becoming a writhing mass of tongue-tied embarrassment by coming prepared. Not, like Jane Austen's obsequious Mr. Collins, with "those little delicate compliments which are always acceptable to ladies,"** but with some thought-provoking questions.

Will you help? If you had the chance to talk with Jennifer Crusie, what would you ask her?

* Her contribution to the groundbreaking issue of the journal Para•doxa, the first academic journal to devote an entire issue to popular romance.
** Pride and Prejudice, chapter 14.