Friday Miscellany: Reviewers and Nebulas and Dads, oh my

A few brief thoughts for your Friday feminist romance consideration:

First, a link to Noah Berlansky's Salon post from earlier this week, "Highbrow Media's Sexist Blind Spot: Romance." Berlansky's not the first to point out the sexism behind major review journals' lack of coverage of the romance genre. But he's one of the first men to do so in a national publication. Do you think editors will start listening?


At least one appears to have done so: here's a link to the Washington Post's new romance review column, written by novelist Sarah MacLean. While mysteries get reviewed every Monday in the Post, both romance and science fiction have to settle for once a month attention (see explanation here). Still, a step in the right direction....

Also making news this week, the SFWA (Science Fiction and Fantasy Writers Association) announced the nominees for the 2013 Nebula Awards, given to the best science fiction and fantasy books published in the United States. In a post last year, I had promised to spend a chunk of my summer reading science fiction romance, as it was a sub-genre with which I didn't have much familiarity. That reading (such that it was :-( ) did not inspire me to write any RNFF reviews or posts, so I'm hoping that some of the books on the Nebula list will prove worth discussing in feminist/romance terms. I've read two on the Young Adult list (Andre Norton Award for Young Adult Science Fiction and Fantasy): Alaya Dawn Johnson's dystopian fantasy The Summer Prince, about which I blogged here, and Jaclyn Moriarty's A Corner of White, which I enjoyed immensely but which didn't really deal with feminist issues. I'm looking forward to reading several others on the Norton/Nebula list which look as if they might have romance connections. Haven't read any of the nominated novels for adults, though, perhaps because they seem far less romance-inclined than the YA books. Any fantasy/SF readers out there who can give the list a look and let us know which (if any) on the list might interest romance readers? 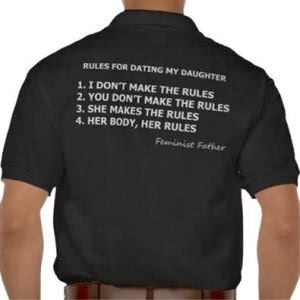 And one last note: this weekend is my Dad's birthday, and that, combined with thinking about the father in Robin York's New Adult romance Deeper, about which I blogged earlier this week, has me wondering—who are your favorite fathers in romance? In particular, can you think of fathers who actively support their daughters in ways that you would consider feminist?