A week ago today, a Manhattan judge dismissed the first attempt in New York State to prosecute a "revenge pornographer." For those unfamiliar with the term, "revenge porn" (also known as non-consensual pornography or cyber rape) occurs when a person posts pictures of another person without his or her clothes on, or in a sexually explicit position or act, on a social media site such as Facebook or Twitter, without that person's consent. Most often, the poster is a former romantic or sexual partner of the person in the photograph, and the posting done in order to shame, intimidate, demean, and/or physically threaten.

According to the New York Daily News, Criminal Court Justice Steven Statsinger wrote in the decision dismissing the above case that while the defendant clearly sent sexually explicit photographs of his former girlfriend via Twitter to the woman's employer and her sister without her consent, the act did not "violate any of the criminal statutes under which the defendant was charged." Though the judge termed the defendant's act "reprehensible," under current New York state law, the defendant had not done anything criminally wrong.

The general tenor of the comments posted in response to Daily News piece were disheartening, if unsurprising:

This is why I tell my daughter, be mindful of pictures, who is taking them and where they are. This stuff will stay with them for the rest of their lives.

Don't want anyone to see you [sic] nude pix? Then don't have them taken in the first place!! DUH!!

When will women learn not to allow anyone to take nude photos? There are too many stories of women showing up on these revenge sites.

Maybe woman in NYS should be nicer to the man they hurt!

Women can't help themselves. They LOVE to take pictures, and nude photos makes [sic] them feel sexy. They place a HIGH premium on looking and feeling sexy. Not their fault, though, as the beauty industry is so manipulative and suffocating.


Though several of the posters echoed the judge's belief that the man was a jerk, more of the comments (from both men and women) focused on cautioning against the behavior that led to the woman's victimization. Why are we so ready to blame the victim? Does it have anything to do with the fact that in the majority of these cases, the person featured in the photos is a woman?

New Adult author Robin York attempts to answer this question in her provocative, insightful, and surprisingly romantic first novel, Deeper. The story opens with Iowa college student Caroline Piasecki, opening a link sent to her by her roommate, a link that reveals photographs that Nate, her old boyfriend, took with his iPhone while they were having sex. The link, to an internet porn web site, includes not only the pictures, but also Caroline's name and home town. As a bonus, an added-on cartoon bubble has been pasted next to her face in the final photo: "I'm Caroline Piasecki! I'm a frigid bitch who needs to get FUCKED!"

Up until the middle of her sophomore year, Caroline had been the embodiment of the proverbial good girl. Dated the right guy, earned the good grades, got into the best colleges, Caroline never caused her single father the least bit of trouble. Though she'd recently broken up with her first serious boyfriend, Caroline thought she had the whole world ahead of her. But now, with sexually explicit images of her proliferating across the web, and the derogatory, shame-inducing, and outright threatening comments anonymous males are posting in response to them, Caroline believes that her dreams for the future have been irrevocably damaged.

The usually confident, outspoken Caroline finds herself with her head down, hoping that if she just keeps a low enough profile, the whole awful mess will just disappear. That someday she'll be able to get the chorus of vulgar men and the hateful, demeaning slurs they post in response to her photos, out of her head. York does not shy away from the shockingly aggressive, abusive, and denigrating words male posters feel they have the right to spew from the anonymous safety of their computers: Got what you deserved, didn't you? Slut.    I can't help it, Caroline... It's your fault or being so fucking hot! 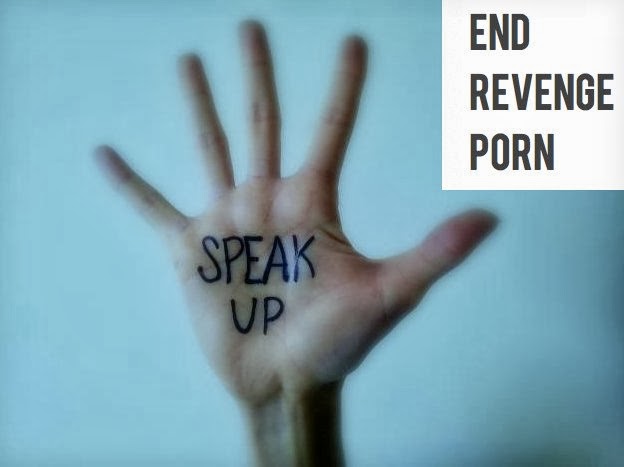 Lying low certainly means not getting involved with the campus bad boy and local pot dealer West Leavitt, even though the two have been attracted to each other since freshman year. The last thing Caroline needs is to discover West and her ex in the midst of a fistfight, a fight purportedly sparked by her ex's derogatory comments about her. "He'll draw attention to me. My primary purpose in life at the moment is to disappear.... I can't chance it happening again. I need to talk to West." But Caroline's "talk" doesn't quite go the way she had planned. And soon she finds herself in a tenuous "not-friendship" with the compellingly attractive West, a boy bent on protecting others, but unwilling to show anyone, even Caroline, the truth behind the facade he presents to the rest of the college world.

York hones in on just what is so appealing to readers in the New Adult genre: the overwhelming feelings of first, requited lust; the all-consuming focus on a new love; the difficult, often traumatic life circumstances that prevent young love from flourishing; the pleasure-pain of angst when love goes awry. She has a real gift for not only for limning the contours of passion, but also those of character, particularly characters from different class backgrounds, and the inevitable misunderstandings and miscommunications that result because of those differences.

But at the same time that she embraces some NA tropes, she clearly rejects others, carefully and convincingly exposes the sexism that underlies them. Fighting Nate on Caroline's behalf may seem heroic, but West's behavior also undercuts Caroline's own power, her own ability to fight her own battles. As does publicly staking his "claim" to her only two days after he's broken off their "not-friendship," cutting in front of a guy in whom she's expressed interest and kissing her in public during the women's rugby team fundraiser. While some girls might find such a public declaration swoon-worthy, it only infuriates Caroline, because she understands the sexual politics behind it: "Mine, his mouth says. Mine, mine, mine. But I'm not. I'm my own." Part of what Caroline has lost because of the outing of her photos is her sense of control, her ability to make up her own mind. Having someone she cares for take away that control is little better than having it stolen away by someone who means her harm. York also highlights how much the appeal of the NA "bad boy" rests on class differences, differences that simultaneously make working-class male rule-breaking attractive to "good" middle class girls, but deny young working-class men the power that their rule-abiding middle class male counterparts take for granted.

A good girl is not supposed to be a sexual creature; but a good girlfriend does what it takes to make her boyfriend happy. Including not making a fuss when he pulls out his camera. The paradox of two such diametrically-opposed messages is what lies at the heart of the blame-the-victim mentality when it comes to revenge porn, York's story argues. York shows how Caroline gradually comes to realize that she's drunk the patriarchal Cool-Aid, buying into the belief that she, not Nate, is to blame for the public release of his private photographs. Not only due to West's more earthy, matter-of-fact take on sexuality, but also due to Caroline's new involvement in sports, her willingness to allow female friends to support her, and her ability to mock the very derogatory terms intended to bring her down (for example, laughing rather than getting upset after a friend trying to persuade her to join the rugby team says, "Oh, right. I'll settle for the blow-job queen here, then"). Only after Caroline realizes "I'm not bad. I'm not good. I'm just alive. I'm just here, dancing," can she find the courage to face down Nate, to demand her father's love rather than his judgment, and to persuade West to allow her to be more than just the damsel in need of his saving.

And now I'm headed off to the bookstore, to buy a copy of Deeper for my teenage daughter. Because this is a book that every adolescent girl needs to read. 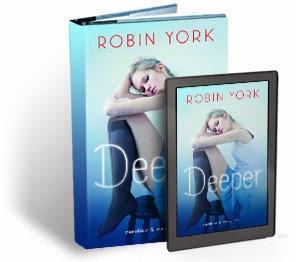