I've had mixed feelings after reading many of the romances of Nora Roberts, the most popular writer in the genre. While I admire Roberts' clear, concise prose, as well as her ability to craft intriguing plots and sympathetic characters, I often find myself wishing for a touch more variety in the depiction of masculinity of in heroes. Though each have different backgrounds, even different personalities, the choices they make, and the emotional place in which they end up by each book's end, often feels remarkably similar, and homogenizing. What's more, in her more recent books (the Bride quartet, and the Inn at BoonsBoro series, for example), the line between male and female, between masculine and feminine, strikes me as sharply drawn, with characters often speaking of things that women like, or do, or are, vs. things that men prefer. In such books, there's little room for depictions of characters who veer from conventional gender identities, or even acknowledgement that such veering even exists in the real world outside the novels. And while Roberts grants her heroines far more flexibility in characterization than she does her heroes, several of her books seem to include a latent hostility toward women in their depiction of secondary characters (especially toward errant mothers: see for example Seth's mother in the Chesapeake Bay books) that gives me pause. 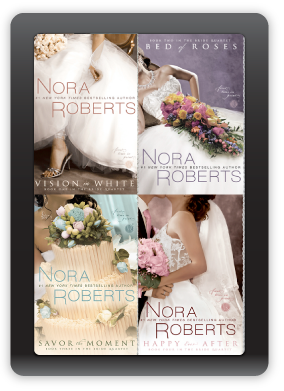 I've also had mixed feelings about the entire subgenre of romantic suspense, as I've written about in previous post (see here). Given these two sets of mixed feelings, then, it's probably not surprising that up until last week, I hadn't picked up any of the books in Roberts' (writing under the pseudonym J. D. Robb) futuristic police procedural In Death series. But I found myself pleasantly surprised by Naked In Death, even though it has some of the same weaknesses of the romances I note above. I'm sure many of you have already discovered the pleasures of this series, but as a newcomer, I find myself wanting to write about what it is that's making me look forward to picking up volume 2.

Robb's series is set in the New York City of the mid-21st century, futuristic enough to have lasers instead of guns, savvy computers that can calculate the odds of a suspect having committed a specific crime, and a political landscape similar enough to the world of 1995, the year in which its first two volumes were published, to ring familiar, but different enough to make readers think about the ideological assumptions underlying it. Prostitution has been legalized so it can be monitored and controlled; women have safe and easy access to birth control; guns are tightly controlled, so the murder rate is far lower than 1995's. Though a conservative movement is battling to roll back such reforms, it's clear that the book's protagonist, New York City Police and Security Department lieutenant Eve Dallas embraces what she views as progress, especially in regards to women's lives: 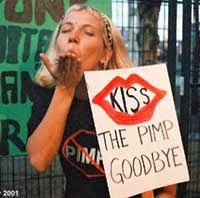 "In the year 2016... at the end of the Urban Revolt, before the gun ban, there were over ten thousand deaths and injuries from guns in the borough of Manhattan alone..... Before we legalized prostitution, there was a rape or attempted rape every three seconds. Of course, we still have rape, because it has much less to do with sex than with power, but the figures have dropped. Licensed prostitutes don't have pimps, so they aren't beaten, battered, killed. And they can't use drugs. There was a time when women went to butchers to deal with an unwanted pregnancy. When they had to risk their lives or ruin them. Babies were born blind, deaf, deformed before genetic engineering and the research it made possible to repair in vitro. It's not a perfect world, but you listen to him [a conservative Senator] and you realize it could be a lot worse" (278-79).

In the year 1995, in the midst of Democratic President Bill Clinton's first term of office after the conservativism of the Reagan/Bush years, hope that progressive political change would be the story of the future made Robb's depiction of a female-friendlier mid-21st century America seem likely, not improbable. That the targets of murder in this first book in Robb's series are prostitutes, however, hints at fears that such progress might not come without protest, or even violent backlash.

Robb chooses for a protagonist a woman who has confronted such violence on a personal level, as well as one who fights it on an institutional level. The girl that would grow up to become police officer Eve Dallas was abandoned at the age of eight by her father, a father who sexually abused the child so severely that she cannot even remember her own name, and refuses to remember her past. But Eve is good at compartmentalizing, allowing her to focus on the task at hand rather than allow the past to undermine her. Eve is good at her job, a ten-year veteran so skilled that she's assigned the case of a murdered prostitute, sensitive because of the identity of the victim: the granddaughter of a powerful conservative Senator. She has good instincts, hones in on the relevant evidence, and slowly but surely leads the investigation, and the reader, to the killer. And when she finds herself unexpectedly attacked by said woman-hating killer, her love interest/knight in shining armor arrives not in time to rescue her, but only in time to pull her off her attacker before she does him irreparable harm. 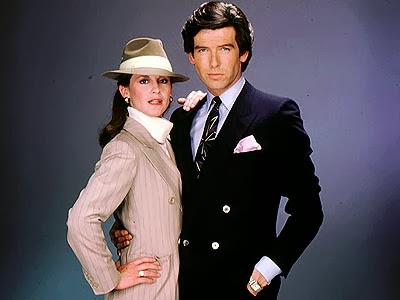 Eve Dallas's love interest, the billionaire-with-only-one-name, Rourke, reminds me both of his television predecessor, Remington Steele, as well as his literary descendants, the rich but emotionally tortured financial titans currently populating the world of romance in the wake of 50 Shades and Sylvia Day's Crossfire books. If Dallas' past is a mystery, so is Rourke's; I'm guessing that future books in the series traffic on that mysterious past to pull Eve and Rourke closer together, as well as push them apart. In this first book, their attraction is immediate, and Rourke is not loath to tell Eve directly what he wants from her:

She lifted her gaze again. "That's what you want to do, Roarke? Seduce me?"
"I will seduce you," he returned. "Unfortunately, not tonight. Beyond that, I want to find out what it is that makes you what you are. And I want to help you get what you need." (104)

Though the narrative is focalized primarily through Eve's eyes, short passages from Roarke's point of view demonstrate not only his attraction to Eve, but his insight into her personality, his curiosity about her, his willingness to allow her to set the pace of their encounters. I'm curious to see how his character emerges over the course of the series, whether the masculinity he embodies lines up with that in Roberts' romances, or is given freer (or tighter?) rein. And to seeing how gender plays out as the series progresses. In this book, the gender lines between Eve and Roarke seem far less sharply drawn than they do in Roberts' later romances; will this prove true in the later In Death books, as well, or have the more recent ones become more conservative in their depiction of gender?

My biggest turn-off in reading romantic suspense books are the scenes told from the point of view of the villain, scenes that ask the reader see through his eyes as he stalks/rapes/kills female victims. I'm guessing that such scenes are meant to show us evil, and heighten suspense. But far too often they veer into eroticization, casting violence against women as something not only to be appalled by, but also turned on at witnessing. That's not a readerly position in which I enjoy being placed.

Naked in Death gives us one brief murder scene, told primarily from the point of view of the victim. Like the scenes between Roarke and Eve, though, readers are given a few brief paragraphs from the killer's point of view, a decision which not only structurally contrasts Roarke and the killer, but also gives an important clue as to the killer's identity to the careful reader. Eroticization is there, no doubt, but for me, it weighed far less heavily than in the typical romantic suspense book.

So, I'm off to the library, eager to pick up book 2 in the series, Glory in Death. Readers familiar with the series—will I be pleasantly surprised once again? How feminist would you say the series overall is? 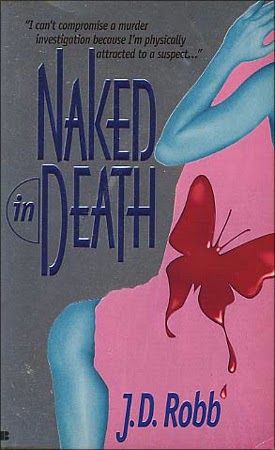 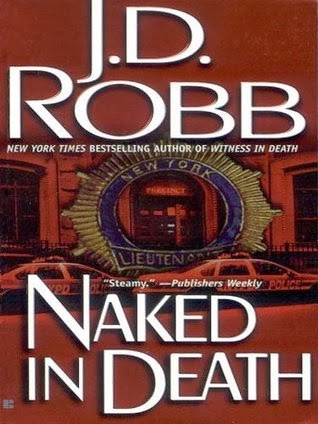