Romance is not a feminist genre?

Naming this blog "Romance Novels for Feminists," rather than "Feminist Romance Novels," was a very deliberate choice on my part. English majors, trained in close reading as we are, believe that every word, as well as the placement of every word, matters. I did not want readers to think I was setting myself up as supreme arbiter of any one romance novel's feminist credentials; instead, I wanted them to understand that the blog was intended to explore the ways that individual novels, as well as the genre as a whole (and its various subgenres) embrace, explore, reject, and/or convey conflicting messages about things that would likely be of interest to readers who claim a feminist identity.

Why, then, did the title of Robin Reader's recent Dear Author letter of opinion, "Romance is not a feminist genre‚ and that's okay," annoy me so much? It took me some time to figure out, hence this post here rather than in the comments section of the DA blog.

Perhaps I was annoyed, at least in part, because unlike Robin Reader once did, I've never bought into the argument that the genre of popular romance is, because it is primarily written by and read by women, inherently feminist. In fact, I'd argue that for much of its history, romance has leaned more toward enforcing than challenging patriarchal assumptions about women, about gender, and about the balance (or lack thereof) between the sexes. Defending the genre as a whole by pointing to its feminist underpinnings seems like setting yourself up for an all-too-painful, all-too-easily-justified intellectual smackdown.

It also seemed odd to me to argue, as RR does, that because there are so many different kinds of feminism, from the social activist to the literary theoretical, and since many of these branches of feminism are at odds one with the other, it doesn't make sense to use the word "feminist. Yes, some feminists are anti-porn, some are pro-porn; some feminists eschew male involvement, while others encourage it. Yet these differences aren't, I would argue, so at odds that we can't see the more common, underlying similarities. For example, both women who are are against porn and those who celebrate it are vitally concerned with women's sexuality, and the ways patriarchy has worked to contain and repress it. And separatist feminism doesn't mean separatist feminists are uninterested in romance (even if they prefer it occur with another woman than with a member of the opposite sex).

Most confusing to me was the turn RR's essay took when she asks readers to "entertain for a moment the idea that Romance is not a feminist genre. What is it, then, beyond a genre that celebrates love and is largely written by, for, and/or about women?" She gives two main answers, both of which, at least to me, seem decidedly feminist:

First, she argues that Romance "does something very similar to its literary forebear, sentimental fiction, namely, providing a shared space for women to contemplate and discuss the important issues that affect our lives, both on a general, societal level, in terms of day-to-day reality." And why is this not feminist? The phrase "the personal is political," after all, was originally coined by the editors of Notes from the Second Year: Women's Liberation (1970) for a reprinted speech given in 1969 by feminist Carol Hanisch, which argued that feminist consciousness-raising groups weren't apolitical, but were a way for women to recognize how "personal problems are political problems." 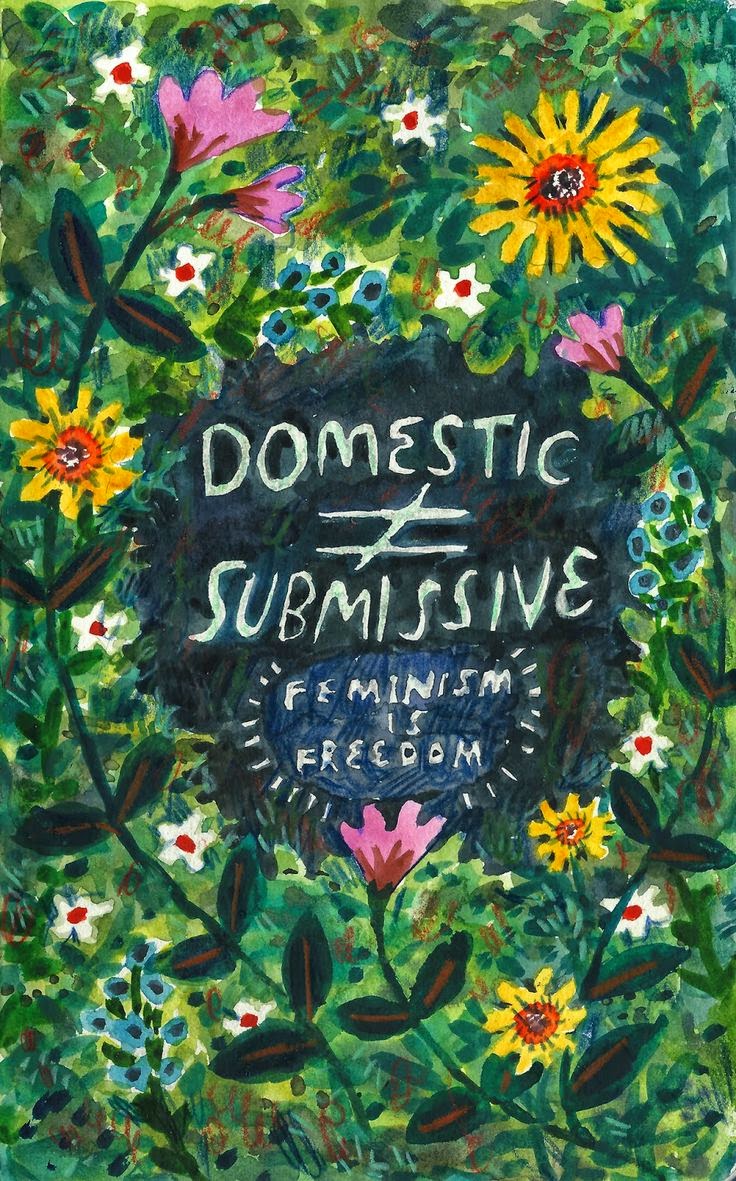 Second, she suggests that Romance "elevates the domestic, both in terms of 'taming' the rake/rogue hero and in terms of valuing marriage and family," a more plausible argument, at least upon first glance. As RR points out, "Because domesticity has also been a source of social and personal oppression for women... readers who are interested in a more progressive agenda can look at this element with suspicion." But feminists, in particular historians and literary critics, have long been interested in domesticity (as the long passage RR herself quotes from scholar Cathy Davidson illustrates). Domesticity, like feminism, like romance, is not monolithic; depending on how domesticity is depicted, its "elevation" can have patriarchal or feminist aspects (or, most commonly, intriguing combinations of the two).

Robin Reader reaches a far more nuanced conclusion than the declarative statement of her letter's title suggests (did she title it? Or did a DA editor? I wonder...) She writes: "So does that mean the genre is either wholly feminist or wholly oppressed in the vice of patriarchy? I would argue it's neither." I completely agree that romance as a genre is either wholly feminist or wholly tied to patriarchal oppression, and it's well beyond time for proponents of the genre, as well as scholars who study it, to move beyond that limiting either/or paradigm.