As a freshman at Carlisle College, an elite private institution in western Massachusetts, Tom Middleton took his place among the privileged as a given. A white male with a wealthy investment banker for a father, a Beacon Hill home, a prep school education, and a coveted place on the track team, Tom never questioned "his towering feeling of waling the world as if a golden light shone down on him and there was nothing he couldn't do" (Kindle Loc 1603). That is, until the Feds came to arrest his father for "the largest price-fixing takedown in the history of white-collar-crime" (492). A father in jail, your college "requesting" that you take a leave of absence because of the disrupting caused by swarming reporters, your every possession taken to repay the people your father has scammed—yeah, that will make a guy stop and think.

When Tom returns to Carlisle after a fifteen-month leave, then, he's only too happy to be placed in off-campus housing, far away from the curious and prying eyes of his fellow undergraduates. Having to drive a cab every weekend to meet his tuition payments, Tom has no time for sports, or for hanging out with the guys, even if any of his former buddies cared enough to invite him back. No, Tom's ready to crash and hide, keeping the lowest of low profiles, far from the eyes of the curious and prying.

Too bad his new room in Perkins House comes complete with a roommate, an openly gay roommate who is even more upset that his promised single has turned into a double than Tom is. Reese Anders, who "looked like some kind of skinny British rock star, tight black jeans strung low and held up with a studded metal belt," seems equal parts outraged and terrified by the sight of Tom crashing in the midst of his carefully decorated dorm room. Determined to regain his single by driving Tom out, Reese starts to bring home a different guy every night, making sure that Tom, sitting outside in the hallway, can hear every single dirty move he makes with his hookups.

But Reese's actions aren't only about Tom, Tom quickly realizes; his roommate's casual hookups are just as much about Reese's ability to control others' as they are about grossing out Tom. And besides, Tom's not exactly grossed out by the noises coming from inside his room: "if he were honest, it wasn't exactly the first time he'd had a dream about another guy. He'd known for a while now that his dick was an equal opportunity pervhouse, something years at prep school had made clear" (429). A New Adult novel with a bisexual protagonist is pretty uncommon, and very welcome, especially when portrayed with the depth and nuance Cousins brings to her story.

While the narrative is told entirely from Tom's point of view, Cousins gives us detailed portraits of both young men, each recovering from very different traumas, both gradually revealing their secrets and developing a sense of trust in the other. Cousins doesn't shy away from portraying the casual homophobia Tom's former "bros" (and once, Tom himself) deploy to cement their own relationships and to construct a vision of their own masculinity that insists they are precisely the opposite of gay. Cash, the one casual jock friend who sticks with Tom after Tom's father's disgrace, demonstrates this when he first meets Reese: "Don't get any ideas, dude. I don't take it up the ass," he declares, then asks "So, Reese. You're, like, a total fag, huh?.... Like, have you ever fucked a chick? Ever? Because maybe you'd like it." (880). Reese is shocked when Tom bawls Cash out: "You're... not like them. Are you? Jocks." (918). Tom, though, isn't so sure: "I don't know. There's a lot of different kinds of jocks," he tells Reese, but doesn't "mention that for most of his life he'd been pretty much the kind of guy Reese was describing with that word. A walking stereotype" (918). Tom and, at least in part, Cash, come to recognize how limiting the stereotype they inhabit/inhabited truly is, and how demeaning it is towards men who do not embody the masculinity it insists is the only true way to be male.

As Tom and Reese gradually begin to open up to one another, each begins to realize that he may have a friend with whom to hide from the rest of the world. And as friendship turns to sex, and perhaps even to love, hiding out in their own fortress of isolation becomes less and less appealing, especially for the naturally social Reese. 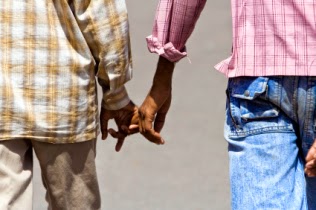 But there is no "love conquers all" message in Cousins's story; friendship, love, and even mind-blowing sex is not enough to heal all wounds. (One of my favorite passages: "He wondered if Reese was disappointed there hadn't been some kind of magical transformation of their relationship after he'd fucked Tom. As if anal were some kind of Holy Grail of gay relationships that would wipe out all of their other problems, not a goddamn one of which had been magically erased by Tom taking it up the ass, he was sorry to say" [4076]). Sometimes, you have to learn how to step out of the cave all on your own before you're ready to step out holding hands with the one you love. 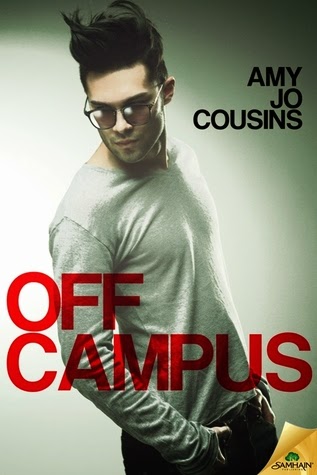