Falling for a Younger Man: Rebecca Brooks' ABOVE ALL

It was stupid, of course, to go skinny-dipping at dawn in the Adirondacks when spring had barely come to the mountains. It was only the Friday morning kicking off Memorial Day weekend, the first day that Paper Lake Campground re-opened after the quiet winter months. But it thrilled her, as it would every morning until the fall. She stretched out the short swimming season as long as she possibly could. (Kindle Loc 40)


It was hard not to be charmed by the coincidence as I sat down to read Rebecca Brooks' contemporary romance, Above All, on the Friday of Memorial Day weekend, the same day that the book itself opens. If I were of a superstitious turn, I might even have taken it as a sign that this book was destined to be the subject of a post-Memorial Day RNFF post. But it wasn't charm of superstition, but rather the thoughts and feelings inspired by Brooks' romance itself, that led me to want to write about its older woman protagonist, and the younger man with whom she finds herself unexpectedly falling in love. 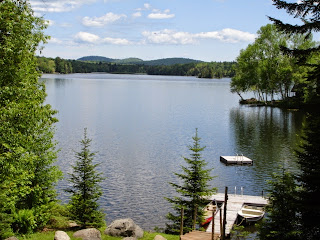 Heroine Casey (Cassandra) Webb has spent the last year managing a campground in the Adirondacks, taking solace in nature in the wake of a breakup with her boyfriend of seven years. Though Casey's family keeps wondering "when was se going to get it together and leave 'that dump,' as her mother so graciously referred to Bonnet," the Adirondack town in which Casey had found herself after fleeing New York City, her Ph.D. program in Art History, and her less-than-supportive partner, to Casey Bonnet and the campground feel like home.

Opportunities for meeting men, though are pretty thin on the ground in small-town Bonnet. Thirty-four year-old Casey isn't looking for romance, but even she can't help checking out the cute buns on the attractive twenty-something guy who signs into the campground with his seven friends for a college reunion get-together. The language Brooks uses to describe the object of Casey's wandering eyes, chef-in-training Ben Mailer, is surprisingly different from the strong, in-charge alpha male so common in romance:

He was boyish, with straight dark hair long enough to stray into his eyes and a dimpled grin that carved two apostrophes into his cheeks and another int eh center of his chin when he smiled. He was tall and even under his black North Face fleece she could tell how lean and muscular he was. He had soft brown eyes and thin lips with a look like a puppy dog that had cultivated its sweet expression just to make you want to hug it. (Loc 174)

Intriguingly, Casey's attraction to twenty-six year-old Ben is not in spite of his boyishness, but because of it. And when it turns out that Ben is just as attracted to Casey (we're not told why, as the book is told largely from Casey's point of view, with only occasional forays into the povs of other, usually secondary, characters), the two must decide whether they will fan the sparks of their attraction, or stamp them out before they have a chance to flame.

Few readers have a problem with older man/younger woman storylines, but flip the sexes of the protagonists, and all sorts of squicky fears can arise, most focused around the potential for the hero's emasculation, and the heroine's guilt for bringing it about. An author can ignore such fears, or can attempt to mitigate them by constructing a hero with over-the-top masculinity. 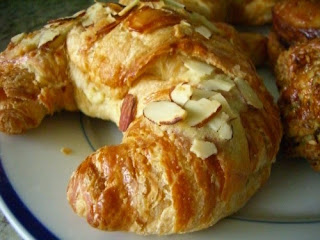 Ben is far from the stereotypical über-confident, protective romance hero. He's not only younger than Casey, but he's far less self-assured. His idea of rebellion was to attend Vassar (significantly, a former all-women's college), rather than Yale ("where there are enough Mailer plaques to retile a mansion" [725]). He's studying Italian cooking at the Culinary Institute of America, rather than the baking that he truly loves, mainly to please his father. Casey is not only older than Ben, but she's close to his size, physically, strong enough to pin him down if she wishes. And Ben is far less experienced sexually than Casey is.

One of the best scenes in the book is of Casey and Ben's first lovemaking. Ben proves quite adept at oral sex, but not quite so skilled when it comes to intercourse:

He was pulsing rhythmically away, but that was precisely the problem. Whereas before she had felt passion, now his actions felt mechanical. Rote. The expected motions before a well-known finale everyone in the audience was waiting for so they could go home. Was this how they were going it these days? (1602)

Casey considers just lying back, letting him "drill for oil until he was done," but instead, she reasons "She'd had eight more years in the sack than he had.... Was all her experience for nothing? She would show him. She would guide him. She would—she was sure of it—utterly blow his mind" (1611). And in yet another welcome turnabout from traditional romance gender roles, so she proceeds to do.

Casey recognizes that Ben is both strong, physically and emotionally, but also that he's vulnerable, too, "holding back, afraid to voice his desires aloud. Wondering what if he failed, what if he was laughed at, what if he lost something important along the way" (1648). That Casey's description of Ben turns out to be just applicable to her, too, at least in regards to her professional life, suggests that loving another, whether younger or older, means not only encouraging them to reach for their dreams, but to grant them them time they need to grow ready to embrace them. 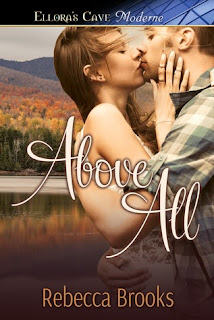