RNFF Pet Peeve: "But what choice did she have?"

It's been a while since I've written a Pet Peeve post, in part because I generally prefer to focus on the positive feminist aspects in romance writing. But this past week, while I was reading Melanie Scott's contemporary baseball romance, The Devil in Denim, a thought that crosses its protagonist heroine's mind practically screamed out from the page at me, saying "Yes. This. This is really, really annoying." And hence this addition to the RNFF Pet Peeve list: books that make their heroines think they have no choice.

Australian Scott sets her contemporary romance in New York City, in the context of the city's third (imaginary) professional baseball team, the Saints. We're introduced to Maggie Jameson, daughter of the Saint's owner, in the midst of drowning her sorrows in tequila, having just learned that her father, Tom Jameson, has sold the team—what was meant to be her legacy—to three outsider businessmen. Three businessmen who are unlikely to offer Maggie the position of CEO, the one her father promised her, the one she's been preparing for by working for the team for years and years, then earning her MBA. One of club's buyers, Alex Winters, finds Maggie in the bar and insists on seeing her home. Alex, a self-confidence alpha type, does not take Maggie's "no" for an answer, framing his subsequent intervention as her "choice": "I know you're coming with me. You can walk or I can carry you, your choice" (13). When she continues to rebuff him, he simply scoops her off her barstool and throws her over his shoulder, a move that many readers are likely to take as protectively romantic. 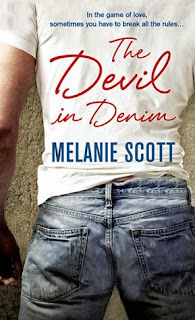 I might have, too, if the story that followed did not continually repeat this pattern of placing Maggie in a position of abjection, then taking away her ability to choose anything different. Growing up in the public limelight, Maggie has become the public face of the Saints, even known by the nickname "Saint Maggie." But Tom Jameson proves she's not at all near the center of behind-the-scenes power; he does not inform Maggie that the team's been floundering financially, or that he's planning to sell it. When she demands an explanation, Tom refuses to provide one, instead guilting her into attending the press conference announcing the sale to the public.

To prevent Saint Maggie from publicly throwing a "shit fit on national TV," Alex makes her a deal: if she "behaves" at the press conference, he'll explain how he and his partners came to purchase the team (38, 46). Though Maggie has no desire to "deal" with the fast-talking Alex, the text backs her into a corner, confirming what Alex has already told her: "You don't really have a choice" (46). Maggie may find relief from frustration in calling Alex "an arrogant jackass," but she isn't able to come up with any different option from the ones with which her father and Alex have presented her.

Alex Winters knows the value of good PR, and, instead of offering Maggie a managerial position with the team, he asks her to "work with me," doing "whatever I need. Talking to the players, to the press" (68). Maggie explains that her degree is in management, not public relations, but Alex puts Maggie clearly in her place. Not only does he guilt-trip her—"I've seen you do PR pretty well. You've been doing it your whole life. Don't you want this to work out?" (69)—but he also manipulates her, telling for financial reasons, he may have to cut the ancillary women and urban youth league programs, programs Maggie herself started. "If I am going to have to spend all my time getting the team on board," the job he wants Maggie to perform, he'll have no time to manage the leagues.

And now Maggie herself, having internalized her father's and Alex's messages, doesn't have to wait for either of them to inform her she had no real choice; she thinks the message to herself:

But what choice did she have? If she walked away from the Saints now, she'd have to go begging to pick up another job at another team. Any real job, that was. She'd probably have to go to a minor team. And she couldn't quite stomach that. (73)

And so Maggie acquiesces, accepting not only Alex's job offer, but also his assessment that she has no other choice.

Alex and Tom rub the message in further that Maggie has no choice by explaining to her why neither will give her the job of CEO. First, Alex:

"I'm not going to make you CEO, Maggie," he said. "For a start, you're nowhere near qualified."
She bristled, "I grew up with this team. I know more about baseball than you and your two pals put together."
"Maybe. But that doesn't mean you know how to run a multimillion-dollar company."
"I've watched my dad do it all this time. And I've spent a lot of years studying how to do it. I'm not an idiot."
"No but right now the Saints can't afford rookie mistakes."
"You're a rookie," she shot back.
"Not at business." (67)

And then, far more painfully, her own father:

"Maggie. I don't want to talk about this. The deal's done. Can't you just move forward?"
"No. No, I can't. All my life I wanted to work for the Saints. To work with you. To take over one day. You wanted that too. But when push came to shove you just forgot me."
Tom gave a heavy shuddering sigh, the wrinkles around his eyes and mouth suddenly stark against his skin. "I didn't forget you, Maggie. I just didn't think you could do it."
......
"So, what, I was really just the team mascot all this time? Saint Maggie? Isn't she cute, let's wheel her out to look pretty when it's helpful?"
"Sometimes. Not always. But sometimes. Sometimes that's what's needed." (147)

Tom goes on to say that he made the decision to sell the financially-endangered team "for her," because he was afraid if she failed with the Saints, she'd never have the chance to realize her dream: "You'd be poison [to any other team]. It's bad enough to most of them that you're a woman but a woman and a failure? You'd be done, love. You know that. I couldn't do that to you" (148). Rather than discuss the situation with his daughter, he makes a unilateral decision, once again taking all choice out of her hands.

We're supposed to feel happy because Alex gives Maggie the choice of whether or not to get sexually involved with him—"I liked it. You liked it. I'd like to do more of it. But that's up to you" he tells her after a hot under-the-mistletoe kiss (139)—and because a rival buyer for the team is a sexist, sexual-harassing nightmare. Who, of course, then offers a CEO job to Maggie. Because of course only a sexist jerk would think her capable of doing it (or would use her desire to be thought capable to manipulate her). Not a good guy like Alex. Or her father.

So of course Maggie must "decide" whether she's with Alex and his partners, or with the sexist harasser. Once again, Maggie is given a choice that is actually no choice at all.


Thanks, but no thanks. Since as a reader I do have a choice, I'm going to just say no to romance novels such as Scott's, novels that insist that their heroines, and thus, by proxy, their readers, can and do have no power to make important decisions in their own lives.


Can you think of other romances that use "no choice" language to constrain their heroines? Does such language ever get used in reference to a hero rather than a heroine? If it is, are a hero's choices constrained in similar or different ways than are a heroine's by such language?