Truth and Lies about the Past and the Present: Alex Beecroft's BLUE-EYED STRANGER

Since I've written about other romances by Alex Beecroft books in previous RNFF posts, I was originally going to make this review part of a "Short Takes" column, discussing Blue-Eyed Stranger in brief, and in the context of several other similarly-themed books. But when I started writing, I realized I couldn't do Beecroft's intelligent, provocative romance justice without devoting a full post to it...


How important is it not to lie about the past? At the start of Blue-Eyed Stranger, schoolteacher Martin Deng would say it is vital. Martin, whose father emigrated from Sudan to Britain, has made it his cause to teach history in a way that does not reinforce lies of omission about people of colour. As Martin reflects about traditional pedagogical practice, "The teaching of history in UK schools could so easily be an all-white thing. Not a deliberate glorification of the Anglo-Saxon race, nothing as egregious as that, but simply the underlying assumption that all the important things in world history had been done by white people, whether those people were British or Roman" (2). In contrast, Martin makes sure to teach his kids that "there have been people of colour in Britain since Roman times, and that people of colour had had a long and glorious history in the world.... Children who'd picked up the modern myth that all black people had once been slaves, and who therefore had rejected history as something they didn't want to know about, suddenly began to see themselves as kings and prophets and world leaders" (2).

Martin's getting pushback from the head of his school, though, for his teaching practices ("You're giving the children a false impression of the past. A parade of freaks and exceptions do not constitute history" [8]). Martin is incensed; as he well knows, the flip side to the joy of discovering yourself in the formerly all-white past is "Fury. Because finding out that you'd been here all along also meant finding out that you'd been lied to all this time. Deliberately lied to so you would carry on feeling small and foreign, so you would feel you had less of a right to be here than your neighbours" (8). Lying about the past reinforces the prejudices that keep the oppressed feeling that oppression is their due.

Martin finds a measure of relief from school politics in his hobby—organizing and participating in a historical reenactment society he recently founded, a group focused on medieval Viking life. Yet even here, proudly declaring that there were black Vikings in the past, Martin can't be completely himself; out and proud about his race, he keeps his sexuality hidden: "But God it was hard enough being one minority. He really wasn't sure he could face being two" (24).

If Martin is frustrated by being too conspicuous, Billy Wright has the opposite problem. Because of both his reticent personality and his ongoing battles with crippling depression, Billy often feels that "if I don't remind people I'm here all the time, they forget I exist" (21). The only time Billy really feels seen is when he's wearing a mask, the costume and painted face of a morris dancer.

A error over performance scheduling at a festival both groups are attending sets Martin's Vikings in conflict with Billy's Stomping Griffins, a conflict only exacerbated by the morris dancers' makeup: "Look, I've got to ask you this," Martin says to Billy as they are waiting in line to purchase lunch for the two groups in an attempt to mend fences via food. "You do know how offensive the blackface is, don't you? Are you meaning to be racist or are you just doing it by accident?" (45). As Billy tries to explain, though, history is multi-faceted, with one group's symbol of oppression signifying something completely different to another:

Well, the blacking comes from Victorian times, when morris dancing had been made illegal. Um, the Victorians thought of it [morris dancing] as aggressive begging and decided to stamp it out.... the dancers could be accused of demanding money with menaces. It meant that the householders could set the police on them and have them arrested.... So the dancers got into the habit of going dancing in disguise. All year round, they'd had strips of cloth sewn inside their jackets for extra warmth, but now they turned their coats inside out, so they couldn't be recognised by their clothes. And they rubbed soot all over their faces, so no one could recognise those either.... So you see, it's a disguise thing. It's not a racist thing at all" (46-7). 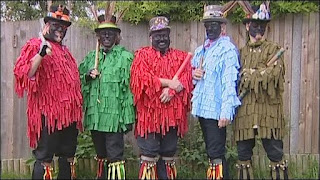 And it gets even more complicated, Billy notes, since because most contemporary people are not aware of the hidden history behind morris dancing, they simply assume it is racist: "So on the one hand, I don't want to ruin your day, and I don't want to make some guy in the crowd who is a racist feel good about himself. But on the other hand, this is what they did" (47). How important is it not to lie about the past?

Martin offers a solution to this particular problem, one grounded in his own practice: "Maybe it's something you can explain when you go on... You'll have a microphone and a crowd. A good opportunity to education them, yeah?" (49). Given all they have in common, including their sexual attraction to each other, it's hardly surprising that Martin and Billy end up dating.

But there is one difference between them that proves less tractable: Billy is openly out about his sexuality with his fellow dancers, while Martin is not among his fellow Vikings: "I've got a new society to hold together and I stand out enough for the colour of my skin without having any more minority ticky boxes against me. I'm just... waiting for a better time to tell the rest of the garrison. When things aren't quite so precarious" (54).

Billy initially accepts Martin's terms, veering between hope—"Martin could practice being out while he was at Billy's, and once he'd realized for himself how much better it was, it might just spread, automatically, into other areas of his life" (128)—and despair—"You're going to give in forever, you know. You always do. You have no fucking backbone at all. He's never going to change, you're never going to change. You're going to carry on being dishonest for the rest of your life" (135). Billy ultimately must decide if loving Martin is worth lying about not just the past, but about the present, too.

Imagining the past, Martin muses, is comparable to putting oneself in another's shoes, seeing with a "stranger's eyes":

"Encountering the minds of people from history was like encountering aliens. Funny and bizarre, unsettling and uncomfortable, sometimes even repellent. But you always returned form it with a refreshed perspective, so that just for a little while, before habit kicked back in, you could see your own world with a stranger's eyes, and all the thing that were normally invisible showed up like cancer cells tagged with radiant dye" (98).

And seeing with a stranger's eyes lies at the heart not only of studying history, Beecroft insists, but at the heart of love. 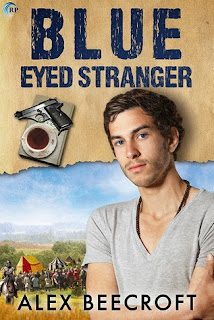