Fat as a Feminist Issue for Teens: Julie Murphy's DUMPLIN'

Kelly Jensen's BookRiot post this past summer on Fat Phobia in YA points out how rare it is to see a fat person in books for teens portrayed as anything but a villain, or at the very least, a person who needs to lose weight in order to be deemed worthy of happiness and love. Despite the rise in activism around issues of body size and fat acceptance since the turn of the 21st century, YA books have been slow to embrace fat politics. Kind of makes you want to bundle up the 20+ books listed as references in Wikipedia's "Fat Feminism" page and drop them in the hands of the nearly one third of American adolescents who are, according to the Centers for Disease Control and Prevention, overweight or obese.

Or you might want to give them a copy of Julie Murphy's new YA, Dumplin'.

The word fat makes people uncomfortable. But when you see me, the first thing you notice is my body. And my body is fat. It's like how I notice some girls have big boobs or shiny hair or knobby knees. Those things are okay to say. But the word fat, the one that best describes me, makes lips frown and cheeks lose their color.
But that's me. I'm fat. It's not a cuss word. It's not an insult. At least it's not when I say it. So I always figure why not get it out of the way? (9)

Willowdean has always been pretty comfortable in her body, at least by her own account. Her mom may be a former beauty queen who can't quite bring herself to accept her daughter's far-different figure, but Willow could always turn to her live-in aunt Lucy to give her unconditional love and support.

But six months ago, Aunt Lucy, only thirty six, died from a massive heart attack. Lucy's obesity—she weighed four hundred and ninety eight pounds at her death—was undoubtedly a contributing factor. And Will's mom, wrapped up in her volunteer work for the annual Miss Teen Blue Bonnet Pageant, can't seem to help Will mourn her lost surrogate mother.

And now, this summer, so many other things in Will's life are changing, things that feel completely out of her control. Her best friend, Ellen, becomes sexually active with her boyfriend. And El's been hanging out with her summer job friends, the skinny girls obsessed with the fashions they sell at Forever 16. Both things make Will feel that she and El, best friends since before first grade, are slowly but inevitably drifting apart.

And even more unbelievably, Will's coworker at Harpy's Burgers & Dogs, Private School Bo, former super jock and still super hot guy, seems to be interested in her. Like, really interested. And not just in her ability to keep a conversation going when he can barely string a few sentences together at a time. So interested, in fact, that he kisses her, out by the dumpsters at work. So interested that he and Will end up driving to the old elementary school for epic make-out sessions almost every night after work.

Will believes she's never been really embarrassed by her size before. So when Bo starts to take things beyond kissing, Will (and the reader) are both pretty shocked by her reaction:

His hands travel down to my neck and along my shoulders. His touch sends waves of emotion through me. excitement. Terror. Glee. Everything all at once. But then his fingers trace down my back and to my waist. I gasp. I feel it like a knife in the back. My mind betrays my body. The reality of him touching me. Of him touching my back fat and my overflowing waistline, it makes me want to gag. I see myself in comparison to every other girl he's likely touched. With their smooth backs and trim waists. (58) 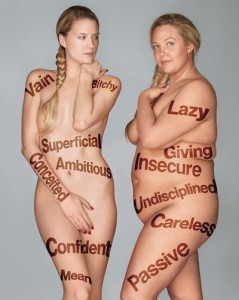 And Will's negative reaction to Bo never seems to abate. Especially after summer ends and schools starts, and Will finds out that her secret lover is no longer attending private school, but is going to be in her very public school. So Will breaks things off with Bo, without really telling him why. Because Bo lied/didn't tell her the truth? Because he kept her a secret? Or because she kept him one, and is afraid of trying to merge her secret and her everyday life? Because who wants to constantly hear "how did she end up with him?"

After being teased one too many times by the school jerk boy about her weight (and kicking said jerk boy in the nuts), Will spends her week on suspension brooding and longing for her dead aunt. But when Will uncovers a blank entry form for the Miss Teen Blue Bonnet pageant amongst Aunt Lucy's old papers, an "obscene thought" crosses Will's mind. And before she knows it, she's signing up to participate in her mom's obsession: The Teen Blue Bonnet Pageant. And providing inspiration for a small group of other teens whose bodies do not meet the conventional norms of beauty to join her.

But this isn't a Disney Channel story, one in which the underdogs triumph, or are at least offered acceptance by the normative folks. Instead, it's a story about fighting against one's own internalized prejudices. And taking a stand for what everyone, not just the beautiful people, deserve.

As Will's new friend tells her when Will's on the verge of dropping out of the competition:

"Maybe fat girls or girls with limps or girls with big teeth don't usually win beauty pageants. Maybe that's not the norm. But the only way to change that is to be present. We can't expect the same things these other girls do until we demand it. Because no one's lining up to give us shit, Will." (325) 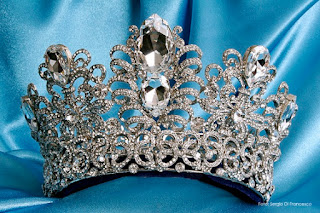 If this were a Disney Channel film, a potential new boyfriend, a passel of new friends, and a chance to compete for a cubic zirconia crown would of course lead Willow to recapture her old self-confidence. But instead, Murphy sets a harder path for Willowdean:  to create a new sense of herself, one that recognizes the hidden loathing she harbors within herself, for herself and for others, and to move past it. Only then can she find the courage to "step into her own light" (371).