I Want You to Need Me: Serena Bell's CAN'T HOLD BACK

You might belong in Hufflepuff,
Where they are just and loyal,
Those patient Hufflepuffs are true
And not afraid of toil
(J. K. Rowling, Harry Potter and the Philosopher's Stone)

Not only readers of fantasy, but broader conventional wisdom, insists that no one would ever want to be a Hufflepuff. One of the four houses of J. K. Rowling's wizarding school, Hufflepuff is where the "duffers" hang out, those do-gooders who are not smart enough, or courageous enough, or sneaky enough to gain entrance to one of the other more prestigious houses. "Nobody wants to be Hufflepuff," Actress Mindy Kaling tweeted this past September; Republican presidential candidates Marco Rubio, Scott Walker, and Ben Carson, who were "sorted" by the New Republic into Hufflepuff, all apparently took issue with the designation. Being though of as a hard-working foot soldier, just and loyal, is regarded by not just by actors and political candidates, but by much of the public at large as the ultimate insult. 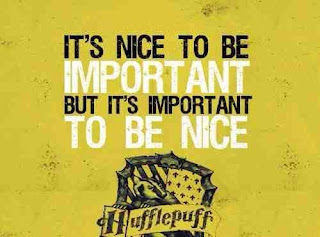 Except not, I would guess, by many readers of romance. And particularly when it comes their romance heroines. Female leads who are nice, who live to serve others without any selfish desire for accolades or acknowledgement themselves, are often the ones whom readers praise the highest, whom they hold closest to their hearts.

This embrace of the good-girl heroine is an attempt to reclaim the value of the caretakers of the world, a role which is far more often associated with women than with men. I'd argue, though, that just as conventional wisdom needs to get over its too-easy dismissal of Hufflepuff and its character qualities, romance could do with a bit of examination of the problematic aspects of the female-as-caretaker role.

Which is why, perhaps, I so enjoyed Serena Bell's latest contemporary romance, Can't Hold Back. Its female lead, Alia Drake, is the quintessential Hufflepuff. With an absent father and a mother suffering from mental illness, Alia had to play the role of parent to her younger sister, Becca, from an early age. A task made all the more difficult by Becca's learning disability, a disability that the schools did not recognize nor acknowledge until Becca's teens. 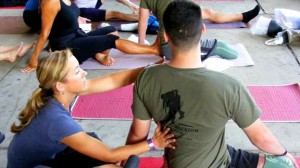 But Alia never complains about the familial burden which has been placed on her shoulders, in part because she is by nature a caretaker: "she wanted to walk a different path, a path of service and purpose. She wanted to be where she was needed" (Kindle Loc 205). Alia's career choice reflects her commitment to her principles: she trains to become a physical therapist, helping the injured to regain their physical mobility (and almost as often, their emotional stability). Working with the elderly, with kids injured during sports, with vets returning from war, and helping take away their pain, Alia has found meaning in her Hufflepuff-like commitment to serving others.

In the novel's prologue, Alia and Becca are attending a party held by a fellow physical therapy student when they meet a young soldier. Alia's instantly drawn to the man, Nate Riordan, but almost as quickly dismisses her attraction, precisely because of her caretaker ways: "Alia's life, for better or for worse, had made her into someone who thrived on taking care of people. It didn't tend to work out well for her with guys who were more the fiercely independent alpha types" (111). Alia is such a caretaker that she immediately steps aside,  because "Becca needed a guy like Nate Riordan way more than Alia did" (111). By "giving" Nate to Becca, Alia reinforces her self-identity as a caring, selfless sister.

But things do not quite turn out the way Alia anticipated between Nate and Becca. A fact that makes things more than a little uncomfortable when, two years later, Alia snags a two-week job at a veterans retreat only to discover that one of her new patients is Nate. Her sister's ex. And the man she betrayed by writing letters on her sister's behalf while he was deployed, letters that made him fall for a woman who did not really exist.

Nate's suffering not just from lingering physical injuries sustained during a bomb blast; he's also suffering from "mystery pain," pain that no doctor can seem to pin down or alleviate. On the verge of becoming addicted to painkillers, and being unable to fulfill his commitment to a dead fellow soldier because of it, Nate flushes his pills and checks in to his old friend's rehabilitation center. Finding Alia temporarily taking his friend's place does little to calm the bite of Nate's pain.

At first, Alia tries to keep things professional between herself and her new patient. But that mutual attraction that Alia once repressed keeps popping back up; combine that with her commitment to helping those in pain, and a hurting Nate becomes almost impossible to resist.

I found it refreshing that after a therapy session that veers too far over the line into a romantic situation, Alia immediately reports herself to her boss. Because not only does the physical therapy code of conduct forbid sexual contact between therapist and patient; Oregon law can fine Alia, even take away her license, if such contact is discovered.  Repercussions from breaking those codes are real, and important, to Alia.

Even more interesting, her boss reminds her that Nate is not the only one at risk in such a situation: "But I've got to tell you, you're vulnerable, too. It's a powerful thing, stopping someone's pain" (1195). Power and vulnerability in the caretaker's role—not things I'd given much thought to before reading Bell's novel. Is there a danger for Alia that being a caretaker, being needed, just might be as addictive as a painkiller is to Nate?

I especially loved that it is not a confrontation with Nate or with her boss, but with her dependent younger sister that finally brings Alia to ask herself the really painful questions. Such as why did she push the younger Nate so hard toward her sister? Why does she have such a difficult time articulating what she wants in bed? Why is she so ready to take the "consolation prize" of being needed, rather than admitting that sometimes, she, too has needs?

Alia doesn't need to reinvent herself, to give over entirely her caring Hufflepuff ways. But she does come to realize that even a Hufflepuff can let a little Gryffindor, a little Ravenclaw—and even a little selfish Slytherin—into her life, without compromising her values, or her principles.

Or her status as a nice girl romance novel heroine.


Can you think of other romance novels that balance praise for the typically feminine role of caretaker with a recognition of its potential for denying the self? 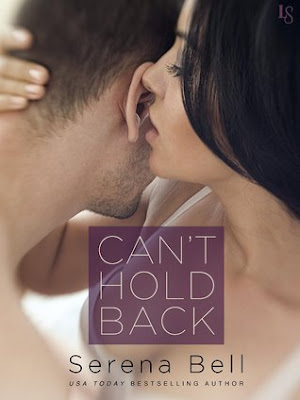