In a recent post on the Dear Author web site, Lori James, Chief Operating Officer for All Romance eBooks, revealed that in company's survey of 6000 e-book romance readers, the top romance subgenre among ebook buyers in 2012 was not contemporary, or historical, or even paranormal, as I would have guessed. No, the top romance subgenre at All Romance was m/m romance. While All Romance is just one retailer, and thus can't characterize the entire e-book romance market, this statistic does speak to the growing popularity of a romance subgenre that few straight readers even knew existed before the advent of e-books.

In the comments section of an earlier post, I mentioned my worries about reading and reviewing male/male (or as it is more commonly known, m/m) romance. Is writing and reading about the love and sex lives of gay men problematic, I wondered (and still wonder), when the people doing the creating and the consuming of such stories are, as seems to be the case at this moment in history, primarily heterosexual women? No matter how well-intentioned, are such books just another case of members of a dominant group (in this case, heterosexuals) colonizing the "other" (gay men) for its own ends? And how could I, as a heterosexual female reader, begin to decide? (Last week's Smart Bitches Trashy Books podcast discussed the same issues, I just discovered: find it here).

The earliest feminist literary criticism pointed out the prevalence of such a dynamic in "high" literature, the way books written primarily by a dominant group (men) colonized the "other" (women), promulgating patriarchal assumptions and misrepresenting women's lives. In the 1960s and 70s, feminists spilled a lot of ink protesting male depictions of women in their literature, depictions they felt were demeaning, or reflected male fears and fantasies more than actual female experience. In the 1980s and 90s, many authors of color made similar claims, charging white authors with misrepresenting their lives and cultures, promulgating stereotypes and prejudices in the process. I'm not comfortable dismissing out of hand concerns expressed by gay authors about their depiction in other-authored texts, even while being sensitive to the fact that heterosexual women writers are not just part of a dominant group (heterosexuals), but also part of an oppressed one (females), and recognizing that some of the criticisms made against them stem from gay male writers' privilege as men.

Few feminist literary critics would argue that every book written by man from a female point of view must, by the nature of its creator, be sexist. And few authors of color would refuse to read a book with Latino, African-American, or Navajo characters simply because its author identified as white. The goal of feminist literary criticism, and of culturally-informed literary criticism, is not to ban books by certain groups, or prevent their being written. Nor is it to champion the rights of any and all authors to write what they wish, no matter their own identities. Instead, it is to approach all books, no matter who has written them, with a critically-informed interpretive lens.

What would such a lens look like for m/m romance? Before I begin reading in this subgenre, I really feel the need to develop such a lens. So, with apologies for the presumption of doing so, I'm going to propose some possible ideas here, and hope that others will chime in with additional suggestions to help me guide my own reading.

As a scholar with a background in children's literature, my first instinct was to turn to work done by those who are called to judge "multicultural" children's literature, to see if it is possible to adapt the questions and guidelines they use and apply them to a different set of insider/outsider distinctions. One article that I've found particularly valuable here is Jean Mendoza and Debbie Reese's "Examining Multicultural Picture Books for the Early Childhood Classroom: Possibilities and Pitfalls," which includes a list of questions one might pose when selecting multicultural texts. 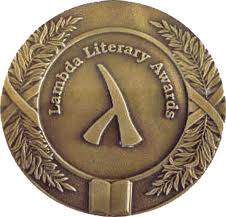 To help me think about how to adapt Mendoza and Reese's questions, I've been reading the links that Lawless523 was kind enough to post about the debate about women writing m/m romance (see comments section of this post).  This debate began in reaction to the 2009 announcement by the Lambda Literary Awards that entrants must self-identify as GLBT in order to qualify, a change that excluded works of m/m romance written by heterosexual women. Looking beyond the arguments about the award criteria, to the more specific criticisms of heterosexual female m/m romance raised by gay male writers, has informed the questions below.

Mendoza and Reese's questions, reprinted below in purple, are followed by a potential reworking for m/m romance, reprinted in blue. Following each question, I've reworked the language so it might apply to m/m romance, then listed some thoughts about the knowledge necessary to answer said question:


• Who has the power in this story? What is the nature of their power, and how do they use it?
This wording of this question could be kept, or perhaps could be qualified by thinking about types of power commonly found in romance: sexual power, financial power, the power to make decisions for oneself and for one's partner.
Also, how is power manifested? Physically? Psychologically? Socially? Economically?


• Who has written this story? Is he/she/they inside or outside the group(s) they are presenting? What are they in a position to know? What do they claim to know?
• Who has written this story? Does he/she/they self-identify as GLBT? A GLBT ally? If the latter, on what grounds does he/she/they make such a claim?
This is obviously a controversial one. It can feel a bit prurient, checking up on the sexual identity of a writer. The point here is not to be peeking into authors' bedrooms, or to disqualify anyone without GLBT cred. It is simply to recognize that someone who has firsthand knowledge is more likely to get the details right than someone who doesn't, and that it might be necessary to ask additional questions. 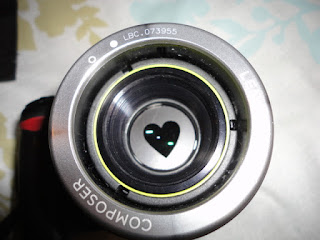 Some other potential questions, unrelated to Mendoza and Reese:

• Do the sex scenes function to develop/reveal character, or are they gratuitous? Are gay male bodies objectified, used primarily as sex toys? (See SparkinDarkness's post for more on this). If it is a work of erotica, is this a problem? (for a female reader, try flipping the sex of the characters, and seeing if you find it objectifying/offensive)

• How does the book depict women and girls? Are they demeaned or marginalized? Completely absent? Portrayed as villains?

Finally, a question raised by this insightful post by blogger VacuousMinx, which another reader linked to in response to Lawless523's post about the appeal of m/m romance being its freedom from gender roles:

• Does the story and/or its characters engage with heteronormative, patriarchal structures that shape our society? Or does it pretend equality between men is unproblematic?


What questions would you suggest might be useful in crafting a lens through which to interpret and judge m/m romance from a feminist perspective?


Next time on RNFF:
Romancing Disability