Is there any such thing as a feminist romantic suspense novel? I've been pondering this question as I read more widely in this romance sub-genre. Like the Gothic novel of the 18th and early 19th century, which relies on the threat of violence against women for most of its dramatic oomph, the majority of romantic suspense books I've come across features a heroine who is threatened with grave physical danger, most often in the form of a powerful, menacing male. And most often, said heroine is saved from said physical danger by another scary, but at least on her side, human of the male persuasion. Not really a recipe for empowered womanhood, you say? I would have to concur.

Thirty-six-year-old virgin spinster Anne Aimes has spent the majority of her adult life caring for the bodily needs of her elderly, ailing mother and father. Tired of fending off men who long for her parents' fortune, not her person, and no longer willing to be embarrassed by her own sexual needs after her parents are gone, Anne takes an unconventional, daring step: through her lawyer, she proposes a business arrangement with the most celebrated male prostitute in Europe, Michel des Anges. For ten thousand pounds, he will be her lover for a month, fulfilling her bodily needs and teaching her about the depths of sexual pleasure.

Michel agrees to Anne's proposal, but not for the money; his smoldering sexuality has already made him a fortune, not only in France, but now in England. No longer the beautiful young man Anne had once spied across a ballroom when she made her disastrous ton debut at eighteen, Michel (whose real name readers, but not Anne, are told right from novel's start, is really Michael) is now a scarred man; burned in a fire, his face and hands have sent women running in disgust, not moaning in passion, for the past five years. Yet his bodily scars do not even begin to hint at the emotional damage inflicted upon him by a sadistic figure in his past, a figure upon whom he plans revenge—by using Anne as bait.

In the typical romantic suspense, as in its predecessor the Gothic novel, as the plot grows ever closer to its end, so, too, does the threat to the female body. Yet despite the reader's growing awareness of the potential danger to Anne, we're not all that worried about her. Not only because fairly early in their relationship, Michael realizes he can no longer just use Anne as his tool, and vows to keep her from harm, but also because the passion that each draws out from the other is strikingly at odds with the subgenre's conventional conflation of physical danger with sexuality, particularly female sexuality.

In romantic suspense, threats to the heroine are often implicitly coded as sexual threats. In the earlier Gothic works, such threats were typically to the pure heroine's chastity (as in these covers from novels by the master of the Gothic, Ann Radcliffe, suggest); in more recent suspense, threats of rape or other sexual defilement. Schone, in contrast, works not only to identify this linkage between sexual passion and violation/death, but to break it.

But it is a terribly difficult linkage to break, given the society in which Anne and Michael live, a society that Schone claims in her introductory Author's Note is not all that different from our own. For in its casting of its villain, the novel suggests that this linkage lies at the very heart of patriarchy, and thus cannot be done in the typical romantic suspense way, with hero bravely protecting the heroine from all harm, or at least riding to her rescue before any real damage can be inflicted. It is only by understanding this that the reader can accept the ghastly turn that the novel takes in its final four chapters, a turn that leaves Anne at the mercy of Michael's tormentor, experiencing the same horrors that were once inflicted upon him, horrors intended to drive them into a disgust of every bodily desire.

Society punishes both men and women for their sexual desires, making them feel as if they are a horror, not a joy. But to reject passion because patriarchy would trick you into mistaking it for horror is the true tragedy, Schone's book asserts. Only by embracing her passion for Michael, in all its messy, bodily manifestations, can Anne learn to differentiate the screams of horror from the screams of passion, and break the damning linkage of desire and death. 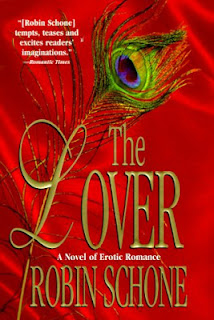 Next time on RNFF
Be afraid, and carry a big pistol:
Romancing Gun Rights