The first thing you need to know about me is I'm not retarded. Or mentally handicapped I guess is the polite term these days. But whatever you call it, I'm not that. I have a mental disability, but I wasn't born this way. It took extra stupidity for me to get this way—driving drunk, shooting through the windshield, landing on my noggin, and scrambling my brains permanently.


Jason Reitmiller is not your conventional romance hero. We don't get a description of a handsome, physically-compelling body before we're informed about his disability, as we are in so many other romance novels with physically or cognitively disabled protagonists. Instead, readers of New Life know right from its opening lines that its hero is different: a little rude, a lot irresponsible (at least in the past), and "permanently," un-fixably disabled. Jason's first-person narrative voice, and its straightforward description of the cause of his disablement,  demands that the reader not take a sentimental stance towards him or his disability. Jason is not an innocent victim whom readers are meant to feel sorry for or romanticize, but a man learning to live with the drastically-changed circumstances of a life lived with "scrambled brains."

As Jason tells his side of this dual-narrative romance, he shows readers the many areas of his life that have been affected by his accident and its aftermath. He speaks slowly, often with gaps between words or phrases while he struggles to find the word he needs. Sometimes the wrong words come out (he calls the girl he's interested in a "liar" instead of a "lawyer"). He has trouble keeping on task, and isn't as creative as he used to be; he has to write out all the steps of his job as a janitor in a downtown office building, otherwise he'll forget and get distracted. His memory is sketchy, and he's prone to sudden bursts of sorrow or anger, although he's gotten better at controlling his emotions if he avoids stressful situations. In case of emergency, he has a card with his name, address, and his parents' contact information, along with a line that states he is brain damaged. This certainly wasn't the life he had pictured as a young, party-happy college student.

Despite its unflinching depiction of Jason's disabilities, New Life neither holds Jason up as a heroic martyr, nor does it insist that the life disabled is a life doomed to tragedy and pain. And above all, it doesn't construct a narrative in which Jason is saved or rescued from his disability by an able-bodied lover.

In fact, during their first meeting, it is Jason who offers help to new-lawyer Anna, crying on her office-building stairs after she's embarrassed herself during her first day in court. He offers her advice, makes her laugh, and draws her attention not only to his good looks, but to the way he sees: "He was hot in an unkempt slacker kind of way that I'd always secretly been attracted to but had never dated. Shaggy black hair curled around his ears and fell like a crow's wing over his forehead. Equally dark eyes had looked into mine as if he really saw me. Intense. Intent."

As Jason and Anna gradually ease from office friendship to dating, learning to understand Jason's disabilities, and, just as importantly, how to communicate with each other about them, proves a challenge, but not an insurmountable one.  "I'm sorry," Anna tells Jason early in their relationship. "I don't mean to pry, but can you tell  me a little more about the injuries from your accident? They're part of you. If we're going to spend time together, I think I need to know." But while she "understood we couldn't ignore Jason's disability if our relationship continued," Anna also recognizes that " it wasn't something he wanted to touch every aspect of his life." Disability is an important part, not the defining only, of Jason's identity.

Jason's disability will not magically disappear just because he's falling in love; Anna can't fix or change him because she loves him. And loving a person with disabilities means making choices, choices other lovers don't demand. As Anna's colleague tells her, "If you're going to be involved with this guy long-term, you need to consider what you're willing to give up, what compromises you're willing to make." But it needn't be an unbreakable barrier to their relationship, either, as long as they are able to keep talking with each other, and talking honestly, about how Jason's differences affect them, their feelings, and how they spend their shared time together.

When he meets Anna, Jason is still in the process of adjusting to his new life. As his romance progresses, he recognizes that he needs to make some changes, needs to mature and grow. But it's not Anna, or falling in love with Anna, that leads Jason to reassess his priorities. Instead, it is the fact that he is able to date, when he wasn't sure that it would be possible post-accident, that makes him ready to make other changes. "I didn't expect anything like this," he tells a friend who questions him about why he's suddenly become willing to talk during their group therapy sessions. "[Dating has] kind of changed my perspective about what I can expect out of life." Jason begins to ask himself what he wants out of his new life, what kind of goals he might have for himself, what it will take to make him happy and fulfilled, not just in a romantic relationship, but in other aspects of his life, too.

Another welcome aspect of the novel is the way it actively engages with, and undermines, popular culture discourses surrounding disability. After first meeting Jason, Anna thinks, "I noticed his movements were slow and deliberate. I thought about movies I'd seen in which people in rehab worked to reclaim the simplest motor skills, usually in an inspiring montage set to music. How awful it would be to lose everything in one life-changing moment." In contrast, a girl from Jason's past casts him in a role far more worthy of a feel-good movie of the week:

"You don't seem the same. You seem a little lost and confused and... sort of pure or something. Like a sheet of paper that hasn't been written on yet." She reached across the table to touch my hand. "Horrible as your accident was, you gained something few people get to have—a chance for a real fresh start."
"I guess so." Her poetic view of me didn't reflect my reality at all. I wasn't fresh or new, and I definitely wasn't pure or innocent. I was still a fuck up. 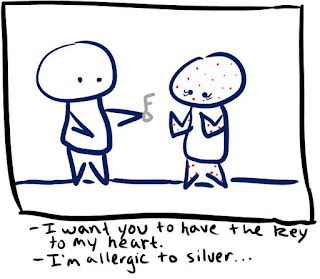 And after Jason makes a particularly spectacular "fuck up" in his relationship with Anna, and tries to apologize through the "grand romantic gesture" common to romantic comedies, it backfires in a truly spectacular way: "Wasn't this the part where the girl was so moved by the guy's sincerity that she gave in? But there was no swelling music in the Haggenstern and Lowe offices, only the quiet whispers of staring lawyers and Anna's softly muttered, 'Please go, Jason. I don't want to do this here. I'll talk to you later.'"

Two other unconventional, and very welcome, aspects of Dee's romance are its attention to social class, and its disruption of traditional gender roles. Anna and Jason also must negotiate differences in social class, as well as in ability, in order to make their relationship work, a component of identity not often acknowledged in the world of romance. Anna's embarrassed when her parents arrive early for a visit and discover a disheveled Jason in her apartment. When Jason calls her on it, she thinks "How could I respond to that? You're right. I'm a little embarrassed to be dating a janitor with no apparent plans to be anything else. Jason was hardly the guy I wanted to bring to the law firm's Christmas party or a family event, and I couldn't reconcile that feeling with my very real love for him." Instead of hiding her fears from him, though, she admits her ambivalence, and tells him "I can't pretend the discrepancy between our economic positions doesn't exist, but my feelings about it are just something I'll have to work through. You're not the only one struggling to adjust to this thing between us."

The novel concludes with an interesting take on gender roles: it is Jason, not Anna, who ends up in the role of homemaker: "Yeah, I was a kept man, but the living arrangement suited both of us. I cleaned the house, cooked, and did laundry. She brought home the bacon." Is this a dig against the domestic, suggesting that only the mentally disabled would find the role of homemaker rewarding? Or is it another attempt to disrupt conventional wisdom by suggesting that a man, as well as a woman, might find cooking, cleaning, and doing the laundry to his liking? Or perhaps a bit of both?


What other novels with cognitively disabled protagonists would you recommend? 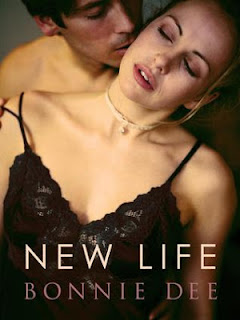 Next time on RNFF
Disability and Heteronormativity:
A match made in romance?
Posted by Jackie C. Horne at 9:00 AM