Since the 1915 serial publication of Charlotte Perkins Gilman's Herland, writers have often turned to the trope of the female-governed society to explore issues of gender and power . Gilman's novel suggests that excluding men from a culture would inevitably lead to a utopian state, one blessedly free from the violence, war, and drive to domination that Perkins found characterized the masculinity of her day.* Many writers who deployed the trope after Gilman have taken a less sanguine view, however, using the female-headed society to point out women's, as well as men's, drive for power and supremacy. Alaya Dawn Johnson's young adult novel The Summer Prince has ties to this second, more dystopian strand, but its far from traditional depiction of sexuality, as well as its emphasis on the powers and responsibilities of art and the artist, offer no easy answers about gender. Instead, it leads readers to keep asking questions about the power structures that govern not only the futuristic city-state of Palmeres Três—structures of class, skin color, age, access to technology, as well as gender—but also those that govern their own worlds. 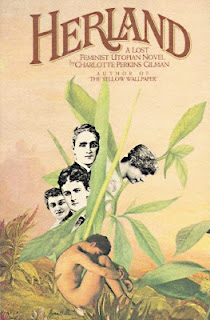 Johnson's novel is an immersive fantasy—as readers, we're thrust immediately into the post-apocalyptic society of Palmeres Três, a glassed-in pyramid of a city with ten different tiers, built on the site of Palmeres, the community built by fugitive slaves in seventeenth-century Brazil. 400 years before the time of the novel, the "Y Plague" wiped out 70% of the planet's men; though gender balance has now been restored, Palmeres Três has maintained the female-dominated governing structure that emerged in the plague's wake. The book's narrator, seventeen-year-old June Costa, is the privileged step-daughter of one of the city's governing "Aunties," Auntie Yaha, who married June's mother shortly after the suicide death of June's father. Given the heteronormative world view of most futuristic fantasy fiction, and my own heteronormative expectations, it took me a few pages to understand the relationship between June and Auntie Yaha, and to wonder about the sexual norms of a society in which a woman may wed a husband, then later marry a wife. Are Palmerans bisexual? Pansexual? Polyamorous? Monogamous? June never stops to explain; her very lack of explanation normalizes a sexual culture far different from our own. Readers must come to their own conclusions about sexuality in Palmeres Três, but no matter what they decide, it's certain that we're not in heterosexual Kansas anymore.

June and her male friend Gil "solved our virginity problem together a few years ago," June explains, suggesting that Palmeres Três' openness to sexuality extends to teens, as well as to adults (58). Though Gil has continued to be sexually active with others, June has not. But when June and Gil catch sight of the new summer king, a dark-skinned boy from the verde, the lowest and least privileged level of the city, both are smitten. Even knowing that vibrant young Enki is slated to be sacrificed, his throat slit in a public ritual at the end of his one-year rein, does not dampen their attraction. It's male Gil, though, not female June, who first catches Enki's eye. Though "everyone knows that summer kings screw like mayflies," (49), the dance Gil and Enki share during Enki's first public appearance as king leads to a romantic relationship, a relationship that flourishes into love.

Unfortunately, Palmeres Três is not as equitable in regards to class and skin color as it is to sexuality. Enki uses both his dark-skinned body and his public platform to give subtle reminders to the privileged in Palmeres Três of the inequities of their society, inequities that their tiered geography makes it only too easy to ignore. June, a visual artist who "live[s] for spectacle, for the construction of emotional states and the evocation of suppressed feelings," begins to recognize a kindred artistic spirit in Enki (33). Knowing that "two artists can create work together that they can never imagine alone," June paints a transgressive public mural to capture Enki's attention, telling herself all the while that her desire has nothing to do with her attraction to the summer king, or her jealousy of Gil (66). Soon June and Enki are scheming to create a major public art display, one designed to capture the attention of the entire city and remind it of the injustices upon which it rests. And as they plot and plan, June finds herself falling in love not with the image of Enki, but with the rebellious, transgressive, doomed-to-die king himself. 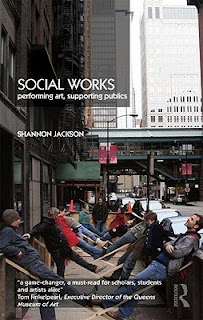 Johnson's novel is both ambitious and frustratingly flawed. We're never entirely clear about Enki's goals; does he believe his and June's art can foment social change? Remaking the world, as did the first Queen of Palmeres Três through the establishment of the sacrifice of the king, is an act of artistry, he claims. But can art remake the world, make it better? If so, what would that better world look like? Enki gives us little idea.

Or is Enki's only real goal to point his country in a different direction by refusing his one important role as summer king: to re-anoint the current Queen at the moment of his ritual death?

June, also, proves an elusive character, as well as an often annoying one. She's an artist, but we never get a strong sense of why, of what art means to her beyond a vehicle to garner praise and prestige. The demands of plot, rather than of her character, seem to be why she makes an incredibly selfish decision mid-book, a decision likely to turn off readers just at the point where they should be rooting for a protagonist. Is she worthy of Enki's admiration? Of ours?

Perhaps, though, some books, some characters, do not need to provide us with the answers. Maybe it is enough that they, like Enki, show us what questions need to be asked. Only then can we, blind and unworthy Junes though we may be, choose whether or not to take on the painful task of finding answers, answers that do justice to the difficulties of the questions, and to the courage of those willing to ask them.


*The women of Herland have discovered a way to reproduce via parthenogenesis, so men are truly unnecessary. 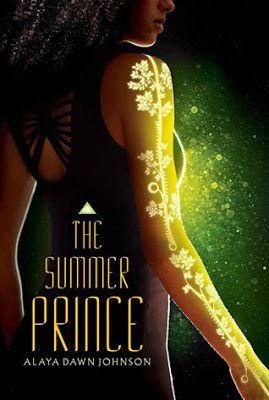